Scale of the Universe 2. Life Expectancy. Log into Facebook. Per capita electricity from fossil fuels, nuclear and renewables, 2020. The most liberal and conservative big cities in America, in one chart. What Is a Particle? Given that everything in the universe reduces to particles, a question presents itself: What are particles? 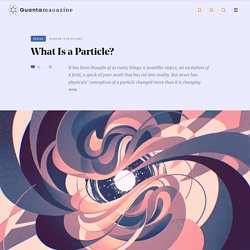 The easy answer quickly shows itself to be unsatisfying. Namely, electrons, photons, quarks and other “fundamental” particles supposedly lack substructure or physical extent. “We basically think of a particle as a pointlike object,” said Mary Gaillard, a particle theorist at the University of California, Berkeley who predicted the masses of two types of quarks in the 1970s. And yet particles have distinct traits, such as charge and mass. We need a new Theory of Everything. Stumbleupon. Climate scientists tend not to report climate results in whole temperatures. 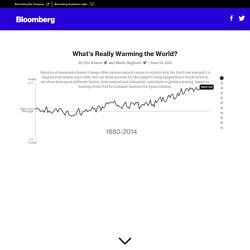 From Pluto to the Sun: A Field Guide to the Solar System. This great map lets you explore the history of migration for every country in the world. Mother tongues - www.lucasinfografia.com. Mother tongues INFOGRAPHIC. 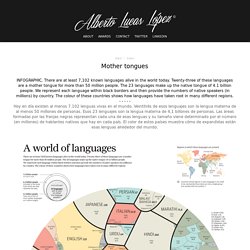 There are at least 7,102 known languages alive in the world today. Twenty-three of these languages are a mother tongue for more than 50 million people. The 23 languages make up the native tongue of 4.1 billion people. We represent each language within black borders and then provide the numbers of native speakers (in millions) by country. Recognizable Geometry: Wolfram Physics Project Technical Background.

Particularly for potential applications to fundamental physics, it will be of great importance to understand what happens if we run our models for many steps—and to find ways to characterize overall behavior that emerges. 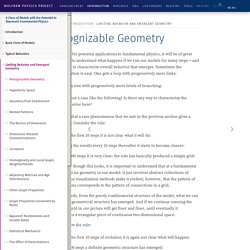 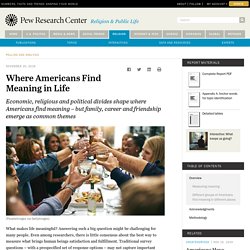 100 Amazing World Maps. Ten facts about the economics of climate change and climate policy. Fact 1: Damages to the U.S. economy grow with temperature change at an increasing rate. 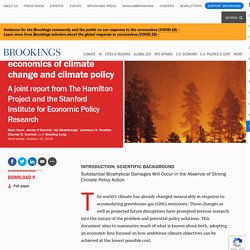 The physical changes described in the introduction will have substantial effects on the U.S. economy. Climate change will affect agricultural productivity, mortality, crime, energy use, storm activity, and coastal inundation (Hsiang et al. 2017). In figure 1 we focus on the economic costs imposed by climate change in the United States for different cumulative increases in temperature. It is immediately apparent that economic costs will vary greatly depending on the extent to which global temperature increase (above preindustrial levels) is limited by technological and policy changes. Double tipping points in 2019: When the world became mostly rich and largely old. When it comes to economic development, positive change is typically gradual and only noticeable over long periods of time; by contrast negative developments—economic crises—are often rapid and spectacular. 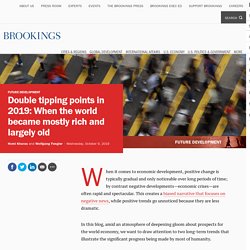 This creates a biased narrative that focuses on negative news, while positive trends go unnoticed because they are less dramatic. In this blog, amid an atmosphere of deepening gloom about prospects for the world economy, we want to draw attention to two long-term trends that illustrate the significant progress being made by most of humanity. Two questions are central to each human being: How long will I live? How much money will I earn?

While we all approach these questions with many nuances and influencing factors (such as education, health, political stability, climate, infrastructure), almost everyone in the world wants an uplifting answer to both questions. Population of Canada 2100. 16 Government Types - Infographic Facts. 16 Government Types. 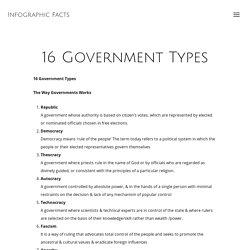 What Kind of Problem Is Climate Change? Is there any way to escape the prisoner’s dilemma facing the provision of a public good? 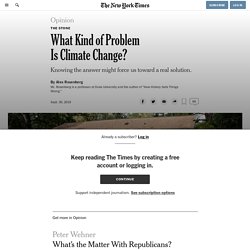 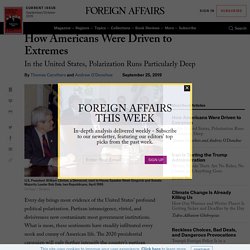 The past, present and future of climate change - Global warming 101. IN THE EARLY 19th century Joseph Fourier, a French pioneer in the study of heat, showed that the atmosphere kept the Earth warmer than it would be if exposed directly to outer space. By 1860 John Tyndall, an Irish physicist, had found that a key to this warming lay in an interesting property of some atmospheric gases, including carbon dioxide. They were transparent to visible light but absorbed infrared radiation, which meant they let sunlight in but impeded heat from getting out.

By the turn of the 20th century Svante Arrhenius, a Swedish chemist, was speculating that low carbon-dioxide levels might have caused the ice ages, and that the industrial use of coal might warm the planet. What if We Stopped Pretending the Climate Apocalypse Can Be Stopped? Call me a pessimist or call me a humanist, but I don’t see human nature fundamentally changing anytime soon. The hard truths of climate change — by the numbers. Teenagers’ views on climate change shows baby boomers will be remembered poorly. America has two economies—and they’re diverging fast. We’ve been harping for a while on the stark economic divides that define American life in the Donald Trump years. To be sure, racial and cultural resentment have been the prime factors of the Trump backlash, but it’s also clear that the two parties speak for and to dramatically different segments of the American economy.

Where Republican areas of the country rely on lower-skill, lower-productivity “traditional” industries like manufacturing and resource extraction, Democratic, mostly urban districts contain large concentrations of the nation’s higher-skill, higher-tech professional and digital services. Yet now comes another wrinkle to the story. This Is Your Brain on Nationalism. He never stood a chance. His first mistake was looking for food alone; perhaps things would have turned out differently if he’d been with someone else. The second, bigger mistake was wandering too far up the valley into a dangerous wooded area.

This was where he risked running into the Others, the ones from the ridge above the valley. At first, there were two of them, and he tried to fight, but another four crept up behind him and he was surrounded. They left him there to bleed to death and later returned to mutilate his body. Where Millennials end and Generation Z begins. For decades, Pew Research Center has been committed to measuring public attitudes on key issues and documenting differences in those attitudes across demographic groups. One lens often employed by researchers at the Center to understand these differences is that of generation. Generations provide the opportunity to look at Americans both by their place in the life cycle – whether a young adult, a middle-aged parent or a retiree – and by their membership in a cohort of individuals who were born at a similar time.

As we’ve examined in past work, generational cohorts give researchers a tool to analyze changes in views over time. Future - The greatest long-term threats facing humanity. The US has 11 separate 'nations' with entirely different cultures - Business Insider. The countries projected to gain and lose the most people by 2100. Four of the 10 most populous countries in the world will no longer be among the top 10 in 2100 – and all four will be supplanted by rapidly growing nations in Africa, according to recently released population projections from the United Nations.

Hong Kong’s Collision Course. The world’s population (which sits at 7.7 billion) will hit 10.9 billion at the century’s end, according to estimates from a new UN report, but rates of growth will diminish by 2100 and world population could begin to plateau due to low fertility rates. The Most Important X-Ray Image Ever Taken Proved The Existence Of Dark Matter.

Quantum to Cosmos. This map shows where the wealthy — and not so wealthy — of the world live. If you need to see just how much wealth inequality exists across the globe, look no further. Source: Credit Suisse and HowMuch.net The Credit Suisse Research Institute, a think tank within the Swiss investment bank Credit Suisse, in October published its annual global wealth report. That report estimates the wealth holdings of households around the world, to show wealth distribution across countries. How the world’s 10 largest economies have evolved since 1961, in one chart. 16 types of government. Roadless Forest. The Order of Time by Carlo Rovelli review – a worthy heir to Stephen Hawking. Jim Holt: Why does the universe exist? Our Sun Is Lighter Than Ever, And The Problem Is Getting Worse. Wikiwand. Damn Girl, You’ve Got a High AQ.

tYfDNmU.png (PNG Image, 823 × 4579 pixels) - Scaled (21%) Stuff in Space. War and Peace - Our World in Data. The 11 nations of the United States. Shifting tides: Global economic scenarios for 2015–25. At the National People’s Congress in Beijing in March 2015, China’s Premier Li Keqiang announced a growth target of 7 percent, acknowledging that “deep-seated problems in the country’s economy are becoming more obvious.”