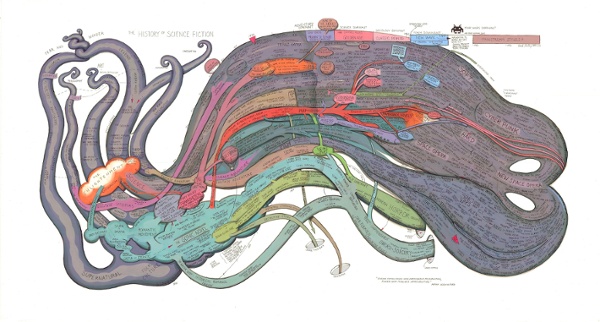 The most liberal and conservative big cities in America, in one chart Even the most conservative cities in America are barely right of center, as this great chart from the Economist, based on research from Chris Tausanovitch at UCLA and Christopher Warshaw at MIT, shows: It's no surprise that most big cities are left of center, as the Pew Research Center points out. What's interesting is how liberal even the median big city is. Cincinnati, for example, hangs around the center of big cities' political spectrum, but the Economist's chart shows it's still fairly liberal. For another look at the liberal and conservative towns and cities each state, check out this map from Business Insider:

riddles(hard) ] There are three puzzlers in the puzzle forum: A Newbie, a Senior Riddler, and an Uberpuzzler. All three are honest, but can only give answers to the best of their knowledge. Newbies are confused creatures. Until their fifteenth posts, they are only able to make random responses!* Isaac Asimov - The Last Question The last question was asked for the first time, half in jest, on May 21, 2061, at a time when humanity first stepped into the light. The question came about as a result of a five dollar bet over highballs, and it happened this way: Alexander Adell and Bertram Lupov were two of the faithful attendants of Multivac. As well as any human beings could, they knew what lay behind the cold, clicking, flashing face — miles and miles of face — of that giant computer.

Shifting tides: Global economic scenarios for 2015–25 At the National People’s Congress in Beijing in March 2015, China’s Premier Li Keqiang announced a growth target of 7 percent, acknowledging that “deep-seated problems in the country’s economy are becoming more obvious.” Three months later and thousands of miles away in Washington, the World Bank lowered its growth forecasts across the board and asked the US Federal Reserve Bank to delay any contemplated rate hikes. The World Bank’s chief economist said that it had “just switched on the seat belt sign. We are advising nations, especially emerging economies, to fasten their seat belts.” So it’s going to be a bumpy ride?