Dyslexia. 6 Ways to Train Your Brain to Literally Get Smarter. Free Working Memory Test - MemoryHealthCheck. Exercise your working memory capacity with these online screening tests: A popular working memory test that is used in many cognitive and neuroscience research labs. 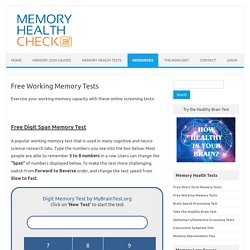 Type the numbers you see into the box below. Most people are able to remember 5 to 8 numbers in a row. Users can change the “Span” of numbers displayed below. To make this test more challenging, switch from Forward to Reverse order, and change the test speed from Slow to Fast. Digit Memory Test by MyBrainTest.org Click on 'New Test' to start the test Curious to know more about your brain? Working memory is the capacity to hold small amounts of information in an active, easily accessible state, usually for less than 30 seconds at a time.

Gray matter boost. Autism. Do Certain Sounds Enrage You? Neurologists May Know Why. Just hours after burying his dearly departed cat, Garlic, in a nearby park, 22-year-old Chinese businessman Huang Yu had a change of heart. 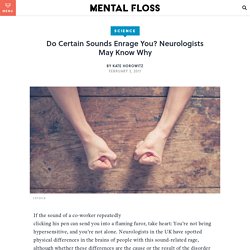 He dug him right back up and relocated him to the refrigerator. Then, The New York Times reports, Huang forked over about $35,000 to a Beijing pet-cloning company called Sinogene, hoping it could bring back his beloved British shorthair, gone too soon from a urinary tract disease. Seven months later, Sinogene debuted China’s first official cat clone (also named Garlic). As The Scientist explains, Sinogene created 40 clone embryos using Garlic’s skin cells and other cats’ eggs, and then injected those embryos into four host cats. Feel like quitting? Blame your brain cells. Throughout our lives, we are often encouraged to “not give up” when facing a hurdle. 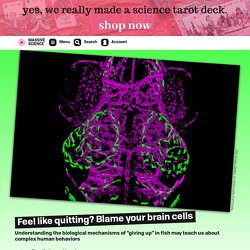 But in nature, giving up isn’t necessarily seen as something inherently bad. Realizing that an attempt to achieve something is not accomplishing its goal, and then stopping that behavior, can actually be beneficial. When confronted with a difficult challenge or obstacle, animals often “give up” to conserve energy between attempts or to identify other strategies to succeed— or reassess if the effort is even worth it. Twenty Years After a Brain Injury, I’m Finally Getting on with My Life. And I’m Terrified. What Happens When You Spend a Year Using Science to Improve Your Brain - The Verge - Pocket. Illustration James Bareham / The Verge Here are two things that are both true. 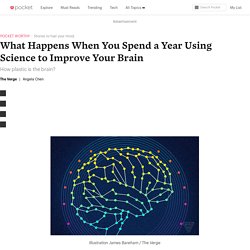 Neuroplasticity is real — that is, the brain really can change and learn and improve based on experience. And there’s little evidence that brain-training games are any better than placebo. “So,” wondered science journalist Caroline Williams, “if brain training isn’t the way to apply it, what should we be doing?” Williams is the author of My Plastic Brain: One Woman’s Yearlong Journey to Discover if Science Can Improve Her Mind. Secrets of the Creative Brain - The Atlantic - Pocket. As a psychiatrist and neuroscientist who studies creativity, I’ve had the pleasure of working with many gifted and high-profile subjects over the years, but Kurt Vonnegut—dear, funny, eccentric, lovable, tormented Kurt Vonnegut—will always be one of my favorites. 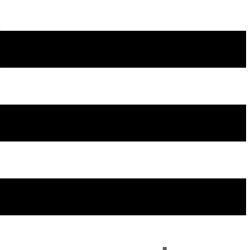 Kurt was a faculty member at the Iowa Writers’ Workshop in the 1960s, and participated in the first big study I did as a member of the university’s psychiatry department. I was examining the anecdotal link between creativity and mental illness, and Kurt was an excellent case study. He was intermittently depressed, but that was only the beginning. His mother had suffered from depression and committed suicide on Mother’s Day, when Kurt was 21 and home on military leave during World War II. His son, Mark, was originally diagnosed with schizophrenia but may actually have bipolar disorder.

Are Cyborg Warriors a Good Idea? Germs in Your Gut Are Talking to Your Brain. Scientists Want to Know What They’re Saying. The Empty Brain - aeon - Pocket. No matter how hard they try, brain scientists and cognitive psychologists will never find a copy of Beethoven’s 5th Symphony in the brain – or copies of words, pictures, grammatical rules or any other kinds of environmental stimuli. 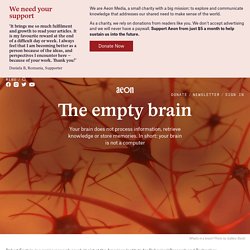 The human brain isn’t really empty, of course. But it does not contain most of the things people think it does – not even simple things such as ‘memories’. Our shoddy thinking about the brain has deep historical roots, but the invention of computers in the 1940s got us especially confused. For more than half a century now, psychologists, linguists, neuroscientists and other experts on human behaviour have been asserting that the human brain works like a computer.

To see how vacuous this idea is, consider the brains of babies. Choice page. What Happens When You Spend a Year Using Science to Improve Your Brain - The Verge - Pocket. ?kh=-1&uddg=

How a Periodic Table of Brains Could Revolutionize Neuroscience. We may finally know what causes Alzheimer’s – and how to stop it. By Debora MacKenzie If you bled when you brushed your teeth this morning, you might want to get that seen to. 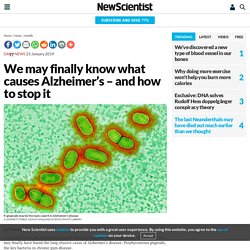 We may finally have found the long-elusive cause of Alzheimer’s disease: Porphyromonas gingivalis, the key bacteria in chronic gum disease. That’s bad, as gum disease affects around a third of all people. But the good news is that a drug that blocks the main toxins of P. gingivalis is entering major clinical trials this year, and research published today shows it might stop and even reverse Alzheimer’s. How to Prevent Alzheimer's Disease, According to a Top Brain Doctor. Choice page.

Betterment. Concept of time. Secrets of the Creative Brain - The Atlantic - Pocket. As a psychiatrist and neuroscientist who studies creativity, I’ve had the pleasure of working with many gifted and high-profile subjects over the years, but Kurt Vonnegut—dear, funny, eccentric, lovable, tormented Kurt Vonnegut—will always be one of my favorites. 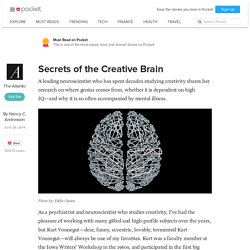 Kurt was a faculty member at the Iowa Writers’ Workshop in the 1960s, and participated in the first big study I did as a member of the university’s psychiatry department. I was examining the anecdotal link between creativity and mental illness, and Kurt was an excellent case study. He was intermittently depressed, but that was only the beginning. His mother had suffered from depression and committed suicide on Mother’s Day, when Kurt was 21 and home on military leave during World War II. His son, Mark, was originally diagnosed with schizophrenia but may actually have bipolar disorder. While mental illness clearly runs in the Vonnegut family, so, I found, does creativity. My final challenge was selecting a control group. The Human Brain Is a Time Traveler. Randy Buckner was a graduate student at Washington University in st. 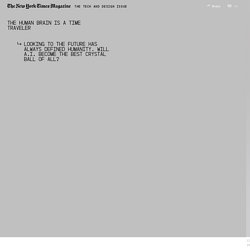 Louis in 1991 when he stumbled across one of the most important discoveries of modern brain science. For Buckner — as for many of his peers during the early ’90s — the discovery was so counterintuitive that it took years to recognize its significance. Buckner’s lab, run by the neuroscientists Marcus Raichle and Steven Petersen, was exploring what the new technology of PET scanning could show about the connection between language and memory in the human brain. The promise of the PET machine lay in how it measured blood flow to different parts of the brain, allowing researchers for the first time to see detailed neural activity, not just anatomy.

In Buckner’s study, the subjects were asked to recall words from a memorized list; by tracking where the brain was consuming the most energy during the task, Buckner and his colleagues hoped to understand which parts of the brain were engaged in that kind of memory. How Your Brain Decides Without You - Nautilus - Pocket. Princeton’s Palmer Field, 1951. 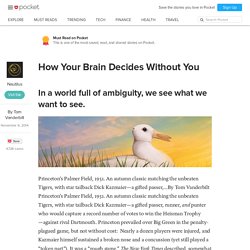 A New Treatment for Alzheimer's? It Starts With Lifestyle. Sending a Signal Treating Alzheimer’s has been a challenge because, until now, little meaningful progress has been made. Neurologists on the front lines have felt powerless, watching their patients disappear into the sinkhole of forgetfulness. Big Pharma’s focus on a one-size-fits-all anti-amyloid drug, and the billions in funding that went with it, largely eclipsed a dramatically different story that was quietly emerging from independent academic studies over the past decade: Other health conditions, such as our sedentary lifestyles, poor eating habits, Type 2 diabetes, insulin resistance and skyrocketing obesity, play a huge role.

“But you can’t package or patent a lifestyle,” Galvin dryly observes. In his darkest moments, Galvin wondered if he was doing anything for anybody. Richard Isaacson, the founder and director of the Alzheimer’s Prevention Clinic at New York Presbyterian Weill Cornell Medical Center, spends hours with each patient doing a thorough health analysis. Future - There is mounting evidence that herpes leads to Alzheimer’s. More than 30 million people worldwide suffer from Alzheimer’s disease – the most common form of dementia.

Unfortunately, there is no cure, only drugs to ease the symptoms. However, my own research suggests a way to treat the disease. I have found the strongest evidence yet that the herpes virus is a cause of Alzheimer’s, suggesting that effective and safe antiviral drugs might be able to treat the disease. 100 Percent Is Overrated - The Atlantic - Pocket. People are born with some innate cognitive differences, but those differences are eclipsed by early achievement, Boaler argues. When people perform well (academically or otherwise) at early ages and are labeled smart or gifted, they become less likely to challenge themselves. They become less likely to make mistakes, because they stay in their comfortable comfort zone and stop growing.

And their fixed mindset persists through adulthood. The simple and innocent praising of a smart kid feeds an insidious problem that some researchers track all the way up to gender inequality in STEM careers. "Stress Hormone" Cortisol Linked to Early Toll on Thinking Ability. The stresses of everyday life may start taking a toll on the brain in relatively early middle age, new research shows.

The study of more than 2,000 people, most of them in their 40s, found those with the highest levels of the stress-related hormone cortisol performed worse on tests of memory, organization, visual perception and attention. The video game that helped me understand my grandma's dementia. How to Improve Your Memory: 38 Research- and Expert-Backed Tricks. The first “social network” of brains lets three people transmit thoughts to each other’s heads. The ability to send thoughts directly to another person’s brain is the stuff of science fiction.