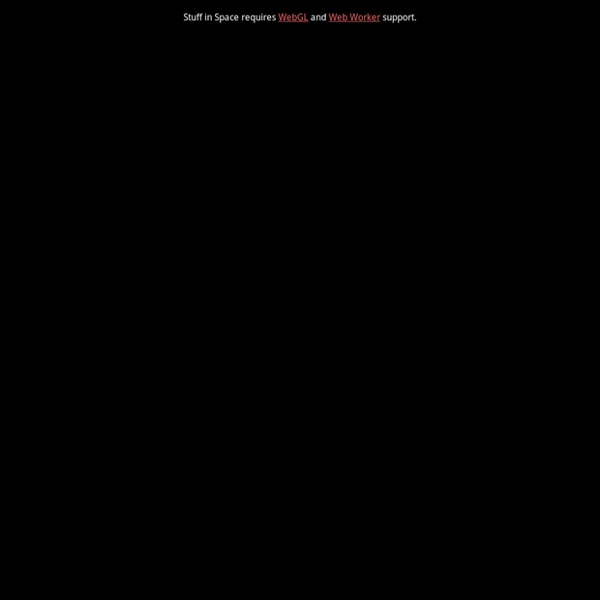 The Order of Time by Carlo Rovelli review – a worthy heir to Stephen Hawking In Hitler’s Germany, a handful of physicists bristled at the mere mention of quantum theory. The troubling uncertainties of Einsteinian relativity and other physical exotica were viewed as “Jewish science” inimical to German nationhood and the Newtonian mechanics of Deutsche Physik. “German physics” (sometimes called “Aryan physics”) failed to make inroads in 1930s Germany because its champions were so plainly deluded. Uses or Simple Applications of Electromagnetism in Technology and Life written by: sriram balu • edited by: Swagatam • updated: 12/1/2011 Electromagnetism has created a revolution not only in the field of engineering, but also in various other fields like medicine, space, construction etc. Read here to know about various uses of electromagnetism in everyday life from household appliances to research labs. Uses of Electromagnetism in LifeWhatever powered devices we use, from table clocks to microwave ovens, have some form of electromagnetic principle involved in their functioning.

Life After the Bombs - Map: A Reign of Bombs The Vietnam War spilled into Laos with terrible force. To break enemy supply lines and maintain control of the strategic Plain of Jars—endeavors that eventually failed—the U.S. and its allies flew hundreds of thousands of bombing sorties over Laos. Between 1964 and 1973 some two million tons of ordnance were dropped on Laos—up to 2,000 pounds for every Laotian man, woman, and child.

Our Sun Is Lighter Than Ever, And The Problem Is Getting Worse Here on Earth, the ingredients for life to survive, thrive, evolve, and sustain itself on our world have all coexisted without fail for billions of years. In addition to all the atoms and molecules our planet possesses, our world also has the right conditions for liquid water on its surface, owing to our atmosphere and being at just the right distance from our Sun. Yet if the Sun were either significantly cooler or hotter, that habitability would come to an abrupt end. All the ingredients we could conceive of wouldn’t change the simple fact: without the right energy input from our Sun, life would be an impossibility.

What is RFID? RFID stands for Radio Frequency IDentification, a technology that uses tiny computer chips smaller than a grain of sand to track items at a distance. RFID "spy chips" have been hidden in the packaging of Gillette razor products and in other products you might buy at a local Wal-Mart, Target, or Tesco - and they are already being used to spy on people. Each tiny chip is hooked up to an antenna that picks up electromagnetic energy beamed at it from a reader device.

How the world’s 10 largest economies have evolved since 1961, in one chart The fact that the U.S. economy has long been the world’s largest is not new. Nor is China’s rapid ascent to the world’s second-largest economy. But an animated graphic making its way around the internet gives new perspective to how the world’s 10 largest economies, measured by GDP, have developed over the past six decades. The graphic, seen in this tweet from Madrid-based fund manager Jaime Albella, shows the dominance of the U.S. economy since 1961, and also the horse race among other countries for the runner-up spot. In the early 1960s, aside from the U.S., the list is topped largely by Western European economies, along with Japan and China. The U.S. already has a sizeable lead, since it was pretty much the only major economy that did not have to rebuild after World War II.

Facts About Maglev Magnetic levitation transport, or maglev, is a modern form of transportation that suspends, guides and propels vehicles (especially trains) via electromagnetic force. This High-Tech method can be significantly faster than wheeled mass transit systems, potentially reaching velocities comparable to turboprop and jet aircraft (550 to 700 km/h) in regular service. Maglev systems represent a revolutionary transport innovation. At the same time, they can also function as a technology development platform (e.g., superconductors, new materials). They can, in certain cases, bring positive economic benefits through the optimization of spatial networking, travel time reduction and resource efficiency.

Atlantean Puzzle Pieces See the following Nahuatl (Aztec Words) before beginning this article: Atl = Water.Atlan = In, by, alongside, under water.Atlah= Abundant water.Ahtlantica=A big stretch of abundant water (A Nahuatl name for the Atlantic Ocean.).Atlantona = Resplendent Lady of Water (Another Nahuatl name for the Atlantic Ocean).Atlantech/Atlantesh = Place under, by, in, alongside water.Atlantes = Nahuatl name for Atlas holding up the world. Atlantean Puzzle Pieces Copyright by Ed Ziomek, Stamford, CT, and Johnny Ziomek (Los Angeles)

This map shows where the wealthy — and not so wealthy — of the world live If you need to see just how much wealth inequality exists across the globe, look no further. Source: Credit Suisse and HowMuch.net The Credit Suisse Research Institute, a think tank within the Swiss investment bank Credit Suisse, in October published its annual global wealth report. That report estimates the wealth holdings of households around the world, to show wealth distribution across countries. Then, the personal-finance website HowMuch.net used those findings to create a color-coded map of wealth across the world. The result: Iceland, Greenland, Canada, the U.S. and many countries in Europe are literally “in the green” on the map — meaning the average net worth per adult is at least $100,000. Uses or Simple Applications of Electromagnetism in Technology and Life written by: sriram balu • edited by: Swagatam • updated: 12/1/2011 Electromagnetism has created a revolution not only in the field of engineering, but also in various other fields like medicine, space, construction etc. Read here to know about various uses of electromagnetism in everyday life from household appliances to research labs. Uses of Electromagnetism in LifeWhatever powered devices we use, from table clocks to microwave ovens, have some form of electromagnetic principle involved in their functioning.

The Most Important X-Ray Image Ever Taken Proved The Existence Of Dark Matter When it comes to the Universe, it mainly generates X-rays through high-temperature heating. When matter heats up, through collisions, interactions, acceleration or collapse, it can emit X-rays. Galaxy clusters, supernova remnants, active galaxies, binary star systems, and even the Moon emit them. Yet the most important X-ray image of all time was an incredible surprise. This is the Bullet Cluster: a system of two galaxy clusters colliding at high speeds. As the gaseous matter inside collides, it slows, heats up, and lags behind, emitting X-rays.

News - NASA Space Telescopes Provide a 3D Journey Through the Orion Nebula Astronomers and visualization specialists from NASA’s Universe of Learning program have combined visible and infrared vision of the Hubble and Spitzer space telescopes to create an unprecedented, three-dimensional, fly-through view of the picturesque Orion Nebula, a nearby star-forming region. Viewers experience this nearby stellar nursery “close up and personally” as the new digital visualization ferries them among newborn stars, glowing clouds heated by intense radiation, and tadpole-shaped gaseous envelopes surrounding protoplanetary disks. Using actual scientific imagery and other data, combined with Hollywood techniques, a team at the Space Telescope Science Institute in Baltimore, Maryland, and the Caltech/IPAC in Pasadena, California, has created the best and most detailed multi-wavelength visualization yet of this photogenic nebula. The fly-through enables people to experience and learn about the universe in an exciting new way.

Hidden codex may reveal secrets of life in Mexico before Spanish conquest One of the rarest manuscripts in the world has been revealed hidden beneath the pages of an equally rare but later Mexican codex, thanks to hi-tech imaging techniques. The Codex Selden, a book of concertina-folded pages made out of a five-metre strip of deerhide, is one of a handful of illustrated books of history and mythology that survived wholesale destruction by Spanish conquerors and missionaries in the 16th century. Researchers using hyperspectral imaging, a technique originally used for geological research and astrophysics, discovered the underlying images hidden beneath a layer of gesso, a plaster made from ground gypsum and chalk, without damaging the priceless later manuscript.