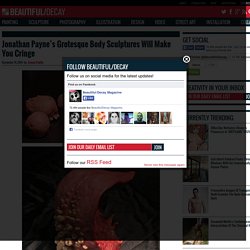 Warty skin and overgrown toenails, a tooth-penis-nipple hybrid, and a tongue with teeth in place of taste buds are some of the highlights of his shudder-worthy pieces. The sculptures evoke a very physical reaction in the viewer. They are extremely life-like, and so it’s easy to project your own senses into the toes and teeth, to imagine what it would feel like to have those body parts connected together. They’re anxiety inducing, but you can’t look away, they’re so horrifyingly real. If you’re wondering what they’re made of to look so realistic, Payne uses super sculpey, polymer clay, acrylic, and human hair. The Problem With Wearable Technology, According To "Blade Runner" Designer Syd Mead.

If anyone can call himself a "visual futurist" with a straight face, it's Syd Mead, the legendary concept artist behind Blade Runner, Tron, and Aliens. 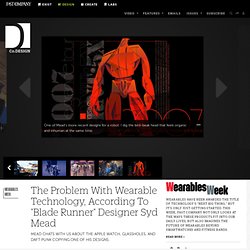 I could think of no one better qualified to critique the present and future of worn technologies for our special theme week on wearables, so I caught up with Mead via email, where he explained to me that "wearables" as a term are meaningless in their scope. And the products on or coming to market today, by companies like Apple and Google, are little more than failed fashion attempts. Digging deeper, Mead calls into question the very construct of fashion in the first place--claiming that timeless fashion is really a result of garments having utility.

His inspiring concept art has established him as one of the greatest futurists of the modern era, but if our conversation proved anything, it's that he's still a function-focused designer at heart. Any consumer technology conversion is directed at consumer acceptance. More from Wearables Week: The Overlooked Feelings of Soga Kayoko. The Overlooked Feelings of Soga Kayoko. 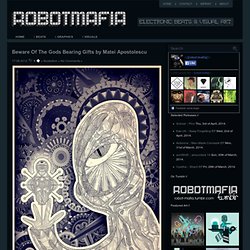 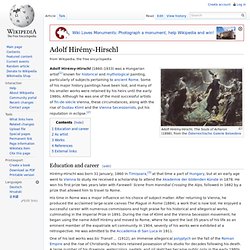 Some of his major history paintings have been lost, and many of his smaller works were retained by his heirs until the early 1980s. Although he was one of the most successful artists of fin-de-siècle Vienna, these circumstances, along with the rise of Gustav Klimt and the Vienna Secessionists, put his reputation in eclipse.[2] Education and career[edit] Hirémy-Hirschl was born 31 January, 1860 in Timișoara,[3] at that time a part of Hungary, but at an early age went to Vienna to study. He received a scholarship to attend the Akademie der bildenden Künste in 1878. Kris Kuksi: Impressive detailed macabre sculptures. Kuksi’s art speaks of a timelessness–potentiality and motion attempting to reach on forever, and yet pessimistically delayed; forced into the stillness of death and eternal sleep. 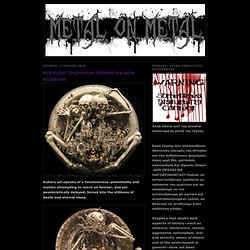 He treats morbidity with a sympathetic touch and symbolizes the paradox of the death of the individual by objective personification of death. There is a fear of this consciousness because it drops in upon us without mercy, and yet there is a need to appeal to it in order to provide a sense of security, however deluded that sense may be. Kuksi’s art warns us that this appeal is irrelevant, and that we should be slow to create a need for it.

His themes also teach us that although death may pursue us arbitrarily, we should never neglect to mourn the tremendous loss of individual potential. Born March 2, 1973, Kris spent his youth in rural seclusion and isolation along with a blue-collar, working mother, two much-older brothers and an absent father. Dark Art: Zdzislaw Beksinski gallery. Biocentrism Demystified: A Response to Deepak Chopra and Robert Lanza's Notion of a Conscious Universe. Co-authored with Ajita Kamal Editor’s Note: This article has been cited by P.Z. 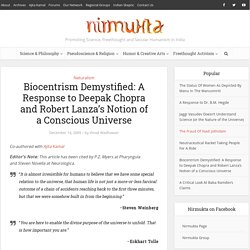 Myers at Pharyngula and Steven Novella at Neurologica. “It is almost irresistible for humans to believe that we have some special relation to the universe, that human life is not just a more-or-less farcical outcome of a chain of accidents reaching back to the first three minutes, but that we were somehow built in from the beginning.” –Steven Weinberg “You are here to enable the divine purpose of the universe to unfold. 1.

The impulse to see human life as central to the existence of the universe is manifested in the mystical traditions of practically all cultures. In their recent article in The Huffington Post, biologist Robert Lanza and mystic Deepak Chopra put forward their idea that the universe is itself a product of our consciousness, and not the other way around as scientists have been telling us. 2. “Consider the color and brightness of everything you see ‘out there.’ 3. 4. Multiple universes 5. 6. 7. 8. Untitled. Nadezhda illarionova.