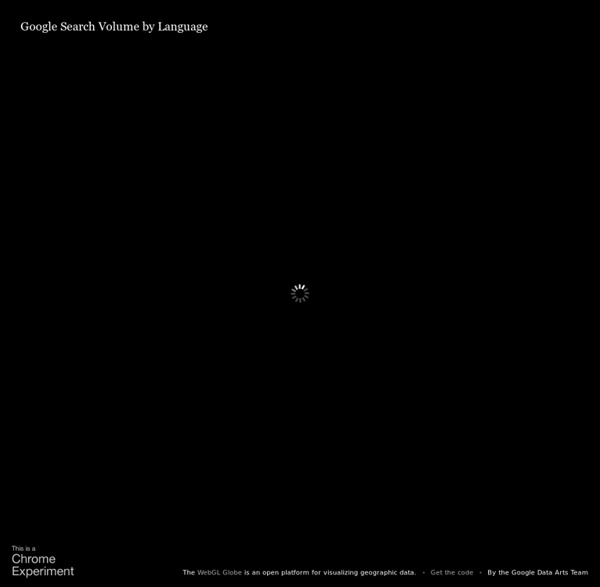 The most liberal and conservative big cities in America, in one chart Even the most conservative cities in America are barely right of center, as this great chart from the Economist, based on research from Chris Tausanovitch at UCLA and Christopher Warshaw at MIT, shows: It's no surprise that most big cities are left of center, as the Pew Research Center points out. What's interesting is how liberal even the median big city is. Swiffy As part of our transition of display ads to HTML5. the Swiffy Flash conversion tool is no longer available. We will continue to serve the Swiffy runtimes, so any files you have already converted will continue to play. Today more consumers are using the web in HTML5 compatible environments than Flash-compatible environments. In order to reach as large an audience as possible, we encourage everyone to transition to HTML5 authoring.

Developer Documentation March 30, 2020 Update: We understand these are challenging times for our developer community, so we are postponing disabling the Instagram Legacy API Platform by 90 days to June 29, 2020. Remaining endpoints on the Legacy API will no longer be available after this date and your app's users may lose functionality. We urge you to migrate to the Instagram Graph API and the Instagram Basic Display API without delay so that users of your app have time to transition as well. Shifting tides: Global economic scenarios for 2015–25 At the National People’s Congress in Beijing in March 2015, China’s Premier Li Keqiang announced a growth target of 7 percent, acknowledging that “deep-seated problems in the country’s economy are becoming more obvious.” Three months later and thousands of miles away in Washington, the World Bank lowered its growth forecasts across the board and asked the US Federal Reserve Bank to delay any contemplated rate hikes. The World Bank’s chief economist said that it had “just switched on the seat belt sign.

The top 20 data visualisation tools One of the most common questions I get asked is how to get started with data visualisations. Beyond following blogs, you need to practise – and to practise, you need to understand the tools available. In this article, I want to introduce you to 20 different tools for creating visualisations: from simple charts to complex graphs, maps and infographics. Almost everything here is available for free, and some you have probably installed already. Entry-level tools At the entry level, we'll be looking at unexpected uses for familiar tools.

Front-end Code Standards & Best Practices Introduction◊ This document contains the guidelines and best practices for the front-end web development team at Isobar. Each item here represents either: Mother tongues - www.lucasinfografia.com Mother tongues INFOGRAPHIC. There are at least 7,102 known languages alive in the world today. Twenty-three of these languages are a mother tongue for more than 50 million people. The 23 languages make up the native tongue of 4.1 billion people. We represent each language within black borders and then provide the numbers of native speakers (in millions) by country.

Getting Started with Your Facebook App on Heroku facebook Table of Contents A Facebook app typically uses an SDK to interact with the Facebook API, using Facebook’s Graph API and FQL to retrieve and post information to Facebook. A Facebook application can easily be developed and deployed to Heroku (in any of Heroku’s supported languages) which has code that interacts with Facebook’s APIs in this manner. This guide is for Facebook developers who develop and deploy their applications on Heroku. It assumes no previous knowledge of Heroku, and will walk through every part of the process: creating an app and a Heroku account, setting up local development tools, and deploying changes to your Facebook app.

The Order of Time by Carlo Rovelli review – a worthy heir to Stephen Hawking In Hitler’s Germany, a handful of physicists bristled at the mere mention of quantum theory. The troubling uncertainties of Einsteinian relativity and other physical exotica were viewed as “Jewish science” inimical to German nationhood and the Newtonian mechanics of Deutsche Physik. “German physics” (sometimes called “Aryan physics”) failed to make inroads in 1930s Germany because its champions were so plainly deluded. To forward-looking German physicists such as Max Planck and Werner Heisenberg, the idea that relativity was a “Jewish fraud” was manifest nonsense. Albert Einstein was indeed Jewish, but had he masterminded a “world crisis” in physics, as the anti-relativity lobby insisted? Hardly.

Code Space: Combining Touch, Devices, and Skeletal Tracking to Support Developer Meetings Code Space: Combining Touch, Devices, and Skeletal Tracking to Support Developer Meetings Andrew Bragdon, Robert DeLine, Ken Hinckley, and Meredith Ringel Morris November 2011 We present Code Space, a system that contributes touch + air gesture hybrid interactions to support co-located, small group developer meetings by democratizing access, control, and sharing of information across multiple personal devices and public displays. Our Sun Is Lighter Than Ever, And The Problem Is Getting Worse Here on Earth, the ingredients for life to survive, thrive, evolve, and sustain itself on our world have all coexisted without fail for billions of years. In addition to all the atoms and molecules our planet possesses, our world also has the right conditions for liquid water on its surface, owing to our atmosphere and being at just the right distance from our Sun. Yet if the Sun were either significantly cooler or hotter, that habitability would come to an abrupt end.

How the world’s 10 largest economies have evolved since 1961, in one chart The fact that the U.S. economy has long been the world’s largest is not new. Nor is China’s rapid ascent to the world’s second-largest economy. But an animated graphic making its way around the internet gives new perspective to how the world’s 10 largest economies, measured by GDP, have developed over the past six decades. The graphic, seen in this tweet from Madrid-based fund manager Jaime Albella, shows the dominance of the U.S. economy since 1961, and also the horse race among other countries for the runner-up spot. In the early 1960s, aside from the U.S., the list is topped largely by Western European economies, along with Japan and China.