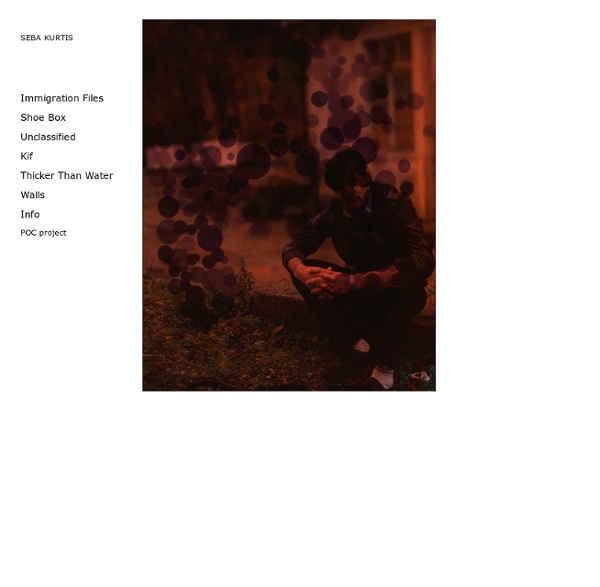 Chris Jordan Todd Hido The Delicate Handling of Images of War But two recent front-page images in The Times, both related to the deadly crisis in Syria, were something far more powerful. Appearing exactly two weeks apart, they were such memorable, telling images that they deserve some attention here. Thinking about them also raises the question of other images — those we don’t see, and why. The first, from Aug. 22, had a caption that read: “In Damascus, the bodies of people who Syrian rebels and supporters say were killed on Wednesday in a government attack.” Shrouded in white and unmarked by blood, at least four of the bodies are those of children. Michele McNally, the assistant managing editor in charge of photography, told me that she considered many alternatives before recommending this one to the top editors who accepted it. Ms. She looks for “emotional content — something that affects you.” President Obama evoked images like this one when he spoke to the nation on Tuesday night: “The images from this massacre are sickening. Ms. Now Syria.

Jason Koxvold Detroit, MI 2009 PIETER HUGO - Photographer The Death of Steven Sotloff - The New Yorker In the final moments before an ISIS executioner beheaded the American journalist Steven Sotloff, the masked man offered up, in an English accent, a message to his viewers: “We take this opportunity to warn those governments that enter this evil alliance of America against the Islamic State to back off and leave our people alone.” Beheading an American hostage—and a bound, kneeling one at that—hardly seems likely to keep the United States out of the Middle East. Indeed, ISIS leaders couldn’t have made the prospect of American airstrikes more likely if they had sent a video to President Obama begging him to drop more bombs. Which raises a larger question: What could these people possibly hope to gain from such an act? Carl von Clausewitz, the Prussian historian, told us that war is the continuation of politics by other means. But sometimes killing trumps politics. What was the point of these videos?

THE SOCHI PROJECT Suzanne Ruta: Photographing Algeria by Suzanne Ruta Picturing Algeria, by Pierre Bourdieu, forward by Craig Calhoun. Edited by Franz Schultheis and Christine Frisinghelli, Columbia University Press, 230 pp.Algeria, by Dirk Alvermann, Facsimile edition of a work first published in 1960. Steidl, Germany 2011 In 2004, just around the time the Abu Ghraib scandal broke, an exhibition of photographs from the Algerian war opened in Paris. During that war, 1954-1962, press censorship in France was intense, and indeed censorship and propaganda was one of the themes of this groundbreaking exhibit. An editorial in le Monde in May 2004 singled out this photograph as an unending source of national shame, but then went on to say that compared to what was coming out of Abu Ghraib, the photo from Algeria was “pudique”, chaste or modest. 2000 was the year the French rediscovered torture and rape during the Algerian war, after forty years of relative silence. Who are these teenage boys and what do they want? Field notes from a lost world?

Afghanistan women's lives in exhibition at Newcastle | UK news Lynsey Addario, Veiled Rebellion. Nazer Begam and her pregnant daughter Noor Nisa, 20, wait for transport to hospital, after their car broke down. Copyright Lynsey Addario, VII Photo Agency Lynsey Addario's tendency to work in some of the most dangerous places on earth is coupled with an ability to capture arresting images of what she sees there. The New York Times photographer was born in Connecticut and started photographing for newspapers in 1996, having had no professional training. Veiled Rebellion is the title of her exhibition showing the lives of women in Afghanistan, which opened at Newcastle's Side Gallery at the weekend. A few images show the beauty of the countryside set against the difficulties with which the Afghans struggle. Lynsey Addario, Veiled rebellion. Several of the images show the disgusting brutality that some men in the area inflict on women. Even in relatively progressive Kabul, men and women glare, honk and scream at her. Lynsey Addario, Veiled Rebellion.

Chaos and Killing in Syria: Photos of a Slow-Motion Civil War | Chaos and Killing in Syria: Photos of a Slow-Motion Civil War In March 2011, Arab Spring–inspired protests kicked off in the impoverished Syrian agricultural town of Dara‘a. The mini-uprising, defined by its peaceful character, met a brutal response, one that few observers at the time could have anticipated would blow up into a far wider rebellion against President Bashar Assad and the entrenched, decades-long rule of his family. With Syrian authorities clamping down on journalistic access and freedoms, we saw glimpses of the unrest there for months only through grainy YouTube footage—images as uncertain and hard to corroborate as the events on the ground. But roughly two years of violence has witnessed an all-out civil war, one that has perhaps irredeemably fissured the country along sectarian lines. The estimated death toll, according to the United Nations, is more than 70,000, though others claim it has surpassed 100,000. More than a million have been made refugees.