Political Thought in Islam - International Iqbal Society (Formerly DISNA) Pre-Islamic Arabia was divided into various tribes, continually at war with one another. 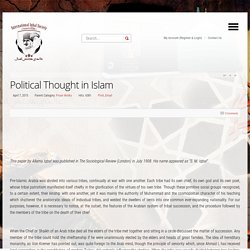 Inside the Iran Deal. Daily chart: The Arab spring, five years on. THERE were six Arab countries in which massive peaceful protests called for hated rulers to go in the spring of 2011. 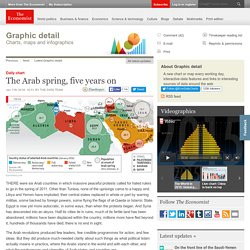 Other than Tunisia, none of the uprisings came to a happy end. Libya and Yemen have imploded, their central states replaced in whole or part by warring militias, some backed by foreign powers, some flying the flags of al-Qaeda or Islamic State. Egypt is now yet more autocratic, in some ways, than when the protests began. And Syria has descended into an abyss. Half its cities lie in ruins, much of its fertile land has been abandoned; millions have been displaced within the country, millions more have fled beyond it; hundreds of thousands have died; there is no end in sight. The Arab revolutions produced few leaders, few credible programmes for action, and few ideas. For decades Arab opinion-makers have ascribed a host of regional ills to the West. Read full article here.

The Economist. FOR years Saudi Arabia seemed inert, relying on its vast oil wealth and the might of its American patron to buy quiet at home and impose stasis on its neighbours. 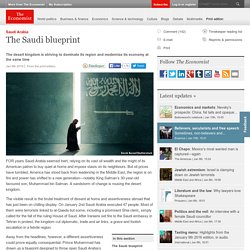 But oil prices have tumbled, America has stood back from leadership in the Middle East, the region is on fire and power has shifted to a new generation—notably King Salman’s 30-year-old favoured son, Muhammad bin Salman. A sandstorm of change is rousing the desert kingdom. The visible result is the brutal treatment of dissent at home and assertiveness abroad that has just been on chilling display. On January 2nd Saudi Arabia executed 47 people. The Economist. Job half-done. The Economist. Saudi Arabia, an ISIS That Has Made It. Photo Black Daesh, white Daesh. 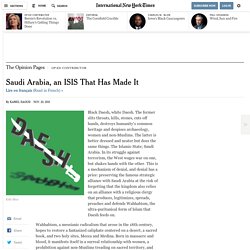 The Intense Images Of Afghanistan's Long And 'Distant War' On the first day of the Soviet withdrawal from Afghanistan in May 1988, an Afghan soldier hands a flag to a departing Soviet soldier in Kabul. 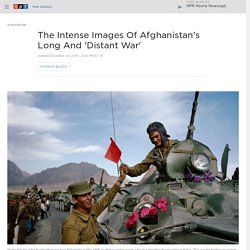 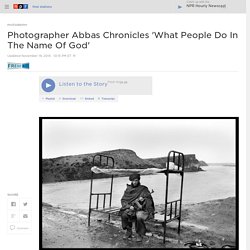 A. Abbas/Magnum Photos Hide caption A Christian holds a crucifix made in the Dogon style in Bugudunjuru, Mali in 1996. A. Abbas/Magnum Photos Hide caption Girls in hijab play touchball at the Zakaria Muslim Girls High School in Yorkshire, England in 1989. A. Hide caption Young and old Hasidic Jews congregate in Jerusalem. Iranian-born photographer Abbas knew from a very early age that he would spend his life taking pictures. "I could see history being made in front of my eyes," he tells Fresh Air's Terry Gross. In the late 1970s, Abbas' interest in bearing witness took him to his native Iran, during that country's Islamic Revolution. "Before the Iran revolution I had no desire to photograph religion," he explains. Abbas spent seven years chronicling Islam, then he moved on to other faiths, such as Christianity, Buddhism, Judaism, Paganism and Shamanism.

Interview Higlights. Where Does It Hurt, O City of Light. Upon receiving the news from Paris, I did what I often do in moments of crisis. 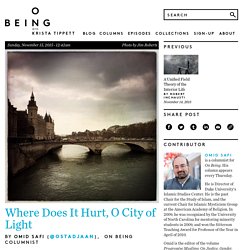 I turned off the TV — and sat with the grief. I turned, as I often do, to poetry, nature, scripture, and prayer. After the Paris attacks, here’s how to think about the relationship between ISIS and Islam. Members of German-Tunisian association DTV hold placards in front of the Brandenburg Gate in Berlin, which was illuminated with French national colors following the deadly terrorist attacks in Paris. 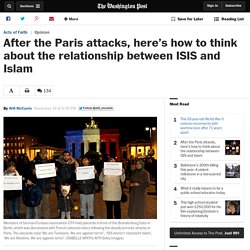 The placards read ‘We are Tunisians. We are against terror’, ‘ISIS doesn’t represent Islam’, ‘We are Muslims. We are against terror’. (ISABELLE WIRTH/AFP/Getty Images) The horrific terrorist attacks in Paris on Friday night have sparked yet another debate about the Islamic State and Islam. Untitled. How to think about Islamic State. Violence has erupted across a broad swath of territory in recent months: wars in Ukraine and the Middle East, suicide bombings in Xinjiang, Nigeria and Turkey, insurgencies from Yemen to Thailand, massacres in Paris, Tunisia and the American south. 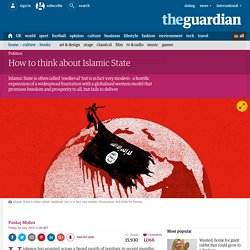 Future historians may well see such uncoordinated mayhem as commencing the third – and the longest and the strangest – of world wars. Certainly, forces larger and more complex than in the previous two wars are at work; they outrun our capacity to apprehend them, let alone adjust their direction to our benefit. The early post cold war consensus – that bourgeois democracy has solved the riddle of history, and a global capitalist economy will usher in worldwide prosperity and peace – lies in tatters. But no plausible alternatives of political and economic organisation are in sight. A world organised for the play of individual self-interest looks more and more prone to manic tribalism. You Can't Understand ISIS If You Don't Know the History of Wahhabism in Saudi Arabia  BEIRUT — The dramatic arrival of Da’ish (ISIS) on the stage of Iraq has shocked many in the West. 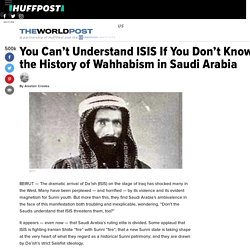 Many have been perplexed — and horrified — by its violence and its evident magnetism for Sunni youth. But more than this, they find Saudi Arabia’s ambivalence in the face of this manifestation both troubling and inexplicable, wondering, “Don’t the Saudis understand that ISIS threatens them, too?” It appears — even now — that Saudi Arabia’s ruling elite is divided. Some applaud that ISIS is fighting Iranian Shiite “fire” with Sunni “fire”; that a new Sunni state is taking shape at the very heart of what they regard as a historical Sunni patrimony; and they are drawn by Da’ish’s strict Salafist ideology.