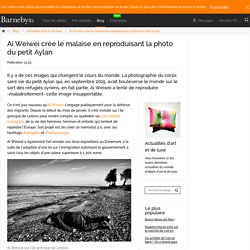 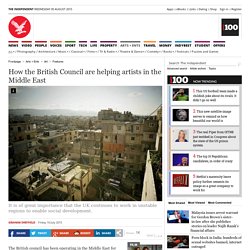 Furthermore, the arts provide genuine alternative pathways for young people at risk at home and abroad, creating safer, more secure environments. Sotheby's unveils key works of Middle Eastern art to go on sale in October - News - Art - The Independent. In London today, the auction house Sotheby’s unveiled a selection of the key works from Middle Eastern artists that will be auctioned in Doha in October. 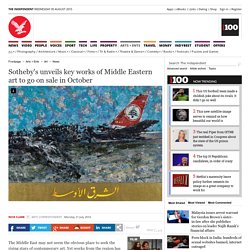 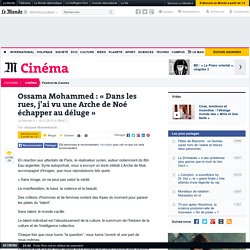 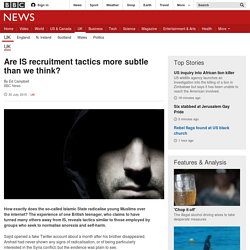 The experience of one British teenager, who claims to have turned many others away from IS, reveals tactics similar to those employed by groups who seek to normalise anorexia and self-harm. Sajid opened a fake Twitter account about a month after his brother disappeared. Art Of Syrian Refugees Sends A Message.. Is Anyone Listening? - ARA News. When Syrian artist Mohammed Al-Amari, 27, fled the country’s civil war last winter he couldn’t carry much. 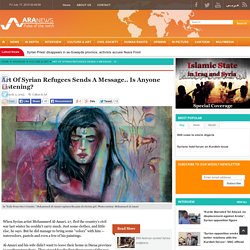 Arab Feminist Voices - Shubbak - a window on contemporary Arab culture. The Pulse of the Middle East. Hugh Roberts reviews ‘From Deep State to Islamic State’ by Jean-Pierre Filiu, ‘Syrian Notebooks’ by Jonathan Littell, ‘The Rise of Islamic State’ by Patrick Cockburn and ‘Isis’ by Michael Weiss and Hassan Hassan · LRB 16 July 2015. Damascus was the seat of the Umayyad dynasty, established by a clan of the Prophet’s tribe to rule the first Islamic empire. 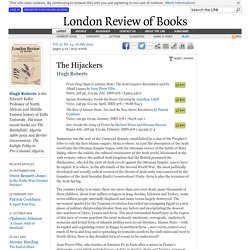 Syria is where, in 1516, the absorption of the Arab world into the Ottoman Empire began, with the Ottoman victory in the battle of Marj Dabiq; where the nahda, the cultural renaissance of the Arab world, blossomed in the 19th century; where the unified Arab kingdom that the British promised the Hashemites, who led the 1916-18 Arab revolt against the Ottoman Empire, was to have its capital. It is where, in the aftermath of the Second World War, the most politically developed and socially radical version of the dream of Arab unity was conceived by the founders of the Arab Socialist Baath (‘resurrection’) Party. Syria is also the terminus of the Arab Spring. The Creative Memory of the Syrian Revolution. By Doha Hassan, translated by Robin Moger. 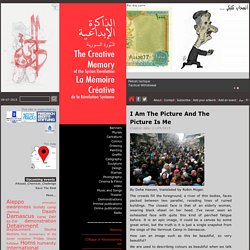 The crowds fill the foreground, a river of thin bodies, faces packed between two parallel, receding lines of ruined buildings. The closest face is that of an elderly woman, wearing black shawl on her head. I’ve never seen an exhausted face with quite this kind of parched fatigue before. It is an epic image, it could be a canvas by some great artist, but the truth is it is just a single snapshot from the siege of the Yarmouk Camp in Damascus. How can an image such as this be beautiful, so very beautiful? The Creative Memory of the Syrian Revolution. The child refugees dealing with war through art - vidéo dailymotion. 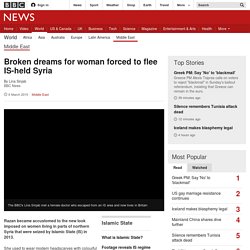 She used to wear modern headscarves with colourful outfits. But the jihadists forced her to wear a long, black abaya, a cloak covering her body, and a niqab, a veil that covered all but the area around her eyes. But Razan was no ordinary woman. She was a doctor at a hospital and a civil society activist who campaigned against violence, especially violence against women. During the first two years of the uprising in Syria - before IS first appeared and started to seize northern and eastern parts of the country - Razan and her fellow activists were able to operate freely and press their demands for freedom and democracy.

"It was a golden time", she says. But soon, those dreams turned into nightmares. Stonings "We used to do a lot of stuff hiding under our niqab because male jihadists would not uncover us," Razan says. Bodies on road. Isil holds heritage to ransom to fund fighters, US expert warns. Inside Syria - Syrian Diaries. Syria: “Lens of a Young Homsi”, Photographs of a City under Siege. When demonstrations started in Syria in March 2011, a group of friends from Homs, all under 25, took their cameras to photograph these unprecedented protests in their city. 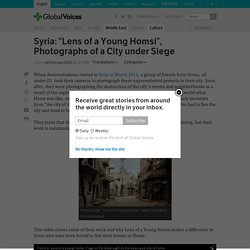 Soon after, they were photographing the destruction of the city´s streets and neighborhoods as a result of the regime crackdown. Through their lenses, they aim to show the world what Homs was like, and what it has become, documenting memorial revolutionary moments from “the city of the revolution”. They receive daily requests from people who had to flee the city and want to know if their houses have been destroyed or not. Syria’s Apex Generation - Exhibitions - Ayyam Gallery. Opening reception, artists' talk and book launch Dubai (Alserkal Avenue): Monday, 9 June from 7-9PM Beirut: Wednesday, 11 June from 7-10PM Extended untill: 28 August 2014 in Dubai (Al Quoz) and Beirut. Ayyam Gallery is pleased to announce Syria’s Apex Generation, an exhibition featuring recent works by artists Nihad Al Turk, Abdul Karim Majdal Al-Beik, Othman Moussa, Mohannad Orabi, and Kais Salman. Through Syrian eyes. Syriauntold. The Islamic State and the Cynicism of Nazi Analogies.

The popular British sketch comedy show That Mitchell and Webb Look opens with a sketch set during World War II in a Nazi base on the Eastern Front. One solider approaches another with a quandary about their uniforms. Challenging violence with creativity. The recent launch of "Syria Speaks: Arts and Culture from the Frontline" at events in The Hague and Amsterdam was in a sense a homecoming for a remarkable book whose roots lie in an exhibition of works by Syrian artists and cartoonists held at the Prince Claus Fund Gallery in Amsterdam in 2012. By Susannah Tarbush The Prince Claus Fund for Culture and Development has championed the book "Syria Speaks" from its inception, and continues to do so. It organised the launch in The Hague's Theater Aan Het Spui on 25 March as part of the Movies that Matter Film Festival, held annually by Amnesty International.

The following day, the book was launched in Amsterdam at the American Book Center. London-based editor and writer Malu Halasa was a curator of the ground-breaking 2012 "Culture in Defiance" exhibition in Amsterdam. Obsession: Radical Islam's War Against the West. In the wake of the terrorist attacks of September 11, 2001, Islamic fundamentalism has, in the minds of many, taken the place once held by communism as the leading threat to the safety and security of the industrialized West. Filmmakers Wayne Kopping and Raphael Shore explore what they regard as the most dangerous force since the rise of Nazism in this documentary. Obsession: Radical Islam's War Against the West features footage from Arab television outlets with interviews which are compared with newsreel images of terrorist actions staged by the PLO and other groups in an effort to show parallels between hate-based groups of the past and the current mood among Islamic extremists.

Obsession also includes interviews with guerilla fighters, former Hitler Youth members, and terrorist operatives as they discuss the role and function of extremist political and religious groups. Battling stigma: The British war artist who suffered post-traumatic stress after stint on Helmand front line - Asia - World - The Independent. He took a lot of photographs after he returned in 1945, and when he wasn't looking through lenses, he was barking orders at his family. The impact on me of his inability to communicate in a pleasant way, coupled with this need to mediate life via a lens, somehow transmuted into my career: for the past 10 years, I have used photography in a collaborative way, intended to be of direct, practical benefit to the subject.

In October 2010, I received an email from an arts organisation called Firstsite, regarding a residency working as a war artist in Helmand. Art, Conflict and Iraq: Panel Discussion at 56th Venice Biennale - Ruya Foundation For Contemporary Culture In Iraq. Ruya Foundation hosted a panel discussion on art, conflict and Iraq as part of its programme for the 56th Venice Biennale. Culture in Crisis. Syria's lost generation: report counts cost of collapse in education system.