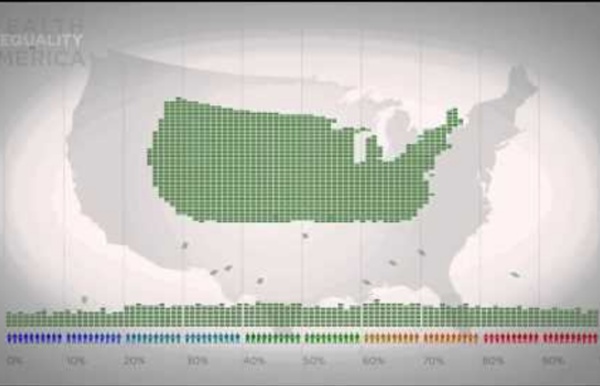 Rich-Get-Richer Effect Observed in BitCoin Digital Currency Network In January 2009, a small group of Internet enthusiasts began an unusual economic experiment when they began to trade a new type of digital cash known as BitCoin. After a shaky start, the idea caught on and grew rapidly after 2011. Today, bitcoins can buy a wider range of goods and services. In total, the BitCoin marketplace has hosted over 17 million transactions and the value of all the bitcoins in circulation is over $1 billion.

Oligarchy, American Style Anyone who has tracked this issue over time knows what I mean. Whenever growing income disparities threaten to come into focus, a reliable set of defenders tries to bring back the blur. Think tanks put out reports claiming that inequality isn’t really rising, or that it doesn’t matter. Pundits try to put a more benign face on the phenomenon, claiming that it’s not really the wealthy few versus the rest, it’s the educated versus the less educated. So what you need to know is that all of these claims are basically attempts to obscure the stark reality: We have a society in which money is increasingly concentrated in the hands of a few people, and in which that concentration of income and wealth threatens to make us a democracy in name only.

Stephen Hawking: You Should Support Wealth Redistribution In July, Professor Stephen Hawking took the time to answer questions posed by Reddit users in an AMA (Ask Me Antyhing), addressing one of the less discussed aspect of increasing technology and robotization: the distribution of wealth. Here’s the question, which is really interesting, and Hawking’s answer: Q: “Have you thought about the possibility of technological unemployment, where we develop automated processes that ultimately cause large unemployment by performing jobs faster and/or cheaper than people can perform them? Some compare this thought to the thoughts of the Luddites, whose revolt was caused in part by perceived technological unemployment over 100 years ago. In particular, do you foresee a world where people work less because so much work is automated?

EU migrant crisis: What we know about Syrian refugee boys Aylan and Galip Kurdi The Turkish smuggler who owned the boat is believed to have abandoned it when the sea became rough, leaving the passengers struggling to control it for an hour before it overturned. The boys’ father, Abdullah, was one of the few survivors. He was in the sea for three hours before he was rescued by the Greek coastguard. He tried to hold onto his family but one by one they were washed from his grasp. Where had they come from? The Kurdi family, who are ethnic Kurds, had fled the conflict in Syria, where they lived in the war-torn town of Kobane.

CEO-to-worker pay gap is obscene; want to know how obscene? Nothing seems to get U.S. corporations' dander up like a threat to the pay and perks of their chief executives. That's one explanation for corporate America's superheated, turbocharged, over-the-top reaction to the CEO pay ratio rule recently proposed by the Securities and Exchange Commission. The rule requires most large public companies to calculate the ratio of the pay of their chief executive officer to the median pay of all their employees. Capitalism vs. Democracy Thomas Piketty’s new book, “Capital in the Twenty-First Century,” described by one French newspaper as a “a political and theoretical bulldozer,” defies left and right orthodoxy by arguing that worsening inequality is an inevitable outcome of free market capitalism. Piketty, a professor at the Paris School of Economics, does not stop there. He contends that capitalism’s inherent dynamic propels powerful forces that threaten democratic societies. Capitalism, according to Piketty, confronts both modern and modernizing countries with a dilemma: entrepreneurs become increasingly dominant over those who own only their own labor. In Piketty’s view, while emerging economies can defeat this logic in the near term, in the long run, “when pay setters set their own pay, there’s no limit,” unless “confiscatory tax rates” are imposed.

Economic Inequality: It’s Far Worse Than You Think In a candid conversation with Frank Rich last fall, Chris Rock said, "Oh, people don’t even know. If poor people knew how rich rich people are, there would be riots in the streets." The findings of three studies, published over the last several years in Perspectives on Psychological Science, suggest that Rock is right. We have no idea how unequal our society has become. In graphics: Iran, sanctions and the nuclear deal: Iran’s nuclear deal becomes a reality SOMETIME in the next few days Iran’s “Implementation Day” is almost certain to be declared. That is the moment when Iran is deemed to have complied with all its obligations in dismantling those parts of its nuclear programme that would soon have put it weeks away from being able to build a bomb. All nuclear-related sanctions, including the freezing of $100bn of Iranian assets, will be lifted.

How to Fix the Supreme Court, Part One: C is for Clarence - PREVAIL by Greg Olear “If everyone made war only according to his own convictions, there would be no war,” Prince Andrei Bolkonsky thought… A good player who loses at chess is genuinely convinced that he has lost because of a mistake, and he looks for this mistake in the beginning of the game, but forgets that there were also mistakes at every step in the course of the game, that none of his moves was perfect. The mistake he pays attention to is conspicuous only because his opponent took advantage of it. —War and Peace (Leo Tolstoy, 1867) Three Generations of Imbeciles are Enough.

Rich Man Calls Rising Income Inequality 'Fantastic' One Canadian entrepreneur couldn't have been more excited to learn that the 85 richest people on Earth are now worth as much half the world's population. "It’s fantastic," said Canadian millionaire Kevin O’Leary on his own Canadian news show the “The Lang & O’Leary Exchange.” “This is a great thing because it inspires everybody, gets them motivation to look up to the one percent and say, ‘I want to become one of those people, I’m going to fight hard to get up to the top,’ " said O'Leary, who's been dubbed Canada's Donald Trump and is also an investor in the reality show Shark Tank. “This is fantastic news and of course I’m going to applaud it,” O’Leary went on to say Monday, on the record, in front of television cameras that were recording him. “What can be wrong with this?” “Really?”

The Davos oligarchs are right to fear the world they’ve made The billionaires and corporate oligarchs meeting in Davos this week are getting worried about inequality. It might be hard to stomach that the overlords of a system that has delivered the widest global economic gulf in human history should be handwringing about the consequences of their own actions. But even the architects of the crisis-ridden international economic order are starting to see the dangers. It’s not just the maverick hedge-funder George Soros, who likes to describe himself as a class traitor. New TUC report shows average FTSE 100 director now earns a year's full time minimum wage salary every day The TUC have today published a report into the pay of FTSE 100 company directors. The report revealed that the UK’s highest paid company director Martin Sorrell of WPP – the world’s largest advertiser – was paid an eye-watering £70 million in 2015 – around 2,500 times the average workers salary, and equating to over £38,000 an hour. The average earnings (not including pension schemes) of the FTSE 100 company directors has increased by 47% in the five years, and now stands at £3.4 million. This is in stark contrast to the wages of their workers which have stagnated, and in real-terms trail their pre-2008 levels.