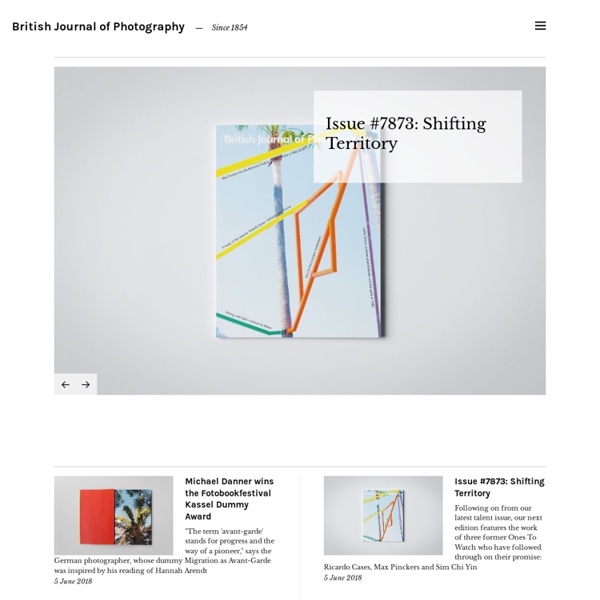 Wednesday 25 January 2012 « P H O T O J O U R N A L I S M L I N K S Apologies for no updates in nearly three weeks…just been busy with own work… But here we go again. Loads to share… Features and Essays Brilliant…Full edit of Gene Smith’s classic ‘Country Doctor’ online for the first time on LIFE.com…. Eugene Smith: Country Doctor (Life.com) Finally received the first issue of my annual National Geographic Magazine subscription..Bought annual deal in NatGeo’s Regent Street store in London in August…Found out in December my activation hadn’t gone through, and then told should start receiving issues from January….Got on my nerves…Five months wait… oh well… Glad to finally being able to enjoy print issues on regular basis…From the February 2012 issue….

Silverprint - Plus - About us Not part of our normal stock, a nostalgic collection of discontinued materials & equipment from the last 100 years. All additions gratefully received! Silverprint is a specialist dealer in photographic consumables of all types. We set up in 1984, when digital photography had hardly been dreamed of, and started by importing a wide range of traditional photographic materials. The photographic landscape has changed out of all recognition since then, but we're still here!

Processes How-To Instructions and recipes on how to work in alternative photographic processes and non-silver techniques. Instructions are provided by photographers and teachers working in the process, written with a practical approach, so; enjoy learning a new process. Have fun! If you are new a good starting point is the cyanotype process and if you want an environmetally friendly process start with anthotypes. William Klein (photographer) William Klein (born April 19, 1928) is an American-born French photographer and filmmaker noted for his ironic approach[1][2] to both media and his extensive use of unusual photographic techniques in the context of photojournalism and fashion photography.[1] He was ranked 25th on Professional Photographer's list of 100 most influential photographers.[3] Klein has directed numerous short and feature-length documentaries and has produced over 250 television commercials.[5] Though American by birth, Klein has lived and worked in France since his late teens. His work has sometimes been openly critical of American society and foreign policy; the film critic Jonathan Rosenbaum once wrote that Klein's 1968 satire Mr. Freedom was "conceivably the most anti-American movie ever made

Michael Tittel: Behavior This week we are sharing work submitted to Lenscratch… It does not happen often, but every now and then I will catch someone sneaking a candid of me in public. It is the photographer in me that relates to the strides taken for the perfect image, and because of this I always pretend I cannot see them. I shake their presence off in hopes that I embodied what they needed, that in some way I managed to help them in their quest for a perfect image.

Goodbye To Martine Franck, Famed Photographer : The Picture Show Last week, the world lost a renowned photographer with the passing of Martine Franck. She died of cancer in Paris at the age of 74. If you haven't heard of her, take a look at this gallery of photos on the website of her photo agency, Magnum. 120 film in London England, where to buy? - Photo.net Medium Format Forum Edward Burlew , May 05, 2008; 07:27 a.m. I am traveling to London and I need to purchase several dozen rolls of 120 when I arrive. I am staying near Hyde Park and would appreciate knowing of a vendor near by.

Hugo Jaeger Hugo Jaeger was the former personal photographer of Adolf Hitler. He travelled with Hitler in the years leading up to and throughout World War II and took around 2,000 colour photographs of the Austrian-born German politician. Jaeger was one of the few photographers who were using color photography techniques at the time.[1] Career[edit]

Égarements by Cerise Doucède With application, precision and humour, photographer Cerise Doucède created the series ‘Égarements’ (aberration) consisting of installations which represents each of our dreams and obsession or even fears. By shaping her own visions, she reproduces her version of reality and sublimates the most ordinary moments. Objects thus come to life around one or more figures, in intimate locations, at key moments of everyday life.

REVIEW: Robert Knoth & Antoinette DeJong – “POPPY: Trails of Afghan Heroin” (2012 Poppy claims to trace the Afghan the entire recent history of the opium trade, to describe trafficking routes and opium’s impact on millions of people. It claims to do all of this on an enormous scale; across 13 countries and with more than 17 years of on-the-ground reportage. Poppy: Trails of Afghan Heroin

seeking selection and good prices... in London Tsingtao says: Just near the junction of Brick Lane and Whitechapel High Street (officially, Brick Lane's called Osborn street at this point if you look on google maps) there's a small shop selling batteries, blank CDs, digital media - and film. Cheaper than the high street. Not sure what they have in stock, but they difinately did have Ilford and Fuji products when I was in there about 6 months back. i think they shut early on a saturday. Bit out of central London, but only a spit from Tower Hill. Nearby Spitalfields and Shoreditch are photogenic, too.

Photos Enjoy all your photos everywhere. Web iPhone iPad Mac, Windows, iOS, and more. Sync your photos from just about anywhere: Instagram, Flickr, Facebook, iPhoto, your iPhone camera roll, iPad Photo Booth, etc. David Bailey David Royston Bailey, CBE (born 2 January 1938) is an English photographer, regarded as one of the nation's best.[1][2] Early life[edit] David Bailey was born in Leytonstone, East London,[4] to Herbert Bailey, a tailor's cutter, and his wife, Gladys, a machinist. From the age of three he lived in East Ham.[5] "In the winter", he recalled, the family "would take bread-and-jam sandwiches and go to the cinema every night because in those days it was cheaper to go to the cinema than to put on the gas fire. I'll bet I saw seven or eight movies a week