Not just sciencefraud but primarily -conflict's of interests-

Public register binned by minister again and again and

Powell Memorandum (1971) Typescript. (pdf)Memorandum on HE in the European Communiy” (Europese Commissie, 1991) Chomsky: The Corporate Assault on Public Education. March 8, 2013 | Like this article? 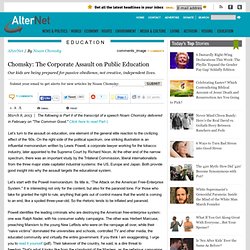 Posted by kritischestudentenutrecht under Oktober 2011 | Tags: onderwijsbeleid, zijlstra | [2] Comments by Alexander Beunder This article appears in Krantje Boord #9 Oktober 2011 The “Strategic Agenda” of the Dutch Ministry of Education, approved in July 2011 by the government, is to pursue more marketization of education and stimulate intensive cooperation between education and business. 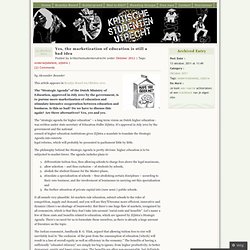 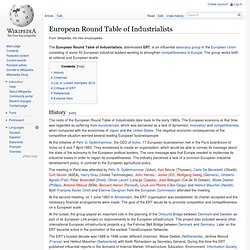 The group works both at national and European levels. History[edit] The roots of the European Round Table of Industrialists date back to the early 1980s. The European economy at that time, was regarded as suffering from eurosclerosis, which was perceived as a lack of dynamism, innovation and competitiveness when compared with the economies of Japan and the United States. The negative economic consequences of the competitive situation worried several leading European businesspeople.

Aan de politieke leiband. The Need for a Code of Conduct for Research Funders. Codes of conduct and related literature on research ethics generally focus on researchers. 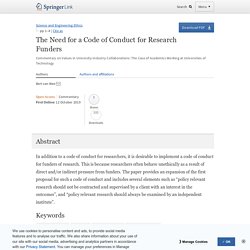 This also applies to the article by Rafaela Hillerbrand and Claudia Werker (2019). Researchers indeed do have important responsibilities, and codes of conduct could be helpful to researchers in avoiding unethical behavior. As Hillerband and Werker argue, especially when universities and industry partners collaborate, this collaboration is prone to value conflicts. As they make clear, such conflicts do not only apply to research but also to education and job training. An additional and complementary way to consider research ethics is to focus on the funders of research.

A great deal of research in some areas, such as the spatial sciences and transportation research is aimed at being relevant to policy making, especially studies of the effects and implications of different, potential policy measures. The Textbox below provides some initial ideas. The Need for a Code of Conduct for Research Funders. Codes of conduct and related literature on research ethics generally focus on researchers. 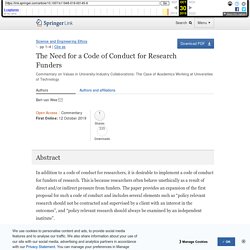 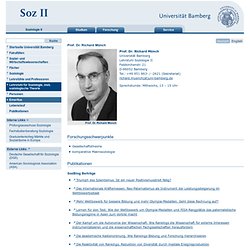 It analyses the change in worker solidarity as it moves from collective national welfare to a transnational inclusion of workers from various links in the production chain. Examining three types of welfare regimes within the USA, Germany, Denmark and Sweden, the author addresses how and why globalization is furthering the change from the welfare state to the competition state. 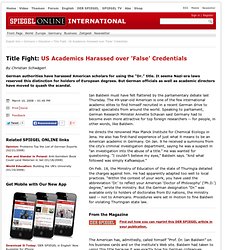 The 49-year-old American is one of the few international academic elites to find himself recruited in a recent German drive to attract specialists from around the world. Speaking to parliament, German Research Minister Annette Schavan said Germany had to become even more attractive for top foreign researchers -- for people, in other words, like Baldwin. He directs the renowned Max Planck Institute for Chemical Ecology in Jena. He also has first-hand experience of just what it means to be an American academic in Germany. On Jan. 9 he received a summons from the city’s criminal investigation department, saying he was a suspect in “an investigation into the abuse of a title.” On Feb. 18, the Ministry of Education of the state of Thuringia detailed the charges against him. The American has, admittedly, called himself “Prof. Willing Government Officials.