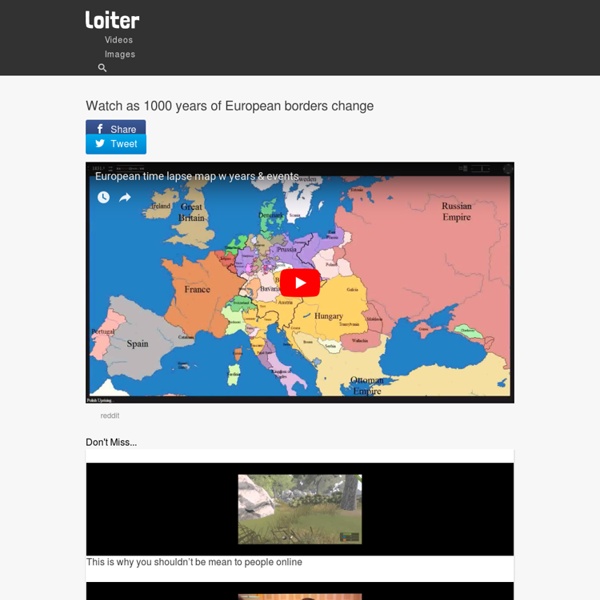 Better Identification of Viking Corpses Reveals: Half of the Warriors Were Female Shield maidens are not a myth! A recent archaeological discovery has shattered the stereotype of exclusively male Viking warriors sailing out to war while their long-suffering wives wait at home with baby Vikings. (We knew it! Map: Every Country in the World Involved in a Territorial Dispute - Annalisa Merelli Crimea is hardly home to the only territorial dispute in the world right now. In the map above, every country in pink is involved in a dispute over its national borders in some way or another. The list is compiled by the US Central Intelligence Agency in its World Factbook and includes cases of disputed borders, contested islands, and larger areas contested by several countries. Just about every nation is implicated, including some possibly surprising ones, like the reputedly peace-loving Scandinavian countries of Denmark, Norway, and Finland. There are perhaps unexpected exceptions too, including the Balkan nations of Albania, Montenegro, and Bulgaria. (Perhaps it’s time to rethink the use of the word “balkanized” to describe a splintering into hostile neighbor states.)

Belarusian Wants a Divorce From Russia There is a bitter irony at the heart of Russian President Vladimir Putin’s annexation of Crimea. Putin’s short-term victory is already coming at the expense of his most cherished long-term strategy -- the creation of a Eurasian Union, a trade union linking Russia and its closest neighbors. In other words, as the invasion expands Russian territory, it will diminish Russian influence in the very places he’d like to increase it. One need only look to Belarus, which is already beginning to hedge against its alliance with Moscow, to see why. Fanciful as it might sound, the Eurasian Union was never idle talk for Putin.

Encyclopedia: Medieval Cosmology and Worldview Medieval cosmology was centered around the concept of the Ptolemaic universe, named after Greek astronomer Ptolemy (ca. 150 CE). In this geocentric (earth-centered) model, the earth was the motionless center of the universe, with the rest of the universe revolving around it in spheres. Ptolemy's work was based on Aristotle's (384-322 BCE) idea of an ordered universe, divided into the sublunary, or earthly, region which was changeable and corruptible, and the heavenly region, which was immutable and perfect. Aristotle posited that the heavens contained 55 spheres, with the Primum Mobile, "Prime Mover" or "First Moveable", giving motion to all the spheres within it. Centermost in this cosmology was the Earth. The sublunary sphere was comprised of the four elements (earth, water, fire, and air).

2012 News items - Historic signing ends 20 years of EU-Latin American banana disputes “This is a truly historic moment,” said WTO Director-General Pascal Lamy. “After so many twists and turns, these complicated and politically contentious disputes can finally be put to bed. It has taken so long that quite a few people who worked on the cases, both in the Secretariat and in member governments have retired long ago.”

The "Missing" American Plague When Europeans arrived in the New World in 1492, a new era of trading was born – everything from cultures and ideas to potatoes and tobacco. However, one thing that might have been skipped over in your history class was the huge transfer of diseases, viruses, bugs, and lurgies. Within 500 years, the native population of the Americas dropped by 90 percent. Although war and strife caused their fair share of deaths, the overwhelming majority were caused by a cocktail of smallpox, influenza, cholera, measles, Black Death, and other Old World diseases. But you would have thought that if the natives caught the Europeans' diseases, the Europeans would get the natives' diseases, right? The strange thing is they barely did – at least not on a population-wiping scale.

Ancient Irish Genomes Reveal Massive Migrations To The British Isles Researchers sequencing the genomes from prehistoric Irish individuals for the first time – a female farmer and three men who lived several thousand years ago – reveal genetic changes that parallel the onset of the Neolithic and Bronze Age transitions in Ireland. The findings are published in Proceedings of the National Academy of Sciences this week. The Neolithic transition, marked by the advent of farming, was thought to have arrived in Ireland around 3750 BCE. This was followed by the Bronze Age and the introduction of metalworking around 2300 BCE. For decades, researchers have debated over whether these two major cultural shifts were triggered by waves of immigrants from the Near East or the adoption of agriculture by local people who had been on the British Isles during the earlier Mesolithic period.

Animated interactive of the history of the Atlantic slave trade. Source: slavevoyages.org For the full interactive version, use a larger device. Interactive by Andrew Kahn. Background image by Tim Jones.