National Oceanic and Atmospheric Administration, USA (Search within this website) 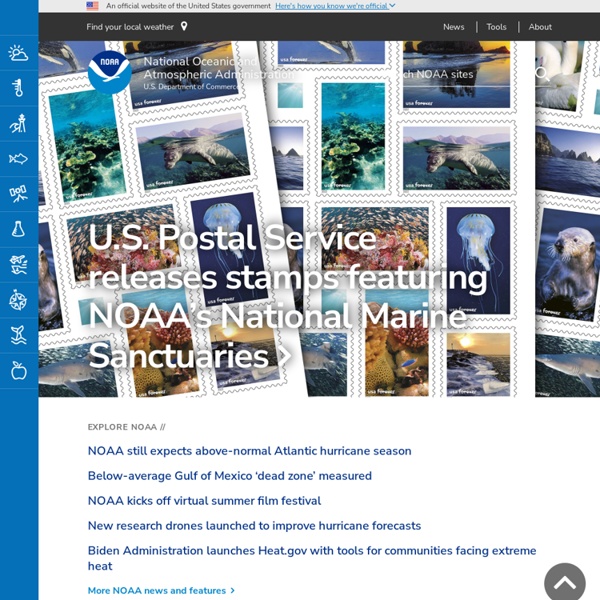 Ocean Acidification Who we are We are a group of scientists who, in 2006, began to assess the chemical and biological effects of Ocean Acidification in the New Zealand context. Early on, we realised that seawater carbonate chemists and marine biologists needed to work together if we are to fully understand how OA might impact our coastal and open oceans. Originally, we were a group of scientists from the University of Otago (Departments of Botany, Chemistry and Marine Science) and the National Institute of Water and Atmospheric Research Ltd (NIWA); today, we collaborate with researchers across New Zealand and overseas. What we do OAR supports OA research across New Zealand, and especially at Otago.

Evidence The Earth's climate has changed throughout history. Just in the last 650,000 years there have been seven cycles of glacial advance and retreat, with the abrupt end of the last ice age about 7,000 years ago marking the beginning of the modern climate era — and of human civilization. Most of these climate changes are attributed to very small variations in Earth’s orbit that change the amount of solar energy our planet receives. Hurricane Tracking Map and Radar Your feedback: What do you think of our interactive map? How can we make it more useful to you? [Click to send feedback]

Category:Köppen climate classification maps of states of the United States Köppen climate classification[edit] Some Köppen-Geiger maps in Wikimedia Commons are based from this source. Peel, M. C. and Finlayson, B. L. and McMahon, T. A. (2007). Climate change What causes climate change? Just as the world’s most respected scientific bodies have confirmed that the Earth is getting hotter, they have also stated that there is strong evidence that humans are driving the warming (2). Scientists agree the main cause of climate change is human activities which magnify the ‘greenhouse effect’ – a natural process in which gases in the atmosphere warm the Earth by trapping heat that is radiating towards space (2) (4). A layer of greenhouse gases, including water vapour and smaller amounts of carbon dioxide, methane and nitrous oxide, act as a thermal blanket surrounding the Earth. This absorbs heat and warms the surface to a life-supporting average of 15°C. As energy slowly escapes out of our atmosphere, some of it is absorbed by the greenhouses gases, which warms the Earth further.

State-by-state developments related to Hurricane Irene (CNN) -- On Friday, President Barack Obama said of Hurricane Irene that "all indications point to this being a historic hurricane." Numerous local, state and federal agencies, among other organizations, have taken steps in preparation. Here are some of those measures, for states most affected by Hurricane Irene: Irene was off the South Carolina coast on Friday, with its outer bands bringing gusty winds, heavy rain and dangerous surf.