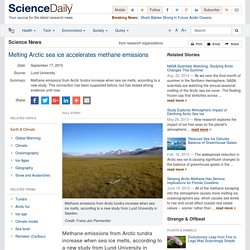 This connection has been suspected before, but has lacked strong evidence until now. "Changes in the Arctic Ocean can affect ecosystems located far away on land, " says Dr. Frans-Jan Parmentier, the study's lead author and researcher at the Department of Physical Geography and Ecosystem Science, Lund University. Bright sea ice reflects most sunlight, while open water absorbs most sunlight. Less sea ice, therefore, leads to more absorbed heat, and higher temperatures throughout the North Pole region. "While numerous studies have shown the effects of sea ice loss on the ocean, there are only a few that show how this oceanic change affects ecosystems on the surrounding land. Dr. A 'Scorcher': 2015 Shatters Record As Warmest Year, NASA And NOAA Say. It's not rare for a year to break record temperatures. 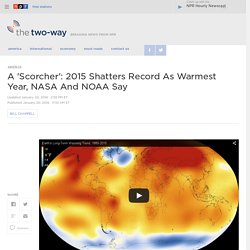 But it's now happened two years in a row — and 2015 was "very, very clearly the warmest year by a long chalk," says Gavin Schmidt, director of NASA's Goddard Institute for Space Studies. NASA is presenting the annual review of global average temperatures in conjunction with NOAA, which says that not only did 2015 finish as the warmest year on record, but it did so by the widest margin ever — nearly a third of 1 degree Fahrenheit warmer than 2014's average.

In 2015, the average temperature on land and ocean surfaces around the world was "1.62° F (0.90° C) above the 20th century average," according to NOAA. That makes 2015 the hottest since instrument records began being kept in 1880, beating the record set in 2014 by 0.29° F (0.16° C). Global Warming Skeptic Organizations. An overwhelming majority of scientists agree — global warming is happening and human activity is the primary cause. 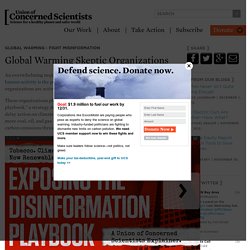 Yet several prominent global warming skeptic organizations are actively working to sow doubt about the facts of global warming. These organizations play a key role in the fossil fuel industry's "disinformation playbook," a strategy designed to confuse the public about global warming and delay action on climate change. Why? Because the fossil fuel industry wants to sell more coal, oil, and gas — even though the science clearly shows that the resulting carbon emissions threaten our planet. Who are these groups? Here's a quick primer on several prominent global warming skeptic organizations, including examples of their disinformation efforts and funding sources from the fossil fuel industry. American Enterprise Institute. UM Scientist Earns Grant to Study Carbon Across North America - UM News - University Of Montana. This shows the extent of ecosystem disturbance across the Western U.S. from 2000 to 2012. 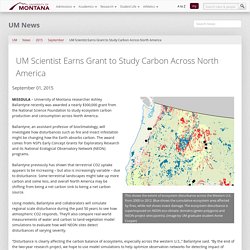 Ballantyne, an assistant professor of bioclimatology, will investigate how disturbances such as fire and insect infestation might be changing how the Earth absorbs carbon. Climate One. Climate One montage. Pine Beetle Epidemic. One chilly morning in October 2013, Diana Six parked her white Subaru at the edge of a pine forest in southwestern Montana’s Big Hole Valley. 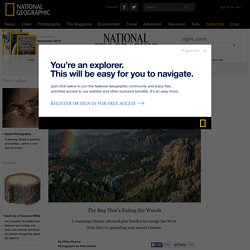 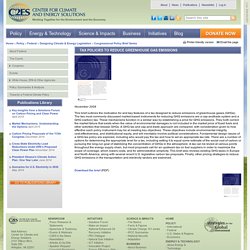 The two most commonly discussed market-based instruments for reducing GHG emissions are a cap-andtrade system and a GHG (carbon) tax. These mechanisms function in a similar way by establishing a price for GHG emissions. Getting the Picture. Getting the Picture. High-Adventure Science. Midterms 2014: Candidates dodge & deny threat of climate change. The reality of climate change. 13 Misconceptions About Global Warming. The Daily Show - Burn Noticed. US Historical Climate: Excel Statistical. Activity and Starting Point page by R.M. 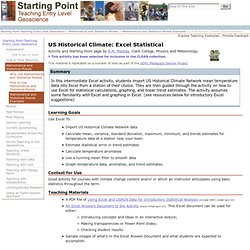 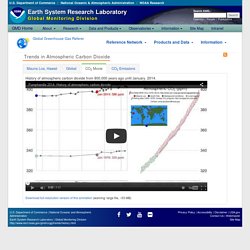 How do we know the cause? General resources. Lesson plans. Labs. Global Warming Evidence: 2007 Report Compared to 2013 (Infographic) Observed changes in climate and greenhouse gases could be accounted for by human activity, according to a report by the Intergovernmental Panel on Climate Change (IPCC).