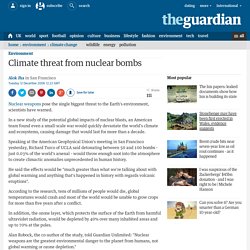 In a new study of the potential global impacts of nuclear blasts, an American team found even a small-scale war would quickly devastate the world's climate and ecosystems, causing damage that would last for more than a decade. Speaking at the American Geophysical Union's meeting in San Francisco yesterday, Richard Turco of UCLA said detonating between 50 and 100 bombs - just 0.03% of the world's arsenal - would throw enough soot into the atmosphere to create climactic anomalies unprecedented in human history. He said the effects would be "much greater than what we're talking about with global warming and anything that's happened in history with regards volcanic eruptions". According to the research, tens of millions of people would die, global temperatures would crash and most of the world would be unable to grow crops for more than five years after a conflict. Human costs. Nuclear Energy As A Direct Cause Of Global Warming, Acid Rain, Acid Oceans, Extreme Weather, And Super Storms.

Besides releasing massive quantities of radioactive Carbon 14, radioactive CO2 14, and radioactive Krypton, (none of which are included in the calculations below) all nuclear plants are responsible for emitting a large amount of regular carbon dioxide, during the whole fuel cycle and all the through to the storage of the spent fuel and nuclear garbage produced. 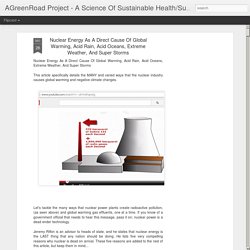 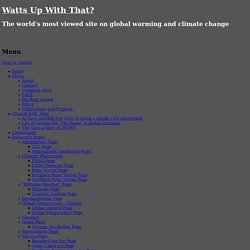 Small Nuclear War Could Reverse Global Warming for Years? Even a regional nuclear war could spark "unprecedented" global cooling and reduce rainfall for years, according to U.S. government computer models. 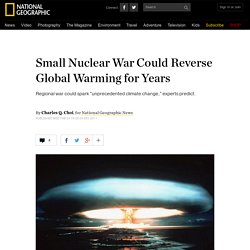 Widespread famine and disease would likely follow, experts speculate. During the Cold War a nuclear exchange between superpowers—such as the one feared for years between the United States and the former Soviet Union—was predicted to cause a "nuclear winter. " In that scenario hundreds of nuclear explosions spark huge fires, whose smoke, dust, and ash blot out the sun for weeks amid a backdrop of dangerous radiation levels. Much of humanity eventually dies of starvation and disease. Today, with the United States the only standing superpower, nuclear winter is little more than a nightmare. 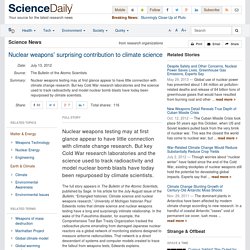 But key Cold War research laboratories and the science used to track radioactivity and model nuclear bomb blasts have today been repurposed by climate scientists. Nuclear testing is causing global warming. Atmospheric CO2 is accumulating more than ten thousand times as much energy in a year that the entire combined nuclear weapons program of the world has generated. 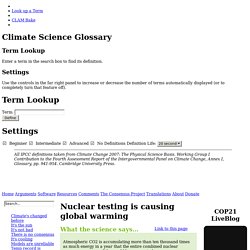 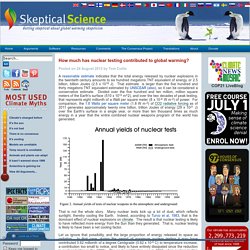 That estimate is larger than the five hundred and thirty megatons TNT equivalent estimated by UNSCEAR (also), so it can be considered a conservative estimate. Divided over the five hundred and ten million, million square meters of the Earth's surface (510 x 1012 m^2), and over the two decades of peak testing, that represents eight millionth of a Watt per square meter (8 x 10-6 W m-2) of power. That is not the whole story. Many nuclear tests kick up a lot of dust, which reflects sunlight, thereby cooling the Earth. Let us ignore that possibility, and the large proportion of energy released to space as radiation.