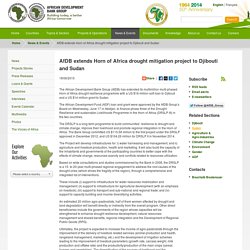 The African Development Fund (ADF) loan and grant were approved by the AfDB Group’s Board on Wednesday, June 17 in Abidjan, to finance phase three of the Drought Resilience and sustainable Livelihoods Programme in the Horn of Africa (DRSLP III) in the two countries. The DRSLP is a long-term programme to build communities’ resilience to drought and climate change, improve their livelihood and promote regional integration in the Horn of Africa. 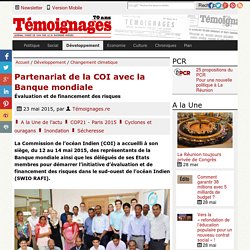 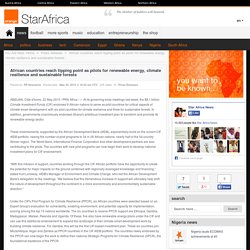 In addition, governments unanimously endorsed Ghana's ambitious investment plan to transform and promote its renewable energy sector. These endorsements, supported by the African Development Bank (AfDB), exponentially build on the current CIF AfDB portfolio, raising the number of pilot programs to 34 in 26 African nations, nearly half of the 54-country African region. The World Bank, International Finance Corporation and other development partners are also contributing to the pilots. The countries with new pilot programs can now begin their work to develop national investment plans for CIF endorsement. Global-climatescope. Scientists sound storm warning on African climate change. Praia (Cape Verde) (AFP) - On a typical February day in west Africa, Cape Verdeans are taking time to cool down as the island nation is buffeted by a rare unseasonal downpour. 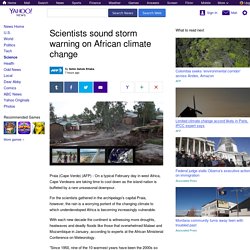 For the scientists gathered in the archipelago's capital Praia, however, the rain is a worrying portent of the changing climate to which underdeveloped Africa is becoming increasingly vulnerable. With each new decade the continent is witnessing more droughts, heatwaves and deadly floods like those that overwhelmed Malawi and Mozambique in January, according to experts at the African Ministerial Conference on Meteorology.

From Lima to Paris: 5 promising pathways for a joint EU-Africa position on climate change. One year from now, the next U.N. 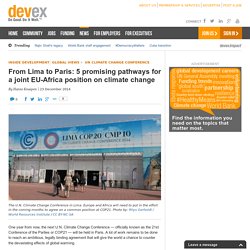 Climate Change Conference — officially known as the 21st Conference of the Parties or COP21 — will be held in Paris. A lot of work remains to be done to reach an ambitious, legally binding agreement that will give the world a chance to counter the devastating effects of global warming. Two weeks ago, COP20 ended in Lima, Peru. After two weeks and two extra days of intense discussions, COP20 resulted in the Lima Call for Climate Action, which asked all nations to make plans to curb their carbon emissions, thus unlocking the door for a Paris deal in 2015. However, environmental campaigners including CARE International and a number of small, vulnerable countries have criticized the agreement for being weak. Many critical and controversial issues have been postponed.

Europe and Africa have a long history of cooperation on climate action. Sorry, Mr. Obama, Africa needs coal. Africa is the kind of place that makes power companies rub their hands with glee. 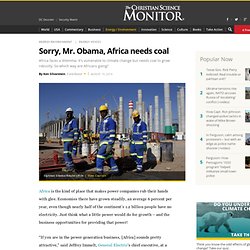 Economies there have grown steadily, an average 6 percent per year, even though nearly half of the continent’s 1.2 billion people have no electricity. If Billionaires and Republicans Are Worrying About the Cost of Climate Change, So Should You. Microsoft change cr dits carbone contre for t malgache - Journal de l' le de la R union. Will Turkana's aquifer be a blessing or a curse? A Turkana woman carries water on her head before attending a drought and peace meeting in Lobei village of Turkana district in northwest Kenya, October 2, 2009. 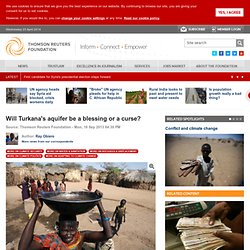 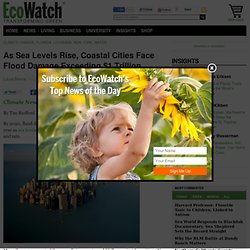 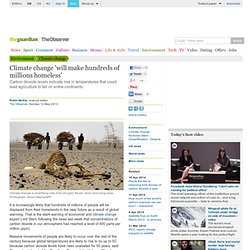 Photograph: Simon Maina/AFP It is increasingly likely that hundreds of millions of people will be displaced from their homelands in the near future as a result of global warming. That is the stark warning of economist and climate change expert Lord Stern following the news last week that concentrations of carbon dioxide in our atmosphere had reached a level of 400 parts per million (ppm). Massive movements of people are likely to occur over the rest of the century because global temperatures are likely to rise to by up to 5C because carbon dioxide levels have risen unabated for 50 years, said Stern, who is head of the Grantham Research Institute on Climate Change.

"When temperatures rise to that level, we will have disrupted weather patterns and spreading deserts," he said. Water competition drives tensions in Central Asia. Any views expressed in this article are those of the author and not of Thomson Reuters Foundation. 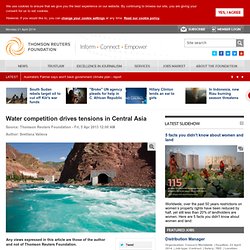 By Svetlana Valieva As the international community observed the U.N. 5 Unexpected Factors That Change How We Forecast The Future. Sweeping intel report sounds alarm on climate threats - The Hill's E2-Wire. Elsewhere, it notes that climate change is among the factors that will drive conflict in some regions. How will climate change affect food production? Food is one of society's key sensitivities to climate. A year of not enough or too much rainfall, a hot spell or cold snap at the wrong time, or extremes, like flooding and storms, can have a significant effect on local crop yields and livestock production.

While modern farming technologies and techniques have helped to reduce this vulnerability and boost production, the impact of recent droughts in the USA, China and Russia on global cereal production highlight a glaring potential future vulnerability. There is some evidence that climate change is already having a measurable affect on the quality and quantity of food produced globally. But this is small when compared with the significant increase in global food production that has been achieved over the past few decades. Planet Under Pressure. Catch up on what you missed at Planet Under Pressure via the on demand news shows. Click on the links below to view the news shows from each day of the conference.