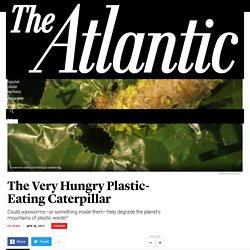 One day, when she looked at her hives, she found them infested with caterpillars called waxworms. These insects are the bane of beekeepers because they voraciously devour the wax that bees use to build their honeycombs. Explainer: Global warming and the greenhouse effect. Earth’s atmosphere works something like a giant glass greenhouse. 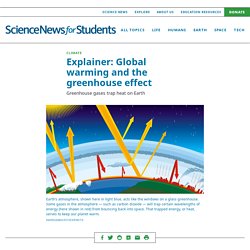 As the sun’s rays enter our atmosphere, most continue right down to the planet’s surface. As they hit the soil and surface waters, those rays release much of their energy as heat. Some of the heat then radiates back out into space. However, certain gases in our atmosphere, such as carbon dioxide, methane and water vapor, work like a blanket to retain much of that heat. This helps to warm our atmosphere. Teach. One thing is clear: if we want the public to understand and appreciate the science of evolution and climate change, we better start supporting teachers. 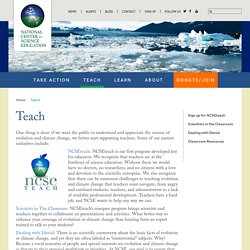 Some of our current initiatives include: NCSEteach: NCSEteach is our first program developed just for educators. We recognize that teachers are at the forefront of science education. Global Climate Change and Its Effects CER Project.pdf. Cheshire Wildlife Trust. Biodiversity is a term which means 'the variety of life' on Earth, everything from algae to elephants, bacteria to blue whales! 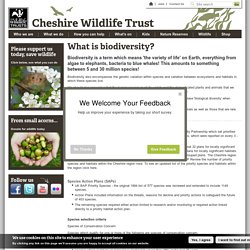 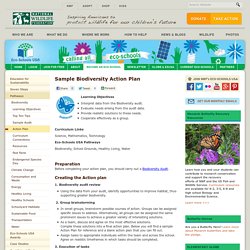 Evaluate needs arising from the audit data. Provide realistic solutions to these needs. Cooperate effectively as a group. Curriculum Links Science, Mathematics, Technology Eco-Schools USA Pathways Biodiversity, School Grounds, Healthy Living, Water Preparation Before completing your action plan, you should carry out a Biodiversity Audit. Creating the Action plan 1. Estimating the environmental footprint of new york apple orchards. Teaching Resources. EIRC.org – Monarch Teacher Network. The Monarch Teacher Network (MTN) is a growing network of teachers and other people who use monarch butterflies to teach a variety of concepts and skills, including our growing connection with other nations and the need to be responsible stewards of the environment. 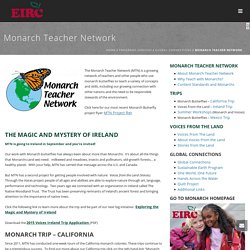 Click here for our most recent Monarch Butterfly project flyer: MTN Project flier The Magic and Mystery of Ireland MTN is going to Ireland in September and you’re invited! Our work with Monarch butterflies has always been about more than Monarchs. It’s about all the things that Monarchs (and we) need: milkweed and meadows, insects and pollinators, old-growth forests… a healthy planet. But MTN has a second project for getting people involved with nature: Voices from the Land (Voices). Ibd-2007-booklet-01-en. Climate change. What causes climate change? 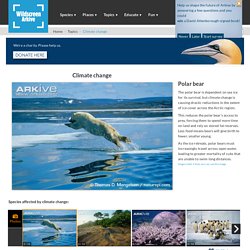 Just as the world’s most respected scientific bodies have confirmed that the Earth is getting hotter, they have also stated that there is strong evidence that humans are driving the warming (2). Scientists agree the main cause of climate change is human activities which magnify the ‘greenhouse effect’ – a natural process in which gases in the atmosphere warm the Earth by trapping heat that is radiating towards space (2) (4). A layer of greenhouse gases, including water vapour and smaller amounts of carbon dioxide, methane and nitrous oxide, act as a thermal blanket surrounding the Earth. This absorbs heat and warms the surface to a life-supporting average of 15°C. 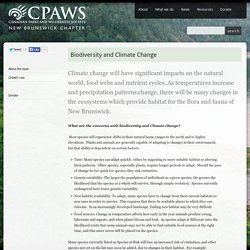 Most species will experience shifts in their natural home ranges to the north and to higher elevations. Plants and animals are generally capable of adapting to changes in their environment, but that ability is dependent on certain factors: Time: Many species can adapt quickly, either by migrating to more suitable habitat or altering their patterns. Other species, especially plants, require longer periods to adapt. Should the pace of change be too quick for species, they risk extinction. Many species currently listed as Species at Risk will face an increased risk of extinction, and other species not yet on the list may soon be added, due to changes in their habitat. Youth-bio-cc-en. The Center for Health and the Global Environment.

Climate change alone is expected to threaten with extinction approximately one quarter or more of all species on land by the year 2050, surpassing even habitat loss as the biggest threat to life on land. 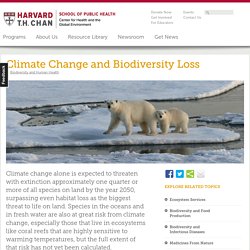 Species in the oceans and in fresh water are also at great risk from climate change, especially those that live in ecosystems like coral reefs that are highly sensitive to warming temperatures, but the full extent of that risk has not yet been calculated. Climate change is a threat because species have evolved to live within certain temperature ranges, and when these are exceeded and a species cannot adapt to the new temperatures, or when the other species it depends on to live cannot adapt, for example its food supply, its survival is threatened. The IPCC has predicted that by 2100, assuming that current trends in burning fossil fuels continue, the surface of the Earth will warm on average by as much as 6 degrees Celsius (around 11 degrees Fahrenheit) or more.