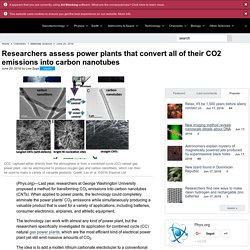 When applied to power plants, the technology could completely eliminate the power plants' CO2 emissions while simultaneously producing a valuable product that is used for a variety of applications, including batteries, consumer electronics, airplanes, and athletic equipment. The technology can work with almost any kind of power plant, but the researchers specifically investigated its application for combined cycle (CC) natural gas power plants, which are the most efficient kind of electrical power plant yet still emit massive amounts of CO2. Engineers develop state-by-state plan to convert US to 100% clean, renewable energy by 2050. 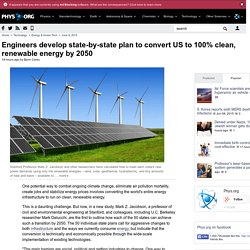 This is a daunting challenge. But now, in a new study, Mark Z. Study finds link between air pollution and suicide, depression – The Korea Times. Buildings in central Seoul are shrouded in a cloud of ultrafine particles, Tuesday. 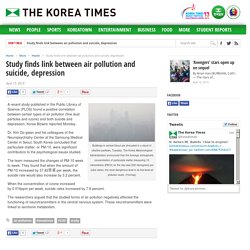 The Korea Meteorological Administration announced that the average atmospheric concentration of particulate matter measuring 10 micrometers (PM10) on the day was 228 micrograms per cubic meter, the most dangerous level in its five-level air pollution scale. (Yonhap) A recent study published in the Public Library of Science (PLOS) found a positive correlation between certain types of air pollution (fine dust particles and ozone) and both suicide and depression, Korea Bizwire reported Monday.

Dr. Climate change does not cause extreme winters, experts say. Cold snaps like the ones that hit the eastern United States in the past winters are not a consequence of climate change. 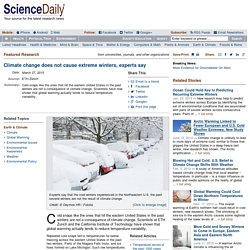 Scientists at ETH Zurich and the California Institute of Technology have shown that global warming actually tends to reduce temperature variability. Repeated cold snaps led to temperatures far below freezing across the eastern United States in the past two winters. Parts of the Niagara Falls froze, and ice floes formed on Lake Michigan. Such low temperatures had become rare in recent years. Big-Picture Study Of Fracking Operations Suggests Even Small Chemical Exposures Pose Risks. April Lane's work often brings her to Fayetteville, Arkansas, where she monitors pollution from natural gas production sites around the area's rich shale reserves. 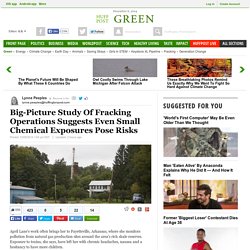 This West Antarctic region sheds a Mount Everest-sized amount of ice every two years, study says. The melt rate of glaciers in West Antarctica has tripled in the past several decades, researchers found. 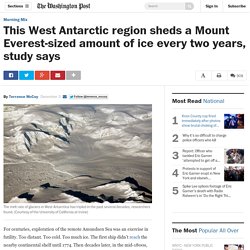 Climate change 'will make lightning strike more' China and US strike deal on carbon cuts in push for global climate pact. The United States and China have unveiled a secretly negotiated deal to reduce their greenhouse gas output, with China agreeing to cap emissions for the first time and the US committing to deep reductions by 2025. 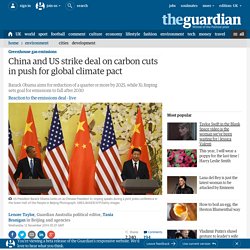 The pledges in an agreement struck between President Barack Obama and his Chinese counterpart, Xi Jingping, provide an important boost to international efforts to reach a global deal on reducing emissions beyond 2020 at a United Nations meeting in Paris next year. China, the biggest emitter of greenhouse gases in the world, has agreed to cap its output by 2030 or earlier if possible. Previously China had only ever pledged to reduce the rapid rate of growth in its emissions. Remote-control robots reveal why the Antarctic ice sheet is melting. Berkeley Lab scientists identify new driver behind Arctic warming.

Scientists have identified a mechanism that could turn out to be a big contributor to warming in the Arctic region and melting sea ice. 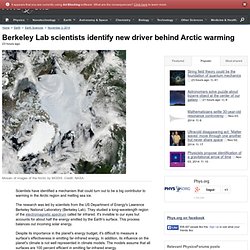 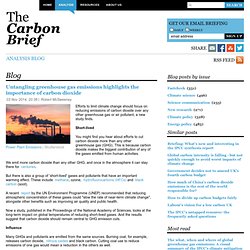 Short-lived You might find you hear about efforts to cut carbon dioxide more than any other greenhouse gas (GHG). This is because carbon dioxide makes the biggest contribution of any of the gases emitted from human activities. We emit more carbon dioxide than any other GHG, and once in the atmosphere it can stay there for centuries. A staggering 400 million birds have vanished from Europe since 1980. Want to feed the world? Tackle pollution from ozone and soot. Researchers have long known that man-made climate change will harm yields of important crops, possibly causing problems for the world’s food security. 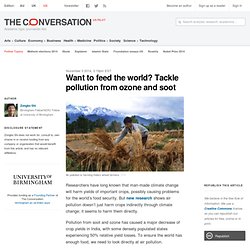