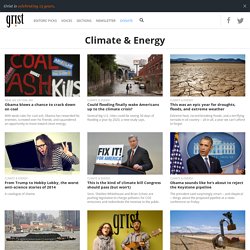 Climate & Energy Several big U.S. cities could be seeing 30 days of flooding a year by 2020, a new study says. Extreme heat, record-breaking floods, and a terrifying tornado in oil country -- all in all, a year we can't afford to forget. Evergreen Carbon Capture. Conduit - Where the Northwest shapes energy efficiency. Clean Diesel Vehicles Available in the U.S. A thorough list of clean diesel cars, trucks and SUVs currently available in the U.S. 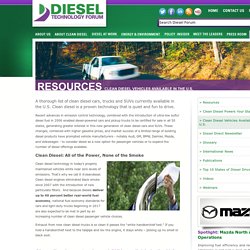 Clean diesel is a proven technology that is quiet and fun to drive. Recent advances in emission control technology, combined with the introduction of ultra-low sulfur diesel fuel in 2006 enabled diesel-powered cars and pickup trucks to be certified for sale in all 50 states, generating greater interest in this new generation of clean diesel cars and SUVs. These changes, combined with higher gasoline prices, and market success of a limited range of existing diesel products have prompted vehicle manufacturers - notably Audi, GM, BMW, Daimler, Mazda, and Volkswagen - to consider diesel as a new option for passenger vehicles or to expand the number of diesel offerings available. Clean diesel technology in today’s properly maintained vehicles emits near zero levels of emissions. 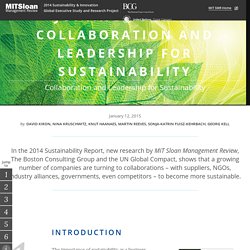 Often internal, these efforts addressed low-hanging fruit such as energy efficiency or minimizing waste — essentially, cost-cutting under a different name. But as the sustainability issues that can affect business — such as social instability, climate change and resource depletion — become more important, companies realize that collective action is necessary to protect the interests of the company and society. “Whether you’re a business or an organization, part of civil society or a public sector voice, there is an understanding that complex problems require perspectives from all three of these constituencies,” comments Patrick Hynes, deputy director of member relations at the Clinton Global Initiative. “The number of organizations working together has increased over the past few years along with the sense of urgency to collaborate.” 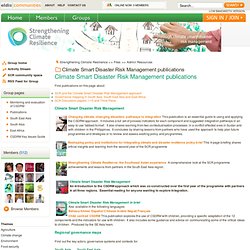 It includes a full set of process indicators for each component and suggested integration pathways in an easy to use 'tabbed format'. The 2015 Climate Guide To Governors. By Tiffany Germain - Guest Contributor & Kristen Ellingboe - Guest Contributor Posted on Climate denial is common in the now fully Republican-controlled 114th Congress, where 56 percent of congressional Republicans refuse to accept the reality of basic climate science. 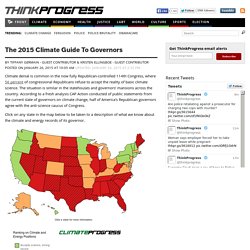 The situation is similar in the statehouses and governors’ mansions across the country. According to a fresh analysis CAP Action conducted of public statements from the current slate of governors on climate change, half of America’s Republican governors agree with the anti-science caucus of Congress. Click on any state in the map below to be taken to a description of what we know about the climate and energy records of its governor. Energy Use Disclosure (House Bill 1278) Renewable Energy Production and Consumption in the USA. Introduction "Renewable energy" is energy produced from a source that is not permanently depleted. 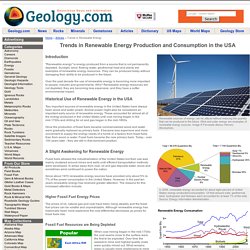 Sunlight, wind, flowing water, geothermal heat and plants are examples of renewable energy resources. They can be produced today without damaging their ability to be produced in the future. Over the past decade the use of renewable energy is becoming more important to people, industry and governments. Users’ Guide: Climate messaging. This post is part of the research project: Flashcards There are lots of resources available on communicating about climate change—sometimes it seems like too many. 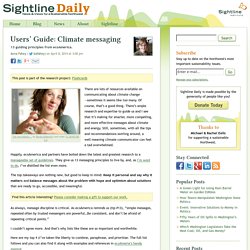 Of course, that’s a good thing. Task Force on Climate Preparedness and Resilience Recommendations. Climate Explorer Toolkit. 22 Cities Innovative Approaches to Curbing Climate Emissions. With global problems as huge as climate disruption, most of us know that we need to do more than stay on top of recycling and waiting for laws to be passed. 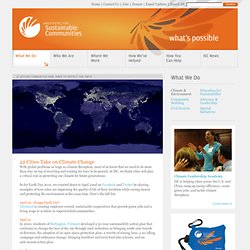 At ISC, we think cities will play a critical role in protecting our climate for future generations. So for Earth Day 2010, we counted down to April 22nd on Facebook and Twitter by sharing examples of how cities are improving the quality of life of their residents while saving money and protecting the environment at the same time. Here's the full list: April 22—Happy Earth Day! Cleveland is creating employee-owned, sustainable cooperatives that provide green jobs and a living wage to workers in impoverished communities. April 21 April 20 In spite of its cold and snowy winters, Minneapolis was named best bike city in the U.S. in Bicycling magazine's May 2010 edition. April 19 April 18 April 17 Countdown to Earth Day, day 17: Operating a typical gas-powered mower for 1 hour produces as much smog-forming hydrocarbon as driving a car 200 miles. 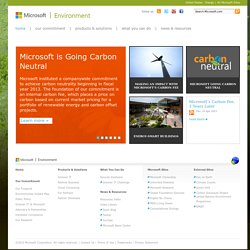