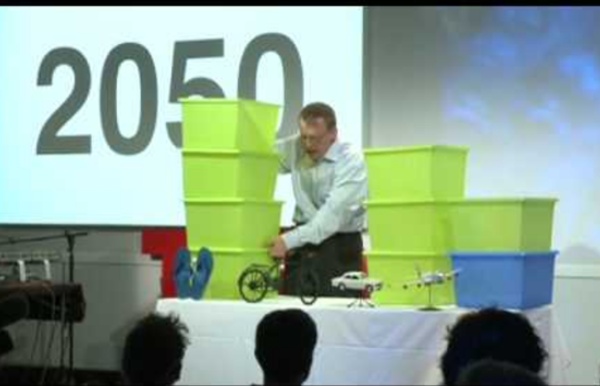 Human Population Predicted To Reach 12 Billion By 2100 At 7.2 billion, the human population is already a serious burden on resources and a threat to the environment and species. Imagine, then, how dire the global situation would be if we were to reach 12 billion, because if the current rate continues, that is what our planet may be facing at the turn of the next century. According to a new study by the United Nations (UN) and the University of Washington, there is an 80% probability that the world population will reach between 9.6 and 12.3 billion in 2100. That’s around 2 billion higher than previous estimates. “The consensus over the past 20 years or so was that world population, which is currently around 7 billion, would go up to 9 billion and level off or probably decline,” study author and statistician Adrian Raftery said in a news release. “We found there’s a 70 percent probability the world population will not stabilize this century.

The 100 best photographs ever taken without photoshop Nature and humankind are both great artists, and when they join forces, amazing masterpieces can be produced. Today Bright Side has collected for you works in which the combined efforts of mother nature and photographic artists have captured magic moments showing the wondrous diversity of modern life and the natural world. This is what happens if you throw hot tea into the air in Arctic A galactic tennis ball Modern dykes, windmills and highways in the Netherlands

The World's Population Might Not Be About Numbers After All In a world with limited resources, we have to conserve what we have and reduce the number of people on the planet—at least, that’s what most of us believe. But is this true? That’s the provocative question raised by the new documentary Misconception. The film, which premieres at the Tribeca Film Festival on April 20, gives us a personal look at the social and political ramifications of population growth. Oscar-winning director Jessica Yu (best documentary short subject) began exploring the issue of population growth while making her previous documentary, Last Call at the Oasis, which is about the global water crisis. During every post-viewing question-and-answer period, “we literally had people saying, Your next film has to be about population growth,” says Yu.

A closer look at communities thriving in unexpected places In Caracas, the capital of Venezuela, nearly 70 percent of the population lives in slums that appear to drape like silk over every hill of the city. Iwan Baan: Ingenious homes in unexpected placesIwan Baan is not as interested in what architects build as he is in the beautiful ways that people appropriate the spaces once the planners are gone. In today’s talk, Baan — whose breathtaking image of lower Manhattan after Hurricane Sandy hangs on at least one of our walls — shows incredible images from communities thriving in ways that seem quite opposite to the uniformity of suburbs. First, Baan takes us to Chandigarh, India, where people inhabit buildings created by modernist architects Le Corbusier in very different ways than expected. Then, Baan takes us to Caracas, Venezuela, where an abandoned 45-story building has become a miniature city.

Operations Dashboard for ArcGIS Lancet Inf Dis Article: Here. Mobile Version: Here. Data sources: Full list. Downloadable database: GitHub, Feature Layer. Lead by JHU CSSE. Technical Support: Esri Living Atlas team and JHU APL. 40 Maps That Will Help You Make Sense of the World If you’re a visual learner like myself, then you know maps, charts and info graphics can really help bring data and information to life. Maps can make a point resonate with readers and this collection aims to do just that. Hopefully some of these maps will surprise you and you’ll learn something new. A few are important to know, some interpret and display data in a beautiful or creative way, and a few may even make you chuckle or shake your head.

Human the movie HUMAN, a film by Yann Arthus-Bertrand. Turn on the Closed Captions (CC) to know the countries where the images were filmed and the first name of the interviewees. What is it that makes us human ? The World’s Most Spoken Languages In One Fascinating Infographic Whenever I meet someone of a different ethnicity, out of sheer curiosity, I always ask if they speak the language of their heritage. I was born in Canada, but grew up with Punjabi speaking parents. I also studied French, Japanese, and Korean, and like to see language as almost a binding agent that helps smooth over communication. Business deals can go in a completely different direction if someone knows even a few words of another language, and, let’s be honest, traveling around the world and practicing different words you’ve picked up is fun. Having even a rudimentary understanding of another language also allows you to connect with someone of a different culture much more quickly, and people generally appreciate any efforts of communication in their own tongue.

This map shows how Europe's population changed and shifted in the first decade of the 21st century Immigration – I know this sounds unlikely, but bear with us a moment here – is in the news rather a lot at the moment. For one thing, there's the Mediterranean migrant crisis, which EU leaders are meeting to discuss this week. Then there's the non-stop thrill ride of Britain's debate over whether or not it's a good idea to alienate the entirety of the continent just across the English Channel; one of the main arguments put forward by the Eurosceptic and definitely not racist right-wing party UKIP is that pulling out of Europe would give us back control of our borders.