The Most IMPORTANT Video You'll Ever See - FULL LECTURE HD 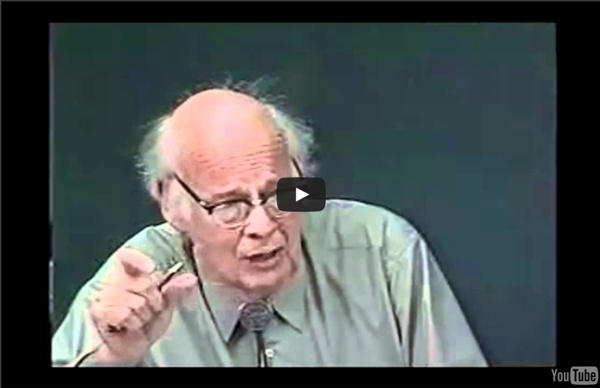 Quadratic Equations: Quadratic Formula Consider the general quadratic equation with . First divide both sides of the equation by a to get Steady state economy A steady state economy is an economy of relatively stable size. It features stable population and stable consumption that remain at or below carrying capacity. The term typically refers to a national economy, but it can also be applied to the economic system of a city, a region, or the entire planet. Russia Warns Obama: Monsanto 7 Shares Share Tweet Email Documentary List - The best documentaries to watch online The Viking Warriors The Vikings (from Old Norse víkingr) were seafaring north Germanic people who raided, traded, explored, and settled in wide areas of Europe, Asia, and the North Atlantic islands from the late 8th to the mid-11th centuries. The Vikings employed wooden longships with wide, shallow-draft hulls, allowing navigation in rough seas or in shallow river waters. The ships could be landed on beaches, and their light weight enabled them to be hauled over portages.

Einstein for Everyone - StumbleUpon Einstein for Everyone Nullarbor Press 2007revisions 2008, 2010, 2011, 2012, 2013 Copyright 2007, 2008, 2010, 2011, 2012, 2013 John D. Book Bytes - 109: Getting the Market to Tell the Truth April 11, 2012 Getting the Market to Tell the Truth Lester R. Michael Sweeney ~ Revolt Against Mongressanto: GMO Crops Torched in America proparanoid June 21 2013 (Thanks, LB) Not one media outlet outside of local circles has dared to mention it, perhaps because government fears that if the public learns that other people are getting fighting mad (literally), they might join in, and become an actual revolution. It was only reported locally live on KXL Radio and echoed by the Oregonian, where the ONLY Web mention exists, hard to find because the headline wording is carefully avoids the most likely keywords for a search — took me rather a while to find it. Here’s the scoop — PASS IT ON!

why-how-what analyzes migration from countryside to urban china jun 24, 2014 why-how-what analyzes migration from countryside to urban china why-how-what analyzes migration from the countryside to urban areasall images courtesy of why-how-what A Place at the Table Synopsis 50 million people in the U.S.—one in four children—don’t know where their next meal is coming from, despite our having the means to provide nutritious, affordable food for all Americans. Directors Kristi Jacobson and Lori Silverbush examine this issue through the lens of three people who are struggling with food insecurity: Barbie, a single Philadelphia mother who grew up in poverty and is trying to provide a better life for her two kids; Rosie, a Colorado fifth-grader who often has to depend on friends and neighbors to feed her and has trouble concentrating in school; and Tremonica, a Mississippi second-grader whose asthma and health issues are exacerbated by the largely empty calories her hardworking mother can afford. Related Links

Elementary Concepts in Statistics In this introduction, we will briefly discuss those elementary statistical concepts that provide the necessary foundations for more specialized expertise in any area of statistical data analysis. The selected topics illustrate the basic assumptions of most statistical methods and/or have been demonstrated in research to be necessary components of our general understanding of the "quantitative nature" of reality (Nisbett, et al., 1987). We will focus mostly on the functional aspects of the concepts discussed and the presentation will be very short. Further information on each of the concepts can be found in statistical textbooks. Exponential Economist Meets Finite Physicist [slimstat f='count' w='ip' lf='resource contains economist'] views this month; [slimstat f='count' w='ip' lf='strtotime equals 2011-07-01|interval equals -1'] overall Some while back, I found myself sitting next to an accomplished economics professor at a dinner event. Shortly after pleasantries, I said to him, “economic growth cannot continue indefinitely,” just to see where things would go. It was a lively and informative conversation. I was somewhat alarmed by the disconnect between economic theory and physical constraints—not for the first time, but here it was up-close and personal.

GMO and Monsanto: Glyphosate Weed Killer Found in Human Urine across Europe People in 18 countries across Europe have been found to have traces of the weed killer glyphosate in their urine, show the results of tests commissioned by Friends of the Earth Europe and released today [1]. The findings raise concerns about increasing levels of exposure to glyphosate-based weed killers, commonly used by farmers, public authorities and gardeners across Europe. The use of glyphosate is predicted to rise further if more genetically modified (GM) crops are grown in Europe [2].