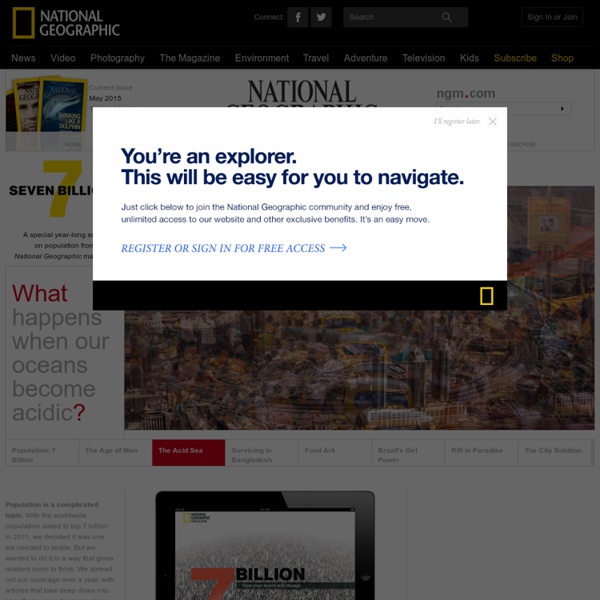 Exponential Economist Meets Finite Physicist [slimstat f='count' w='ip' lf='resource contains economist'] views this month; [slimstat f='count' w='ip' lf='strtotime equals 2011-07-01|interval equals -1'] overall Some while back, I found myself sitting next to an accomplished economics professor at a dinner event. Shortly after pleasantries, I said to him, “economic growth cannot continue indefinitely,” just to see where things would go. Cast of characters: Physicist, played by me; Economist, played by an established economics professor from a prestigious institution. Note: because I have a better retention of my own thoughts than those of my conversational companion, this recreation is lopsided to represent my own points/words. Act One: Bread and Butter Physicist: Hi, I’m Tom. Economist: Hi Tom, I’m [ahem..cough]. Physicist: Hey, that’s great. Economist: [chokes on bread crumb] Did I hear you right? Physicist: That’s right. Economist: Well sure, nothing truly lasts forever. Economist: I would guess a few percent. Total U.S.

Population Matters » For a sustainable future Book Bytes - 109: Getting the Market to Tell the Truth April 11, 2012 Getting the Market to Tell the Truth Lester R. Brown Moving the global economy off its current decline-and-collapse path depends on reaching four goals: stabilizing climate, stabilizing population, eradicating poverty, and restoring the economy’s natural support systems. The key to restructuring the economy is to get the market to tell the truth through full-cost pricing. For energy specifically, full-cost pricing means putting a tax on carbon to reflect the full cost of burning fossil fuels and offsetting it with a reduction in the tax on income. The failure of the market to reflect total costs can readily be seen with gasoline. If we can get the market to tell the truth, to have market prices that reflect the full cost of burning gasoline or coal, of deforestation, of overpumping aquifers, and of overfishing, then we can begin to create a rational economy. If we leave costs off the books, we risk bankruptcy. Or consider deforestation.

Finding seclusion in a world of 7 billion Updated Fri 4 Nov 2011, 6:08pm AEDT Escaping in a world of 7 billion people is becoming increasingly difficult, but in Australia - one of the least densely populated countries - seclusion still exists. The global population passed the 7 billion milestone this week and is expected to hit 9 billion by 2050. Hayman Island on the Great Barrier Reef is about eight kilometres in circumference, with a population of just a few hundred. Photographer Lisa Burns, 27, has lived there for the past two years. Here she paints a picture of what it's like in one of the Earth's few remaining pockets without people. I moved over with my partner. We live in a studio apartment, it's like a hotel room, we don't have a kitchen or anything like that but we've got a balcony which looks over the ocean and the reef. The island is quite small - it's about eight kilometres in circumference - so we can't go to many places but we go for bushwalks and sunset walks when it's low tide and things like that.

Hooked on Growth » Population Growth Most advocates of sustainable population levels believe reducing population is just part of the work needed to bring our civilization into sustainable equilibrium. For the wealthiest populations, reducing consumption, contracting our economies (degrowth), and eventually reaching a steady state economy are also essential. World population reached 7 billion in 2011. It also depends on whether the developing world follows in our mistaken footsteps or takes a more direct route to a sustainable way of life. It is true the rate of population increase is slowing, but there is no guarantee that will continue, particularly if projections cause us to relax and discontinue efforts to educate the public about sustainable population, provide access to contraception, and increase gender equity and opportunity. Additionally, today many cities, states, territories and nations welcome and even pursue population growth. Please e-mail dave[at]@growthbusters.orgtosuggestadditionstothislist. Global National

7 billion people and you: What's your number? Sources: All population data are based on estimates by the UN Population Division and all calculations provided by the UN Population Fund. The remaining data are from other sections of the UN, the Global Footprint Network and the International Telecommunications Union. Want to find out more? Visit the UN Population Fund's detailed population calculator, 7 billion and me. Notes on the data: Only birth dates after 1910 can be accommodated and only countries with populations of more than 100,000 people are included. Three country groupings - developed, developing and least developed - featured in the conclusions are those referenced by the UN for assessing the Millennium Development Goals. Read the answers to frequently asked questions here.

Professor Emeritus Al Bartlett - Physics at University of Colorado at Boulder - articles on exponential growth, peak oil and population growth, sustainability, renewable resources and the environment 7 challenges for 7 billion Updated Thu 3 Nov 2011, 9:36am AEDT This week the world's population ticked over to 7 billion. By 2050 that number is expected to grow to 9 billion. From water shortages to rising sea levels, experts from the University of New South Wales and the University of Melbourne paint a grim future for life on Earth. They forecast dramatic changes unless significant steps are taken to curb population growth. Here seven academics outline seven challenges they say a population of 7 billion must confront. Is it all doom and gloom as they suggest, or do we have a brighter future? Climate Australia is one of the most affluent and also the most effluent nations on Earth. What we're putting into the atmosphere really constitutes an unprecedented experiment with our planet that is going to lead to changes that haven't been seen in millions of years. Water Access to fresh water in Australia, the driest inhabited continent, is incredibly difficult. Energy Economy Ageing population Birth control Food security

Steady state economy A steady state economy is an economy of relatively stable size. It features stable population and stable consumption that remain at or below carrying capacity. The term typically refers to a national economy, but it can also be applied to the economic system of a city, a region, or the entire planet. Note that Robert Solow and Trevor Swan applied the term steady state a bit differently in their economic growth model. Their steady state occurs when investment equals depreciation, and the economy reaches equilibrium, which may occur during a period of growth. Physical features[edit] The steady state economy is an entirely physical concept. Economists use gross domestic product or GDP to measure the size of an economy in dollars or some other monetary unit. A steady state economy, therefore, aims for stable or mildly fluctuating levels in population and consumption of energy and materials. Limits to economic growth[edit] History of the concept[edit] and Policies for the transition[edit]

Is Population Growth a Ponzi Scheme? by Joseph Chamie Bernie Madoff’s recent Ponzi scheme has drifted out of the world's headlines. However, there is another even more costly and widespread scheme — “Ponzi Demography” — that warrants everybody's attention. While it may come in many guises, Ponzi demography is essentially a pyramid scheme that attempts to make more money for some by adding on more and more people through population growth. While more visible in industrialized economies, particularly in Australia, Canada and the United States, Ponzi demography also operates in developing countries. The underlying strategy of Ponzi demography is to privatize the profits and socialize the costs incurred from increased population growth. The basic pitch of those promoting Ponzi demography is straightforward and intoxicating in its pro-population growth appeal: "more is better." Among its primary tactics, Ponzi demography exploits the fear of population decline and aging.

Food shortages could force world into vegetarianism, warn scientists | Global development Leading water scientists have issued one of the sternest warnings yet about global food supplies, saying that the world's population may have to switch almost completely to a vegetarian diet over the next 40 years to avoid catastrophic shortages. Humans derive about 20% of their protein from animal-based products now, but this may need to drop to just 5% to feed the extra 2 billion people expected to be alive by 2050, according to research by some of the world's leading water scientists. "There will not be enough water available on current croplands to produce food for the expected 9 billion population in 2050 if we follow current trends and changes towards diets common in western nations," the report by Malik Falkenmark and colleagues at the Stockholm International Water Institute (SIWI) said. Dire warnings of water scarcity limiting food production come as Oxfam and the UN prepare for a possible second global food crisis in five years.