7 Billion: How Did We Get So Big So Fast? 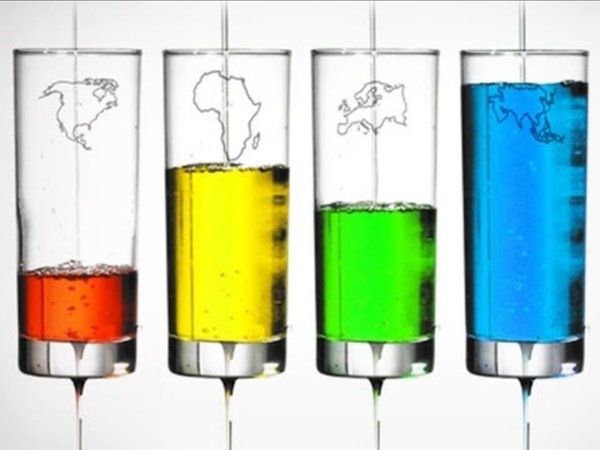 The Wetsuitman A gale was blowing from the south-west as the elderly architect put on his jacket and rubber boots and went to face the elements. Down in the bay, four metre high waves crashed against the cliffs and sent sea spray hundreds of metres across the grazing land at Norway’s southernmost tip. The first thing the architect noticed when he approached the sea was a wetsuit. It lay stretched out on the small patch of grass between the cliffs, right outside the reach of the waves. “That might be useful,” the architect thought. It was rare for him or anyone else in the village to take a walk down there.

World Population Clock This page will only work with a graphical browser implementing Javascript 3.0 or higher. It fairly accurately clocks the current population and reflects its growth using a second-order approximation of the exponential; in addition, if you enter a date in any form Javascript will accept and hit the "Do this time" button, it will use its magic formula to estimate the population for any date from 1900 to 2100, although the estimates become unreliable outside the range 1950 to 2050. Use the "Un/Freeze" button to "freeze" the clock at a certain time while it is ticking, or to resume it ticking with the present population after you have frozen it or asked for an estimate.

How Nutella Explains the World Not only is Nutella sold all over the world—250,000 tons of the scrumptious chocolate goo is sold across 75 countries every year—its ingredients are sourced from just about everywhere. It’s hazelnut-flavored globalization in a jar, inspiring the Organisation for Economic Co-operation and Development to use the popular spread as a case study for “global value chains.” The report reveals just how tightly integrated and small the world has become. Though Ferrero, the company that brought Nutella to market in 1964, is headquartered in Italy, an OECD-produced map illustrates what is a truly international concoction, with factories in Europe, Russia, North America, and South America.

Earth - Your life on earth Explore BBC Earth's unique interactive, personalised just to you. Find out how, since the date of your birth, your life has progressed; including how many times your heart has beaten, and how far you have travelled through space. Investigate how the world around you has changed since you've been alive; from the amount the sea has risen, and the tectonic plates have moved, to the number of earthquakes and volcanoes that have erupted.

How Religion is Making Overpopulation Worse By Vexen Crabtree | 10 April 2015Human Truth 1. The Necessity of Birth Control and Contraception and the Opposition of Religious Organisations Few people doubt the severity of the problem that overpopulation presents for this planet. Its consequences are poverty, famine, disease and death, sometimes on very large scales. World Population Clock: 7.4 Billion People (2016) World Population: Past, Present, and Future (move and expand the bar at the bottom of the chart to navigate through time) The chart above illustrates how world population has changed throughout history. View the full tabulated data.

Animated interactive of the history of the Atlantic slave trade. Source: slavevoyages.org For the full interactive version, use a larger device. Interactive by Andrew Kahn. The Economist ON A trolley in a government clinic in rural Ethiopia lies Debalke Jemberu. As a medic and a nurse winkle the sperm-carrying tubes out of his testicles, he explains why he decided to have a vasectomy. He is a farmer, growing wheat, sorghum and a local staple grain called teff. But his plot is barely a quarter of a hectare. » Globalization: A View from Below Zinn Education Project Our planet is entering the new century with fully 1.3 billion people living on less than one dollar a day. Three billion people, or half the population of the world, live on less than two dollars a day. Yet this same planet is experiencing unprecedented economic growth. The statistics that describe the accumulation of wealth in the world are mind-boggling. From where we sit, the most staggering statistics of all are those that reflect the polarization of this wealth. In 1960 the richest 20% of the world’s population had 70% of the world’s wealth, today they have 86% of the wealth.