Chimamanda Ngozi Adichie: We should all be feminists. Geography: Population Maps. The Situation for Women and Girls Around the World? Stark. Subscribe to PassBlue Subscribe to our mailing list and get interesting stuff and updates to your email inbox. 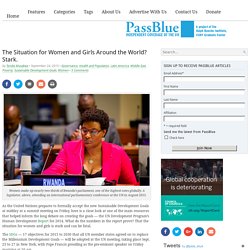 Thank you for subscribing. Something went wrong. Women make up nearly two-thirds of Rwanda’s parliament, one of the highest rates globally. A legislator, above, attending an international parliamentary conference at the UN in August 2015. Gender Equality Index. Gender Inequality Index(GII) Human development Index. HDI 2016. Human Development Index - HDI. Video Definition Share Video A developed economy refers to a country with a relatively high level of economic growth and security. 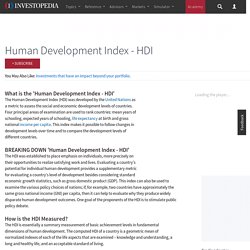 Common criteria for evaluating a country's degree of development are per capita income or gross domestic product (GDP), level of industrialization, general standard of living, and the amount of widespread infrastructure. Noneconomic factors, such as the Human Development Index (HDI), which quantifies a country's levels of education, literacy and health into a single figure, can also be included in evaluating an economy or country's degree of development. BREAKING DOWN 'Developed Economy' The most well-known current examples of developed countries include the United States, Canada and most of western Europe, including the United Kingdom and France.

Developed Economy Criteria The most common metric used to determine if an economy is developed or nondeveloped is per capita GDP, though no set minimum exists. Human Development Index (HDI) The HDI was created to emphasize that people and their capabilities should be the ultimate criteria for assessing the development of a country, not economic growth alone. 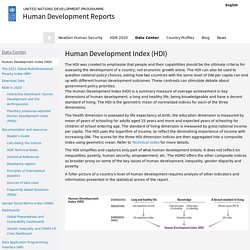 The HDI can also be used to question national policy choices, asking how two countries with the same level of GNI per capita can end up with different human development outcomes. These contrasts can stimulate debate about government policy priorities. Net migration rate by country - Thematic Map - World. Definition: This entry includes the figure for the difference between the number of persons entering and leaving a country during the year per 1,000 persons (based on midyear population). 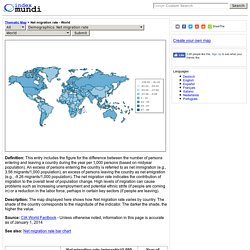 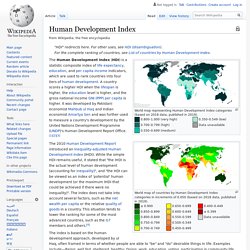 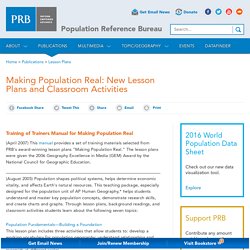 The Population Bomb World population growth -- and how to slow it -- continues to be a subject of great controversy. 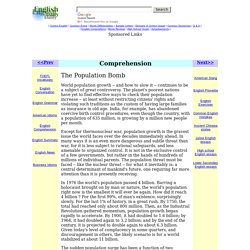 The planet's poorest nations have yet to find effective ways to check their population increase -- at least without restricting citizens' rights and violating such traditions as the custom of having large families as insurance in old age. India, for example, has abandoned coercive birth control procedures, even though the country, with a population of 635 million, is growing by a million new people per month. Teachers' Resources - World Population. The following six lessons enable students to use different features of the site to explore trends in population, the environment, and human well-being over the past 2,000 years, as well as projections of future growth. 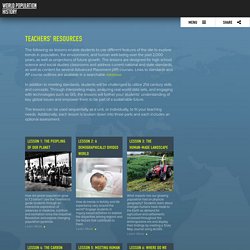 The lessons are designed for high school science and social studies classrooms and address current national and state standards, as well as content for several Advanced Placement (AP) courses. Links to standards and AP course outlines are available in a searchable database. In addition to meeting standards, students will be challenged to utilize 21st century skills and concepts.

Through interpreting maps, analyzing real-world data sets, and engaging with technologies such as GIS, the lessons will further your students’ understanding of key global issues and empower them to be part of a sustainable future. The lessons can be used sequentially as a unit, or individually, to fit your teaching needs. GCSE Bitesize: Case study: China. Cookies are Not Accepted - New York Times. Population pyramids: Powerful predictors of the future - Kim Preshoff. Hans Rosling: Global population growth, box by box. Learningfromgeography - Population. Skip to main content Create interactive lessons using any digital content including wikis with our free sister product TES Teach. 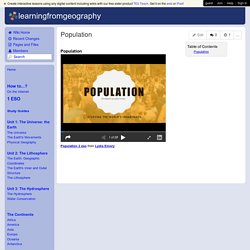