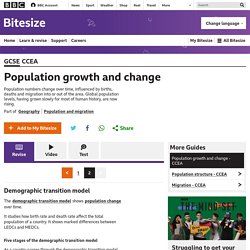 Most LEDCs are at stage 2 or 3 (with a growing population and a high natural increase). Most MEDCs are now at stage 4 of the model and some such as Germany have entered stage 5. Will we run out of natural resources? - OCR - Revision 3 - GCSE Geography - BBC Bitesize. Malthusian theory examines the relationship between population and food production, suggesting that while population grows geometrically (ie 1, 2, 4, 8, 16 etc), food production increases arithmetically (ie 1, 2, 3, 4, 5 etc). 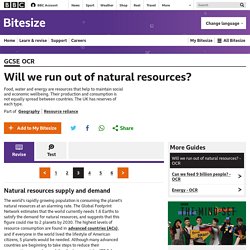