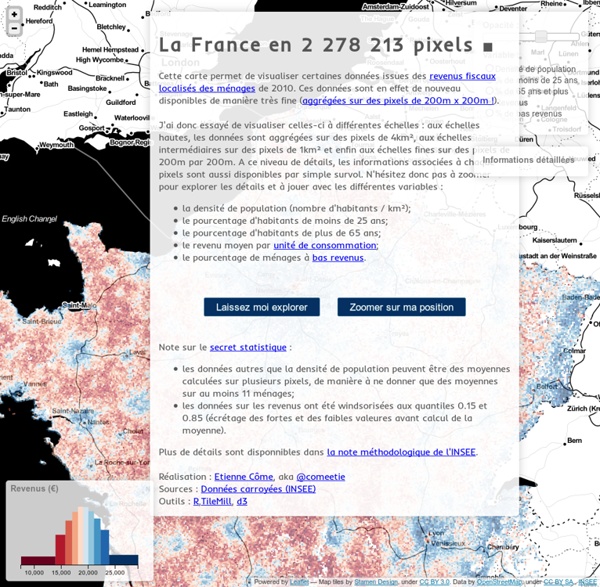 Simple explanation of why capitalism is unfair Posted 1 year ago on July 29, 2012, 1:24 a.m. EST by DemandTheGoodLifeDotCom (3213) from New York, NY This content is user submitted and not an official statement The entire system of capitalism is unfair because it is based on theft and exploitation and is undemocratic.

Let’s talk about inequality: join Blog Action Day 2014 We’ve partnered up with Blog Action Day to start a global discussion about inequality, and we need you to be part of it. On the 16th October, people from around the world will be raising their voices to make inequality go viral! Join Blog Action Day and register to take part today. Why inequality? Earlier this year, Oxfam revealed that 85 people have as much wealth as half of the people on the planet combined. The Secret U.S. Trade Agreement That Will Make Income Inequality Worse The bulk of the world’s wealth is in the hands of just 80 people, a recent report by Oxfam noted. These individuals control this wealth through investments, corporations (many of which they own), as well as through political influence. This influence through campaign contributions and lobbying efforts gives them unprecedented access to government policies for such things as regulatory issues and taxation. The global nature of the economy has made controlling that influence difficult to minimize. Via their corporate interests, the influence of the richest one percent is felt in all corners of the world.

Inequality isn’t just bad for the economy — it’s toxic for the environment The pope’s encyclical on climate change was received with both enormous enthusiasm and criticism, reactions that will only intensify as he continues to lead efforts to solve our climate crisis and generate momentum for the U.N. Climate Conference later this year. His latest move?

Fracking waste more likely to be located in poor communities and neighborhoods of color Hydraulic fracturing — using a high-pressure injection of liquid into rock to release natural gas or oil — involves using a lot of water. Once that process is done, the fracking companies have to put that chemical-heavy wastewater somewhere. In South Texas’ Eagle Ford — an area that has been transformed by fracking — wastewater storage units are located disproportionately in neighborhoods of color and communities with higher levels of poverty, according to a recent study. Environmental Health News reports:

Income Inequality Is Only Part of the Problem Much discussion has been taking place of late related to income inequality in our society and the myriad of problems it creates for so many of us and the overall economy. Another, related aspect of economic inequality that pervades our society is the vast inequality of wealth, and the way in which our means of inheritance tends to further exacerbate income inequality and entrench it for generations to come. The emphasis this society places on money and its use to obtain not only the means for survival, but also the means for personal advancement, has resulted in the fact that having it in sufficient amounts becomes a determining factor in the actual opportunity for the achievement of the old goals of life, liberty and the pursuit of happiness for most of us. Quality health care, education, even food, shelter and the physical environment one lives in are often dependent upon the economic circumstances one grows up in.

Inequality Is About So Much More Than Money Two years ago this month, Thomas Piketty published his massive tome on inequality, Capital in the 21st Century. Embedded in the 696 pages of tables and analysis was a fairly simple idea: In rich countries, the distribution of wealth is more unequal than the distribution of income; wealth will continue to grow faster than income (r>g); and, therefore, a small elite will inherit the wealth of the world with little left over for the many poor. His thesis had its share of nitpickers and weighty detractors, but it succeeded in moving the U.S. debate about the rich and poor from a discussion of income, which is annual, to a discussion of wealth, which is cumulative. This was important. Piketty wasn’t just shining a spotlight on inequality in 2014, but rather turning the lights up on the history of wealth accumulation among the richest sliver of society and showing where things might be headed. The world has its thesis on wealth inequality.

Related:
Related:  Inégalités croissantes   -  Population Dynamics - Depopulation   -  HCI and Aging Population   -  Population Issues   -  Overpopulation, optimum population and underpopulation   -  population   -  Population   -  Spain's population   -  POPULATION   -  Nanotechnology   -  SHOW®/WORLD - A New Way To Look At The World   -  Hans Rosling on global population growth - YouTube   -  Views of the World - rediscovering the world   -  peoplemovin - A visualization of migration flows   -  tribes-of-indian-nations-map.jpg (JPEG Image, 1419 × 1056 pixels) - Scaled (72%)   -  Population Pyramids of the World from 1950 to 2100 — PopulationPyramid.net   -  The Most IMPORTANT Video You'll Ever See - FULL LECTURE - AlBartlett.org - YouTube   -  7 Billion: How Did We Get So Big So Fast? - YouTube   -  Migrations Map: Where are migrants coming from? Where have migrants left?   -  Sacred Economics | Charles Eisenstein | Money, Gift and Society in the Age of Transition.   -  A Science Odyssey: People and Discoveries: Eugenics movement reaches its height   -  the-world-as-100-people_51505a8baf475.png (PNG Image, 1370 × 1370 pixels) - Scaled (73%)   -  A Real-Time Map of Births and Deaths   -  According To A Nasa Funded Study, We're Pretty Much Screwed | I Fucking Love Science   -  Jamie Oliver: Teach every child about food   -  Distractify | The 60 Most Powerful Photos Ever Taken That Perfectly Capture The Human Experience   -  The Mint countries: Next economic giants?   -  Hans Rosling: Global population growth, box by box   -  Why Finnish babies sleep in cardboard boxes   -  What is the role of climate change in the conflict in Syria?   -  Human Development Index (HDI)   -  Syria: The story of the conflict   -  Google   -  The Venus Project   -  Malthusian Theory of Population   -  Physicists Discover Geometry Underlying Particle Physics   -  Human the movie