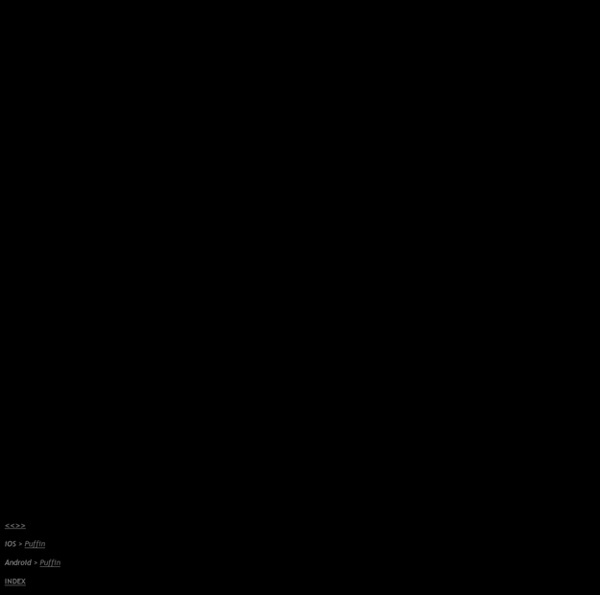 Tree of Life : Exhibits : Yale Peabody Museum of Natural History Phylogenetic trees predict the characteristics of species that have not yet been carefully studied. This can guide the search for useful natural products, including “bioprospecting” for new drugs. For example, the drug “taxol,” which is used to treat breast cancer, was first isolated from the Pacific yew plant.

Timeline: The evolution of life - life - 14 July 2009 Read full article Continue reading page |1|2|3|4 There are all sorts of ways to reconstruct the history of life on Earth. Pinning down when specific events occurred is often tricky, though. For this, biologists depend mainly on dating the rocks in which fossils are found, and by looking at the "molecular clocks" in the DNA of living organisms. There are problems with each of these methods. Phylogeny/Island Biogeography PREFACE ISLAND BIOGEOGRAPHY and Evolution is an activity about the evolution of three species of lizards on the Canary Islands. It is designed for high school biology students. Its purpose is to demonstrate to students that evolutionary problems are complex, and solutions may involve data from various disciplines of science.

Canadian Irish conjoined twins likely share the same mind Tatiana (left) and Krista Hogan at home in British Columbia, Canada, with mom Felicia Hogan, left, and grandmother Louise McKay. Photo by: ABC News Conjoined four-year-old Irish Canadian twins, Krista and Tatiana Hogan, are making scientific history. The sisters from British Columbia share a mind. From the very beginning doctors noticed something strange about the girls. When one was being pricked with a needle the other’s face would be a mirror image or her sister’s; wincing and bursting into tears. Earth - Chicken grows face of dinosaur Sixty-five million years ago, an asteroid is believed to have crashed into Earth. The impact wiped out huge numbers of species, including almost all of the dinosaurs. One group of dinosaurs managed to survive the disaster.

Beagle Voyage 26 December 1831 - to - 27 February 1832 Crossing the Atlantic Ocean: H.M.S. Beagle leaves Plymouth Harbor A tour of the Madeira and Canary islands Landfall at the Cape Verde islands The weather was now quite fine and the Beagle was ready to set sail on 26 December. Human Evolution: The fossil evidence in 3D Welcome to the UCSB online 3D gallery of modern primate relatives and fossil ancestors of humans. This gallery contains five modern primate crania, and five fossil crania. The crania can be rotated 360 degrees. Each cranium is accompanied by a short description of its relevance to human evolution, and a site map.

Göbekli Tepe By Charles C. Mann Photograph by Vincent J. Case Study: How Did the Guppy Get His Color? This case study examines evolution in guppies as evidenced by color variation in populations. It is based on an iconic study performed by John Endler where he collected data on guppies by scoring the size, number, and brightness of spots. Students progress though the slides (lecture and discussion), and examine details of Endler’s study, such as where the pools were located and why natural barriers created different environments for the native guppies. The case also examine two predatory fish found in Trinidad, the killifish (Rivulus hartii) and the pike (Crenichichla alta). Students then examine real data gathered in the experiment that showed how the color and number of spots found on guppies was related to the types of predators in the stream.

Human Evolution Evidence Scientists have discovered a wealth of evidence concerning human evolution, and this evidence comes in many forms. Thousands of human fossils enable researchers and students to study the changes that occurred in brain and body size, locomotion, diet, and other aspects regarding the way of life of early human species over the past 6 million years. Millions of stone tools, figurines and paintings, footprints, and other traces of human behavior in the prehistoric record tell about where and how early humans lived and when certain technological innovations were invented. Artificial Selection in Evolution - Free High School Video What Is Artificial Selection? You've likely heard of natural selection, which is often described as the 'survival of the fittest.' This is a bit of a misnomer, because in evolution, individual organisms don't willfully adapt to their environment. Rather, environmental stressors lead to the selection of specific traits among individuals within a population, pushing those traits forward through time. So, in natural selection, what is considered 'fit' actually depends on the environment and its demands. Artificial selection is a bit different.

Wildlife photography award winners: Gorilla makes friends with duckling By Daily Mail Reporter Updated: 11:06 GMT, 9 June 2011 It was a scene that perhaps wouldn't have made the final cut of King Kong. This lowland gorilla shares a moment of quiet reflection with a tiny mallard duckling, who seems fairly nonplussed about being in the presence of one of nature's most powerful beasts. The heart-warming image is among Nature's Best Photography Magazine's wildlife photograph winners for 2010. A stunning image of a frolicking bear in the woods and a dramatic scene of a hummingbird facing down a deadly viper were also among the winners of the competition, which received more than 25,000 entries. The awards began with simple yet dynamic goals: to celebrate the beauty and diversity of nature through the art of photography, and to use it as a creative tool for encouraging greater public interest in outdoor enjoyment and conservation.

The mutation that helped ancient humans survive frostbite probably gave us arthritis When humans began their slow migration out of Africa some 100,000 years ago, they carried with them the genetic seeds necessary to help survive the bitter chill of Europe and Asia. But, unknowingly, in the same genes lurked a painful burden that afflicts millions today – with a new study finding that a gene variant that helped our ancestors survive extreme climates and frostbite also increases the likelihood of developing arthritis. According to researchers at Stanford and Harvard universities, a variant of the GDF5 gene – which is associated with bone growth and joint formation – has two effects on those that carry mutations of the gene: it reduces bone length (and, subsequently, height), and it can almost double the chance of osteoarthritis. "It's clear that the genetic machinery around a gene can have a dramatic impact on how it works," says one of the researchers, human evolutionary biologist Terence Capellini, now at Harvard University. The findings are reported in Nature Genetics.