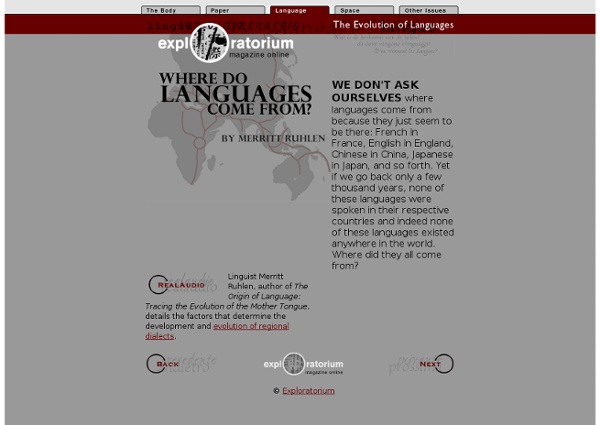 May/June 2010 > Features > Cognitive Scientist Lera Boroditsky Can language shape how we think? A Stanford researcher says yes, and her work speaks volumes about what makes people tick. By Joan O'C. Hamilton﻿ Lera Boroditsky's journey to answer one of psychology's most intriguing and fractious questions has been a curious one. She's spent hours showing Spanish-speakers videos of balloons popping, eggs cracking and paper ripping. "In English," she says, moving her hand toward the cup, "if I knock this cup off the table, even accidentally, you would likely say, 'She broke the cup.'" If one deliberately knocks the cup, there is a verb form to indicate as much. The question is: Does the fact that one language tends to play the blame game while the other does not mean speakers of those languages think differently about what happened? As anyone who's studied a new language understands well, languages differ in myriad ways beyond simply having, as comedian Steve Martin once observed, "a different word for everything." Consider space. Not so in Indonesian.