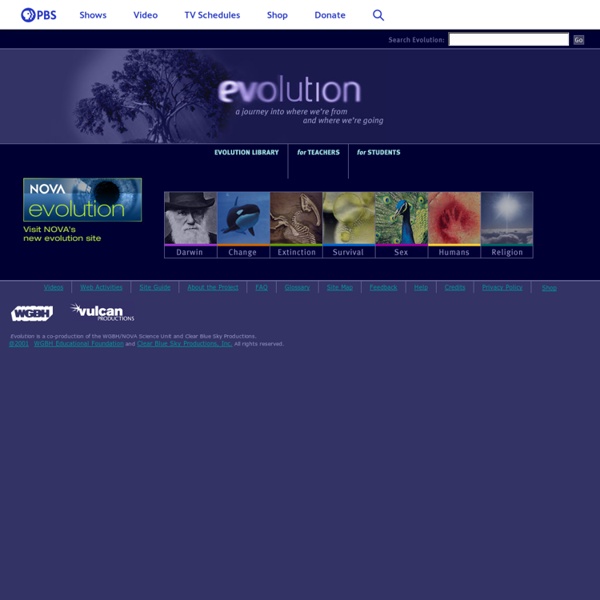 Cut and Run Legions of athletes, sports gurus, and scientists have tried to figure out why Kenyans dominate long-distance running. In this short, we stumble across a surprising, and sort of terrifying, explanation. At the 1968 summer Olympics in Mexico City, Kipchoge Keino overcame a gall bladder infection to win gold in the 1500 meter race. Since then, one particular group of Kenyans - the Kalenjin - has produced an astonishing number of great long-distance runners. Gregory Warner - NPR's East Africa correspondent - takes Jad and Robert down a rabbit hole of theories about what exactly is going on in Kalenjin country. David Epstein and John Manners help Greg untangle a web of potential factors - from something in the cornmeal to simple economics. Missing link found? Scientists unveil fossil of 47 million-year-old primate, Darwinius masillae Tama/Getty The 47 million year old fossilized remains of a primate is seen at the American Museum of Natural History in New York. Feast your eyes on what a group of scientists call the Holy Grail of human evolution. A team of researchers Tuesday unveiled an almost perfectly intact fossil of a 47 million-year-old primate they say represents the long-sought missing link between humans and apes. Officially known as Darwinius masillae, the fossil of the lemur-like creature dubbed Ida shows it had opposable thumbs like humans and fingernails instead of claws. Scientists say the cat-sized animal's hind legs offer evidence of evolutionary changes that led to primates standing upright - a breakthrough that could finally confirm Charles Darwin's theory of evolution.

Stephen Hawking: "Humans Have Entered a New Stage of Evolution" Although It has taken homo sapiens several million years to evolve from the apes, the useful information in our DNA, has probably changed by only a few million bits. So the rate of biological evolution in humans, Stephen Hawking points out in his Life in the Universe lecture, is about a bit a year. "By contrast," Hawking says, "there are about 50,000 new books published in the English language each year, containing of the order of a hundred billion bits of information. Of course, the great majority of this information is garbage, and no use to any form of life. But, even so, the rate at which useful information can be added is millions, if not billions, higher than with DNA." This means Hawking says that we have entered a new phase of evolution.

Nerve Signaling Lists of Nobel Prizes and Laureates Nerve Signaling Play the Nerve Signaling Game About About the nerve signaling production. UPD8 - Antibiotic cockroaches - Type: Activity Learning Strategy: Data work Topic: Drugs Superbugs like MRSA are on the rampage, killing vulnerable hospital patients. What are scientists doing to combat antibiotic-resistant pathogens? This activity teaches new content from the 2011 GCSE specification. At the same time it develops the assessed skill of explaining how strongly evidence supports a hypothesis. Short Films “Film is a powerful way to tell stories. … The right story, told well, can be engaging, informative, and memorable.” —Sean B. Carroll HHMI’s series of short films for the classroom brings fascinating stories of science and scientists to students and teachers. The films aim to bring important scientific advances to life with concrete examples of how science works, how evidence is weighed and tested, and how conclusions are reached.

Top 10 Myths About Evolution – with Downloadable PDF Email If you have been looking for a simple, easy to follow quick guide to evolution… we’ve got it. Our friends at the Skeptics Society gave us permission to reprint this. Smithsonian Human Origins Program Australopithecus afarensis Nickname: Lucy's species Where Lived: Eastern Africa (Ethiopia, Kenya, Tanzania) When Lived: Between about 3.85 and 2.95 million years ago Australopithecus afarensis is one of the longest-lived and best-known early human species—paleoanthropologists have uncovered remains from more than 300 individuals! Found between 3.85 and 2.95 million years ago in Eastern Africa (Ethiopia, Kenya, Tanzania), this species survived for more than 900,000 years, which is over four times as long as our own species has been around.