How The Male Angler Fish Gets Completely Screwed 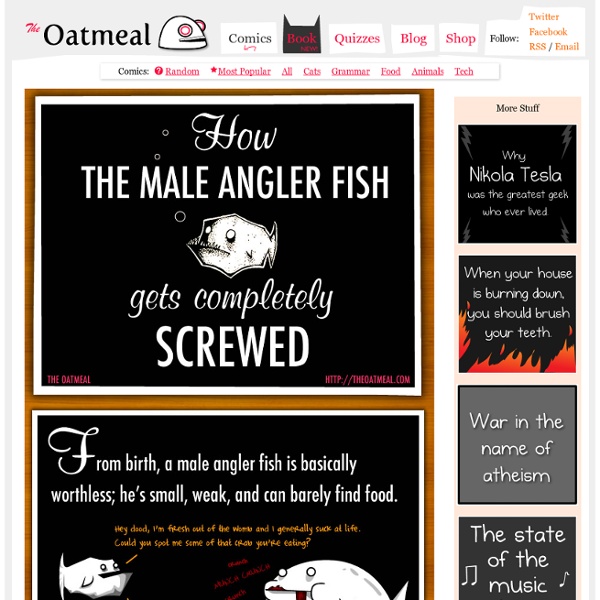 Meet the Quokka, the happiest animal on Earth. These are the CUTEST photos you’ll see all day! These ten photos show that the Quokka, a small marsupial native to a small corner of southwestern Australia, truly has only “good sides” when it comes to getting its picture taken! The Quokka poses no threat to humans, and clearly, can be very friendly. Unfortunately, their friendliness may have contributed to their drastic reduction in population after dingos and foxes entered Australia. Now listed as “vulnerable”, the Quokka populations are recovering in some areas, thanks to conservation efforts. Hopefully that means more photos and videos of the adorable little guys will surface on the Internet! Share this article with your friends and family and give them something adorable to smile about today!

LED Lights Make Augmented Vision a Reality LED Lights Make Augmented Vision a Reality Okay, this is just freaky. We know LED lights are versatile enough to be used for practically anything, but LED contact lenses? Really?! Yes, as it turns out, really. 25 Odd Animals These guys run the gamut of everything from silly looking creatures to curious animals to fear-inducing monsters! 1) Venezuelan poodle moth 2) Blobfish 3) Tufted deer

10 Words You Need to Stop Misspelling Houdini Honey Badgers Can Escape From Anywhere So half the Internet has seen the video about what total badasses honey badgers are (reminder at bottom for those who want a second look). But they don't just have attitude. As this clip from a BBC documentary reveals, they're also really smart.

Nature adapts to Chernobyl Chernobyl: 28 years after disaster On April 26, Ukraine marks the 28th anniversary of the Chernobyl disaster, the worst nuclear accident in history. Take a look at haunting scenes from inside the exclusion zone. WTF, Evolution?