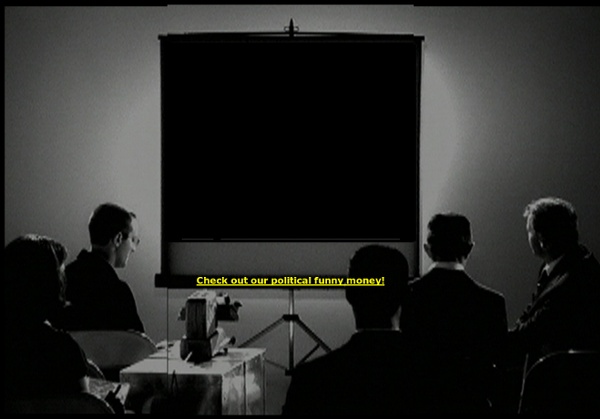 Ishango bone The Ishango bone is a bone tool, dated to the Upper Paleolithic era. It is a dark brown length of bone, the fibula of a baboon,[1] with a sharp piece of quartz affixed to one end, perhaps for engraving. It was first thought to be a tally stick, as it has a series of what has been interpreted as tally marks carved in three columns running the length of the tool, but some scientists have suggested that the groupings of notches indicate a mathematical understanding that goes beyond counting. It has also been suggested that the scratches might have been to create a better grip on the handle or for some other non-mathematical reason.[2] The Ishango bone was found in 1960 by Belgian Jean de Heinzelin de Braucourt while exploring what was then the Belgian Congo.[3] It was discovered in the African area of Ishango, which was centered near the headwaters of the Nile River at Lake Edward (now on the border between modern-day Uganda and Congo). Possible meaning[edit] Mathematical calculations[edit]

The Difference Between Great Britain, England & the United Kingdom (and a whole lot more) Ready for a geography lesson? If you’ve ever been confused about the difference between the United Kingdom, Great Britain and England, this video by Colin Grey (@cgpgrey) will set you straight in an action packed 5 minutes. His fast talking dialog also covers the commonwealth countries, what it means to be ruled by the crown and more. Click this Venn Diagram by Colin Grey to learn at a slower pace: Source: blog.cgpgrey.com

CRACKED: 6 Things Your Body Does Every Day That Science Can't Explain The human race has scaled the tallest mountains, charted the deepest oceans and played a quick front nine on the freaking moon, but there's one frontier that still largely mystifies us: our own bodies. There are everyday phenomenons you'd think must have been explained ages ago, but in reality asking these simple questions of a scientist will net you at best a shrug, and at worst some bullshit he just made up off the top of his head. The act of yawning is baffling to experts for two reasons. One, it doesn't actually seem to serve any purpose. Seriously, when you feel a yawn coming on, suppress it. What happens? Equally baffling, though, is the contagious nature of it. Odds are you've yawned once just because you read the word "yawn" several times above. Science's Wild-Ass Guess: Your science textbook in elementary school may have said that low oxygen levels in the blood triggered yawning, with the yawn providing a quick influx of the gas. Yeah, a tie, that'll do it. What the hell?

Gummy Bear In Potassium Chlorate - Science - Science Funny Pictures, Funny Videos, Cool Videos The 5 Strangest Things Evolution Left in Your Body If you don't believe in evolution, you have to spend a lot of time wondering about the useless shit the creator threw into our bodies. Why don't our wisdom teeth fit in our heads? Why do we need an appendix? The answer is that evolution is a sloppy and haphazard process. Take a close look at your body and you'll see some of the leftover junk. Like... There is a little girl standing behind you with dark, sunken eyes and a deadpan expression. Did you feel that slight tingling sensation on the back of your neck? But mostly when scared and 11. They can also appear when we feel sexually aroused or when we feel in awe of something, like listening to a moving piece of music, or if you're the type, watching monster trucks smash smaller cars (to each his own). But Why? Ever see the fur on the back of a scared or angry animal suddenly stand straight up? It's that. Like this. There is really no reason to have this reaction anymore as it's of no use to us. Above: not bear-food. For... um, warmth.

Adam and Eve: Adam's rib count. Claim CB381: As related in Genesis 2, Eve was created from one of Adam's ribs. As a consequence, men have one fewer set of ribs than women do. Source: reported by Root-Bernstein, 1995. (see below) Response: Men and women have the same number of ribs. References: Gilbert, Scott F. and Ziony Zevit. 2001. Further Reading: Ancient Hunter-Gatherers Kept in Touch Until about 8500 years ago, Europe was populated by nomadic hunter-gatherers who hunted, fished, and ate wild plants. Then, the farming way of life swept into the continent from its origins in the Near East, including modern-day Turkey. Within 3000 years most of the hunter-gatherers had disappeared. Little is known about these early Europeans. But a new genetic analysis of two 8000-year-old skeletons from Spain suggests that they might have been a remarkably cohesive population both genetically and culturally—a conclusion that other researchers find intriguing but possibly premature. The first modern human hunter-gatherers occupied Europe at least 40,000 years ago. Yet, while researchers have intensively studied the ancient farmers who followed them, relatively little is known about Europe's Mesolithic people. The team was able to extract mitochondrial DNA (mtDNA) from both sets of remains, and to completely sequence the mtDNA from the La Braña 1 skeleton.

Human Ancestor May Put Twist in Origin Story Known as the ancient human ancestor was discovered in the Malapa region of South Africa in 2008 and was described for the first time last April. (See "'Key' Human Ancestor Found: Fossils Link Apes, First Humans?" ) Now a suite of five studies, published in this week's issue of the journal is delving deeper into the species' unusual mix of human and apelike traits to help refine s place in the time line of human evolution . After examining s anatomy, for instance, scientists think they may have evidence that the species was capable of making and using tools. In addition, the team thinks it may have found samples of fossilized skin. "We've started an open-access experiment"—called the Malapa Soft Tissue Project —"to determine if we do in fact have skin," said study leader Lee Berger , an anthropologist at the University of the Witwatersrand in Johannesburg. "We are enlisting the entire scientific community in exploring this possibility." (See pictures of the fossils .)

10 Transitional Ancestors of Human Evolution Humans The evolution from our closest non-human ancestor to present day humans is one with many transitions. Some of these transitions are widely agreed upon by the scientific community while others are shrouded in frustrating darkness. Below are the ten species that have added the most to our lineage, some adding seemingly simple advances like walking on two legs and chewing food differently to mastering fire and dominating every other species on Earth. Sahelanthropus tchadensis 6-7 mya The beginnings of our lineage away from the Great Apes really start with the separation from chimpanzees, our closest non-hominin relative. Kenyanthropus platyops 3.5 mya Found at Lake Turkana, Kenya in 1999, K. platyops changed the way paleoanthropologists viewed our ancestral tree. Australopithecus afarensis 3.0-3.9 mya In 1974 at Hadar, Ethiopia researchers discovered about 40% of a skeleton came to be known as “Lucy.” Paranthropus boisei 1.4-2.3 mya Homo habilis 1.6-2.5 mya Homo ergaster 1.5-1.8 mya Homo erectus

Why crying babies are so hard to ignore Ever wondered why it is so difficult to ignore the sound of a crying baby when you are trapped aboard a train or aeroplane? Scientists have found that our brains are hard-wired to respond strongly to the sound, making us more attentive and priming our bodies to help whenever we hear it – even if we're not the baby's parents. "The sound of a baby cry captures your attention in a way that few other sounds in the environment generally do," said Katie Young of the University of Oxford, who led the study looking at how the brain processes a baby's cries. She scanned the brains of 28 people while they listened to the sound of babies and adults crying and sounds of animal distress including cats meowing and dogs whining. Using a very fast scanning technique, called magnetoencephalography, Young found an early burst of activity in the brain in response to the sound of a baby cry, followed by an intense reaction after about 100 milliseconds.

Oldest Javelins Predate Modern Humans, Raise Questions on Evolution Charles Q. Choi The oldest known stone-tipped projectiles have been discovered in Ethiopia. The javelins are roughly 280,000 years old and predate the earliest known fossils of our species, Homo sapiens, by about 80,000 years. These javelins are some 200,000 years older than previous examples of similar weapons, suggesting that modern humans and their extinct relatives had the know-how to create these sorts of complex thrown projectiles much earlier than often thought. Scientists investigated stone tools unearthed at the Gademotta Formation on the flanks of an ancient, large collapsed volcanic crater in central Ethiopia's Rift Valley. "Today, the area represents a ridge overlooking one of the four lakes in the vicinity, Lake Ziway," said researcher Yonatan Sahle, an archaeologist at the University of California, Berkeley. The oldest artifacts at the site are roughly 279,000 years old. Pointed artifacts with damage suggesting they were used in spears are common at the site.

Oldest Human Footprints in North America Discovered The footprints tell the story of a hunter-gatherer who marched through a marshy basin in the Chihuahuan Desert long before the Mesoamerican civilizations like the Mayans dominated the Mexican landscape. “To my knowledge the oldest human prints previously reported in North America are around 6,000 years old,” Nicholas Felstead, a geoarchaeologist at Durham University in the U.K., said in a statement, according to Western Digs. Felstead, who spearheaded the new study of the tracks, was able to date the footprints because they were preserved in travertine, a sedimentary rock containing small traces of uranium. Since scientists know the rate at which uranium decays, becoming thorium, researchers were able to determine the footprints’ age by measuring the ratios of the two elements. According to their study, published in the Feb. 2014 edition of the Journal of Archaeological Science, North America’s oldest footprints were made around 10,550 years ago.