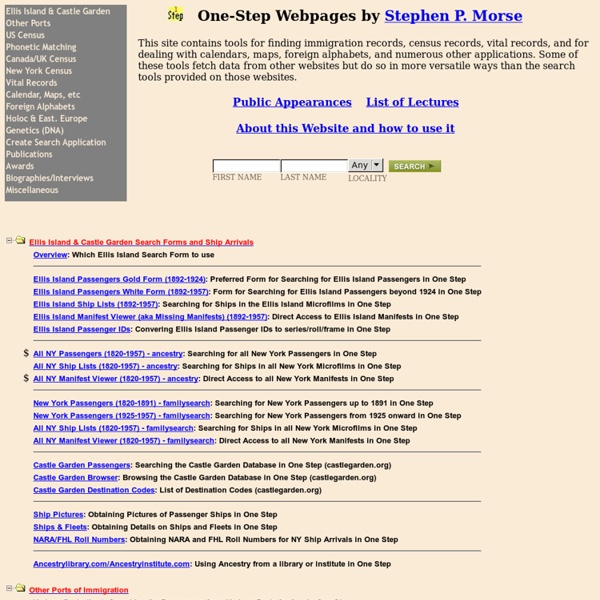 Mind Mapping - Tony Buzan What is a Mind Map? A Mind Map is a powerful graphic technique which provides a universal key to unlock the potential of the brain. It harnesses the full range of cortical skills – word, image, number, logic, rhythm, colour and spatial awareness – in a single, uniquely powerful manner. In so doing, it gives you the freedom to roam the infinite expanses of your brain.

How do I do that in QGIS This section is intended to show how to perform basic GIS operations in QGIS in the most straightforward way. It is modelled after “How do I do that in ArcGIS/Manifold?: illustrating classic GIS tasks”. That document illustrated a selection of tasks which were thought to be representative of common usage in 2004, and was itself derived from a checklist of essential GIS functions that was included in 1988 in “A Process for Selecting Geographic Information Systems”. As well as everyday tasks for managing and presenting spatial data, this section includes common operations which are typically one step in a longer process of analysis.

Presidential Memorial Certificates - National Cemetery Administration A Presidential Memorial Certificate (PMC) is an engraved paper certificate, signed by the current President, to honor the memory of honorably discharged deceased Veterans. History This program was initiated in March 1962 by President John F. The Library of Congress Is Putting Its Map Collection on the Map Map lovers rejoice: soon, thousands of maps from the Library of Congress’ collection will be free to gaze at online. Thanks to a new partnership with the Digital Public Library of America, about 5,000 rare and historic maps will soon be easily accessible in a news digital catalogue, Allison Meier reports for Hyperallergic. Recently, the Library of Congress (LOC) signed a memorandum of understanding stating that the world’s largest library will start sharing parts of its digital collection with the Digital Public Library of America (DPLA). As part of an effort to make these documents easily available from a central location, the LOC will begin by uploading 5,000 maps from three collections covering the Revolutionary War, the Civil War, and panoramic maps, Meier reports. “We are pleased to make the Digital Public Library of America a new door through which the public can access the digital riches of the Library of Congress,” Librarian of Congress Carla Hayden says in a statement.

List of genealogy databases This is a list of genealogy databases and online resources that are not specifically restricted to a particular place, family set, or time period in their content. Comparison of notable databases for uploading family trees[edit] Some of these also have social networking features. THE SPATIAL ECONOMY: INTRODUCTION 1.1 The rediscovery of geography In the last few years there has been a dramatic increase in research on economic geography -- that is, on where economic activity occurs and why. This surge of interest has been driven to some extent by real-world concerns -- the field has been given a big boost in particular by plans to unify the European market, and the attempt to understand how this deeper integration will work by comparing international economics within Europe with interregional economics within the United States. But economic geography has always been important; if it has been notably neglected by the economics profession, this is not because economists have been uninterested in the subject, but because they have regarded it as intractable. The basic problem with doing theory in economic geography has always been the observation that any sensible story about regional and urban development must hinge crucially on the role of increasing returns. 1.2 Linkages and circular causation

Introducing the Mapbox Studio Manual Whether you’ve built with Mapbox Studio before or you’re not sure where to start, the new Mapbox Studio Manual is your guide to creating beautiful custom map styles. From a simple walk through of the Mapbox Studio interface to detailed conceptual explanations, we documented everything. Learn how our maps work Throughout the manual, you’ll learn more about the concepts and vocabulary that you need to understand how to use Mapbox Studio as a suite of tools. Start with the Introduction for an overview of how Mapbox works and how styles, tilesets, and datasets relate to each other. Dig into documentation John Snow’s famous cholera analysis data in modern GIS formats « Robin's Blog In 1854 there was a massive cholera outbreak in Soho, London – in three days over 120 people died from the disease. Famously, John Snow plotted the locations of the deaths on a map and found they clustered around a pump in Broad Street – he suggested that the pump be taken out of service – thus helping to end the epidemic. This then helped him formulate his theory of the spread of cholera by dirty water. This analysis is famous as it is often considered to be: The first epidemiological analysis of disease – trying to understand the spread of cases by factors in the environmentThe first geographical analysis of disease data – plotting points on a map and looking for relationships

Mapping 5,000 Years of City Growth I recently stumbled upon a great dataset. It’s the first to provide comprehensive data for world city sizes as far back as 3700BC. The authors (Meredith Reba, Femke Reitsma & Karen Seto) write: How were cities distributed globally in the past? How many people lived in these cities? Library of Congress Map Complete map of the march of the 1st Brigade, 1st Cavalry Divn., Dept. of Cumberland on the Stoneman expedition through Tenn., Va., N.C., S.C., Geo., & Ala., March to June 1865 Ms. (pencil drawings). Title from front end paper. Includes select landowners. Drawing a map of distributed data systems Designing Data-Intensive Applications, the book I’ve been working on for four years, is finally finished, and should be available in your favorite bookstore in the next week or two. An incomplete beta (Early Release) edition has been available for the last 2 1/2 years as I continued working on the final chapters. Throughout that process, we have been quietly working on a surprise. Something that has not been part of any of the Early Releases of the book.

Geospatial Data and Analysis [Book] Geospatial data, or data with location information, is generated in huge volumes every day by billions of mobile phones, IoT sensors, drones, nanosatellites, and many other sources in an unending stream. This practical ebook introduces you to the landscape of tools and methods for making sense of all that data, and shows you how to apply geospatial analytics to a variety of issues, large and small. Authors Aurelia Moser, Jon Bruner, and Bill Day provide a complete picture of the geospatial analysis options available, including low-scale commercial desktop GIS tools, medium-scale options such as PostGIS and Lucene-based searching, and true big data solutions built on technologies such as Hadoop. You’ll learn when it makes sense to move from one type of solution to the next, taking increased costs and complexity into account.