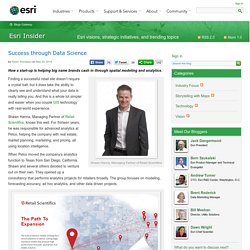 Shawn Hanna, Managing Partner of Retail Scientifics Finding a successful retail site doesn’t require a crystal ball, but it does take the ability to clearly see and understand what your data is really telling you. And this is a whole lot simpler and easier when you couple GIS technology with real-world experience. Shawn Hanna, Managing Partner of Retail Scientifics, knows this well. For thirteen years, he was responsible for advanced analytics at Petco, helping the company with real estate, market planning, marketing, and pricing, all using location intelligence. Mapbox, OpenStreetMap, and the Future of the Global Digital Mapping Industry. As OpenStreetMap grows, companies like Mapbox are a threat to the long reign of Google Maps. 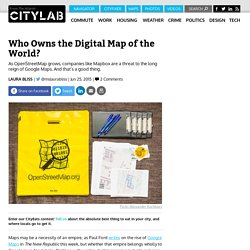 And that’s a good thing. Maps may be a necessity of an empire, as Paul Ford writes on the rise of Google Maps in The New Republic this week, but whether that empire belongs wholly to Google is up for debate. Right now, the entire digital mapping industry is being re-mapped. Last week, Mapbox, a map development company based in Washington, D.C., announced that it has raised some $52.55 million in Series B funding, a sum CEO Eric Gunderson called the biggest ever for a mapping company. Mapbox doesn’t exactly make maps, though. Will your company fail without GIS? Large corporations have been using GIS software analysis for years now, and the impact is clear: the information they gain is helping save time, money and resources. 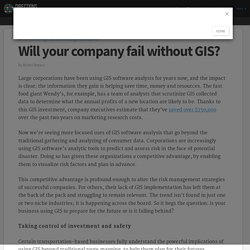 The fast food giant Wendy’s, for example, has a team of analysts that scrutinize GIS collected data to determine what the annual profits of a new location are likely to be. Thanks to this GIS investment, company executives estimate that they’ve saved over $750,000 over the past two years on marketing research costs. Now we’re seeing more focused uses of GIS software analysis that go beyond the traditional gathering and analyzing of consumer data. Google Maps APIs with Google Cloud Platform. Why location intelligence is a ‘game changer’ for the property industry. Image credit: ymgerman / Shutterstock.com Maximizing productivity and profitability in business boils down to three things: location, location, location, and companies now have better access to deep spatial insights thanks to the Big Data boom. 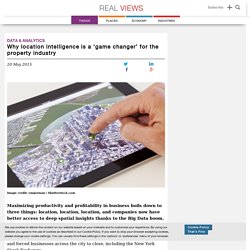 It’s November 2012 in New York and the city is wading through the aftermath of hurricane Sandy, which flooded a large portion of Manhattan and forced businesses across the city to close, including the New York Stock Exchange. The environmental impact was catastrophic but the economic fallout amounted to billions of dollars for businesses based in the city’s flood-affected buildings. “When the hurricane hit New York, I did a quick analysis of the flood risk for all of our buildings,” says Dr Wayne Gearey, who leads JLL’s global data science operation. Beitz and Daigh Geo sur Twitter : "Just published our new website in time for #RECon15 #ICSC Check it out to learn more about #GIS for #RealEstate. 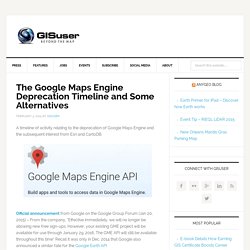 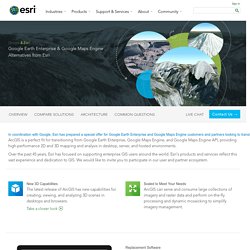 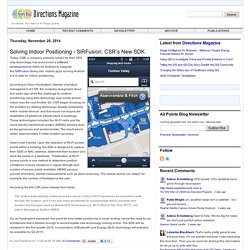 According to Dave Huntingford, director of product management of CSR, the company recognized about four years ago while the challenge for outdoor positioning using their technology was mostly solved, indoor was the next frontier. So, CSR began focusing on the problem by utilizing technology already embedded within mobile devices and that would not require the installation of additional infrastructure to buildings.

Tama Shor, shoppingcenters.com. Awesome Geo Technology - 10 Cool things seen at ESRIUC 2014. Indeed there’s no shortage of cool and amazing technology to touch, see, and hear about at ESRIUC, actually, its almost overwhelming so creating a list of just 10 awesome things I saw is no simple task. 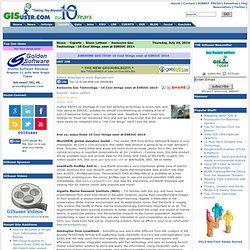 Hopefully I won’t crush any feelings for those not mentioned here and just let it be known that this list could likely easily be rehashed into a “100 Cool things” list if I had the time! And so, enjoy these 10 Cool things seen at ESRIUC 2014: WorldDEM, global elevation model – This Global DEM from Airbus Defense & Space is very impressive. Pitney Bowes becomes a Principal Member of the Open Geospatial Consortium. - The Open Geospatial Consortium (OGC®) is pleased to announce that Pitney Bowes Inc. has raised its membership level from Technical Committee level to Principal level. 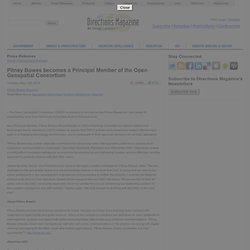 As a Principal Member, Pitney Bowes will participate in OGC's Planning Committee to explore market and technology trends relevant to OGC's mission to assure that OGC's policies and procedures remain effective and agile in a changing technology environment, and to participate in final approval decisions for all OGC standards. "Pitney Bowes has a clear corporate commitment to advancing open, interoperable platforms to address their customers' communications challenges," said Mark Reichardt, President and CEO of the OGC. "Standards enable a multiplatform business intelligence environment for developing and delivering location service offerings, and this approach is perfectly aligned with the OGC vision. 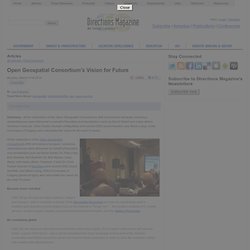 However, it was Dr. Reporting Agencies to Collaborate. Mapping the Future. Did you know that the University of Washington is one of the world’s leaders in interior mapping? I didn’t, until I spoke with Aaron Cheuvront at the Capital Projects Office. He has been working for over a decade to bring University floor plans into the computer age, and he has cutting edge ideas for how Geographic Information Systems (GIS) mapping could make all our work lives easier and safer. From finding an office on another part of campus to helping first responders in the event of an emergency, maps are the key to managing UW and Harborview’s 25 million gross square feet of building space. Aaron’s passion helped me to realize that maps can do more than I ever imagined. The following is based on our conversation. ViziCities released as open-source. Tech Innovator And Master Of Maps Dies At 80. Roger Tomlinson, the man widely regarded as the father of GIS — Geographic Information Systems — has died at age 80.

Tomlinson's 1960s innovation, using computer software to overlay different types of maps on top of one another, revolutionized industry and government. Copyright © 2014 NPR. For personal, noncommercial use only. Esri To Enable Thousands Of Government Agencies To Open GIS Data To The Public. A debate in the technology world that's been simmering for years, about whether mapping vendor Esri will allow public geographic information systems (GIS) to access government customers' data, finally has an answer: The mapping software giant will indeed take an unprecedented step to make the data that thousands of its government customers around the U.S. load unto the ArcGIS platform, which is open to the public, with a click of a mouse.

"Everyone starting to deploy ArcGIS can now deploy an open data site," Andrew Turner, chief technology officer of Esri's Research and Development Center in D.C., said in an interview. "We're in a unique position here. Why journalists should use #GIS #webmaps – views from ... The Best Planning Apps for 2014. Correlate data and search results with Google Correlate. 5 Urban Tech Trends to Watch in 2014. Architecture. Developing a GIS Web Presence: The Audience-Focused Approach. The Top Ten GIS Stories of 2013. Get More Involved with OSM by Joining MapClub. Welcome to Google Docs. Geographic Information Systems in the Cloud. Mapping. Map Makerpedia: A Worldwide Community of Mapping Knowledge.

The collective expertise of the Google Map Maker community has benefitted millions of people who use Google Maps. Users have helped put cities, road networks, and universities on the map for the first time in over 187 countries and regions. C3 Technologies: Photorealistic 3D map of New York City. Esri Solutions For Deploying Mobile GIS. Esri offers users a host of solutions, designed to be used from PC, web and mobile clients, however, lately there’s definitely huge interest in the mobile ecosystem. The company actually offers 5 solutions they bill as “mobile” offerings. These include ArcGIS for Win Mobile, ArcPad, ArcGIS for Windows Phone and ArcGIS Desktop – each has it’s benefits, price point, and target audience/user.

From Esri… Each of these technologies provides a specific set of capabilities that meets the needs of different end-user application requirements. Take Me Out To the Ballgame - Hitting a “Home Run” on Store Site Selection. Geo APIs Summer Learning Series: GIS with Google Earth and Google Maps. InformationWeekGoogle Deal Lets SAP Customers Map Data - software Blog. API Directory - ProgrammableWeb. Geo APIs Summer Learning Series: High Performance KML for Maps and Earth. The Keyhole Markup Language (KML) is an open standard for geographic data presentation. There are over one billion KML files on the web, and yet the vast majority of these files are points on a map. Infographic Of The Day: Using Twitter And Flickr Geotags To Map The World. Maps. GeoVue location technology - we know where you need to be. GIS. Esri - The GIS Software Leader.