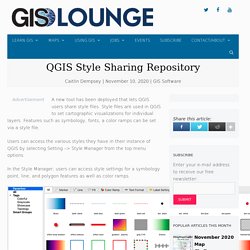 Style files are used in QGIS to set cartographic visualizations for individual layers. Features such as symbology, fonts, a color ramps can be set via a style file. Users can access the various styles they have in their instance of QGIS by selecting Setting –> Style Manager from the top menu options. In the Style Manager, users can access style settings for a symbology point, line, and polygon features as well as color ramps. 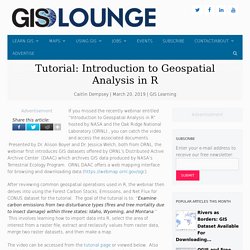 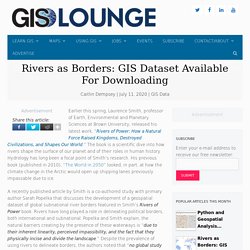 The book is a scientific dive into how rivers shape the surface of our planet and of their roles in human history. Hydrology has long been a focal point of Smith’s research. His previous book (published in 2010), “The World in 2050” looked, in part, at how the climate change in the Arctic would open up shipping lanes previously impassable due to ice. Los logros e hitos más notables del sector geoespacial en los últimos 20 años. 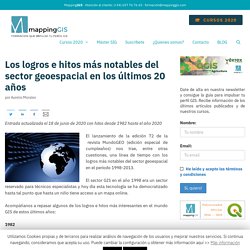 Breaking Down Geocoding in R: A Complete Guide. 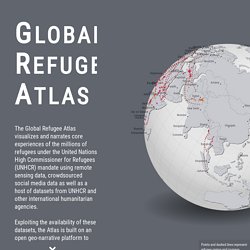 Exploiting the availability of these datasets, the Atlas is built on an open geo-narrative platform to illuminate the contexts and conditions underlying refugee journeys and camps. About The Atlas is divided in five chapters that explore different aspects of the refugee experience, from the causes that generate international crises to the perception of social media users throghout the world.

Refugee experiences are highlighted through the use of geo-narratives using as case studies two stories: refugees escaping the brutality of the Burundian civil war and Somali refugees trying to reach the Mediterranean shores (Journeys section). EpiRisk. Loading... 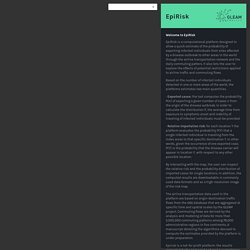 Welcome to EpiRisk EpiRisk is a computational platform designed to allow a quick estimate of the probability of exporting infected individuals from sites affected by a disease outbreak to other areas in the world through the airline transportation network and the daily commuting patters. It also lets the user to explore the effects of potential restrictions applied to airline traffic and commuting flows. International-Domestic spreading of 2019-nCoV-V4. Novel Coronavirus Infection Map. This online interactive map enables users to track both the global and local trends of Novel Coronavirus infection since Jan 21st, 2020. 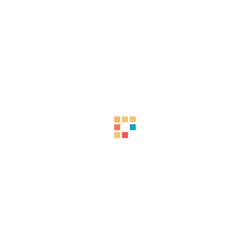 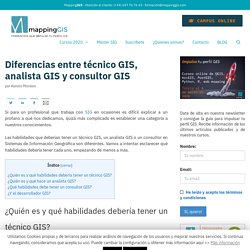 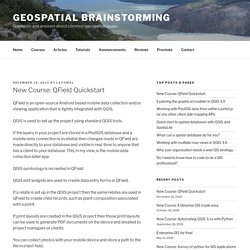 EarthPy: Python Package for Plotting and Working with Spatial Data. A Python language spatial package, called EarthPy, has been released for free download for spatial analysts and scientists interested in conducting various forms of analyses without necessarily having a lot of background knowledge on Python or spatial analysis. 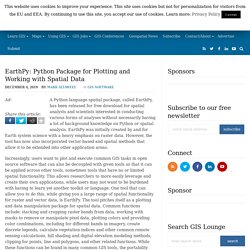 EarthPy was initially created by and for Earth system science with a heavy emphasis on raster data. However, the tool has now also incorporated vector-based and spatial methods that allow it to be extended into other application areas. Increasingly, users want to plot and execute common GIS tasks in open source software that can also be decoupled with given tools so that it can be applied across other tools, sometimes tools that have no or limited spatial functionality. This allows researchers to more easily leverage and create their own applications, while users may not want to be burdened with having to learn yet another toolkit or language. Free Online Geocoder. Developed by LocalFocus, this online geocoder will generate lat/long coordinates for a list of addresses for free. Listed as a “Batch geocoder for journalists” this online geocoder can be used by anyone needing to convert a list of locations to latitude and longitude coordinates.

The online geocoder is built using open GIS data from OpenStreetMap, OpenAdressess, and Who’s on first. Pelias, an open-source geocoder, is used to generate the lat/long coordinates from addresses. To use the geocoder, simply copy and paste a list of locations in the designated box. If the locations for a specific country, select it from the list, otherwise leave it at the “worldwide” default. A running status will show how many of the results have been geocoded, and a color-coded status will indicate the confidence for each geocoded location.

GISCI > Home. GIS&T Body of Knowledge.  Food and Agriculture Organization of the United Nations. Agriculture, globally provides direct livelihoods for 2.5 billion people and feeds the entire planet. It must, by 2050, produce 49 percent more food than in 2012 as populations grow and diets change. Yet climate change, biodiversity loss, land degradation, water scarcity, pollution and many other challenges are hampering these efforts to feed the planet. The undertaking under the 2030 Sustainable Development Agenda is for everyone to address these issues; it is clear however that no meaningful and effective action can be taken without sound and timely data to inform and guide decision makers. Tutorial Quantum GIS. World Bank and Geospatial Data. Economies increasingly depend on geospatial data to power knowledge on everything from behavior of consumers to monitoring agriculture and anticipating potential environmental threats. While this is the case for developed countries, in the developing world many countries need assistance to help energize economic growth using geospatial data.

Since 2010, the World Bank has increasingly focused on providing open data, including open geospatial data; however, only recently have they focused on a more robust and developed framework in which countries could more directly benefit.[1] The World Bank in August 2018 launched the Integrated Geospatial Information Framework, which is seen as a way for GIS data to be provided for governments, NGOs, and companies to make more informed decisions that not only benefit their economies but also enable sustainable development.

UNSD — UN-GGIM. John Snow's data journalism: the cholera map that changed the world. How often does a map change the world? In 1854, one produced by Doctor John Snow, altered it forever. In the world of the 1850s, cholera was believed to be spread by miasma in the air, germs were not yet understood and the sudden and serious outbreak of cholera in London's Soho was a mystery. So Snow did something data journalists often do now: he mapped the cases. Updated Snow GIS data « Robin's Blog. September 25, 2012 A while back I released a GIS dataset containing Snow’s Cholera analysis data in modern GIS formats, and georeferenced to the British National Grid (see my previous post).

Unfortunately, there was an error in some of the attributes of the Cholera Deaths shapefile which caused issues when using the data. This error has now been fixed, and the updated data are available to download here: SnowGIS_v2.zip. The link on the previous post has also been updated. Please accept my apologies for this error. Free GIS Datasets - Categorised List. PredictionX: John Snow and the Cholera Epidemic of 1854. In 1854, a cholera epidemic swept through the London neighborhood of Soho. In the course of about three weeks, over 600 people died.

This incident was, tragically, not unusual in London or the rest of the 19th century world as a whole. The scourge of cholera seemed unstoppable and, even worse, unpredictable. But one doctor -- ignored by the scientific community at large -- set out to prove that he knew how cholera was spread. Join us for this one-week, immersive learning experience. How to Change the Projection of a Shapefile Using QGIS. All geographic data is tied to some projection or coordinate system. If you know the starting coordinate system or projection of your shapefile, you can quickly export the data into another coordinate or projections system using QGIS. Geospatial Revolution Project Explored. FOSS4G Academy Curriculum. Learn GIS for Free. How Redlining Communities Affects Health - GeoLounge: All Things Geography.

Case Study: How Brindisi, Italy is Using GIS to Help Preserve its Ancient Architecture. R Packages for Spatial Analysis. A Case Study on Converting a Geodatabase From ArcGIS for Use in QGIS. In a world of ever increasing cyber threats and complications, on occasion, the need arises to take digital mapping away from a cloud environment. The cloud environment is a great solution for solving large digital mapping problems. Mapping Migration Based on Search Data. Immigration to countries, including legal and illegal migrants, are generally not easy to predicted. In fact, standard models have been criticized as being too general or not useful. There are alternative approaches, however, which include using online searches that can be georeferenced. The presumption is that migrants may conduct online searches as they prepare to leave their country of origin.