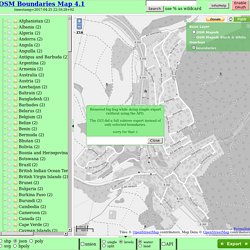 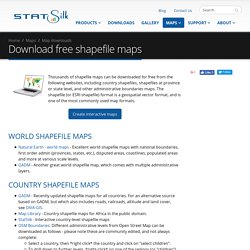 Mapping Environments. It seems inevitable after every major conference that discussion quickly turns from the relative merits of the previous days’ panels, papers, and presentations to the event as a whole. 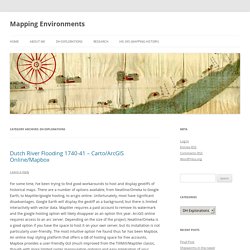 Was the conference a success? What were the major trends during the conference? Which schools were most heavily represented? Which subjects received the most attention and which seemed strangely absent? Oftentimes, these discussions consist of vignettes and impressions and generally self select for the topics and time periods most regularly attended by discussants. Environmental historians have also experimented with podcasts as a way to expand beyond the limitations of self-selecting departmental or informal exchanges. Depth is the strength of both informal and composed conference debriefings, but especially for those of us without decades of repeated attendance at these conferences, breadth is often wanting and the “trends” frequently discussed during these debriefings seem to exist outside of time.

Mapping and GIS for Historians. Tutorial 4 Whilst historians and geographers belong to two different domains, it is safe to say that most historians love maps: archives are full of them, and old maps often help us in highlighting a particular point or theory. 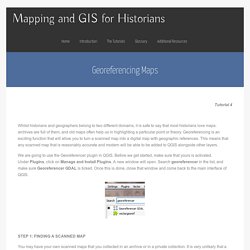 Georeferencing is an exciting function that will allow you to turn a scanned map into a digital map with geographic references. This means that any scanned map that is reasonably accurate and modern will be able to be added to QGIS alongside other layers. We are going to use the Georeferencer plugin in QGIS. Before we get started, make sure that yours is activated. Maptimelex/mapwarper: Little thing on georeferencing and using historic maps/aerial imagery! Discussion on MapHist: Georeferencing of Historical maps in GIS. Using Historic Maps with QGIS. Georeferencing - making historic maps spatial · Spatial Humanities. Sure, we all love the look of cool historic maps. 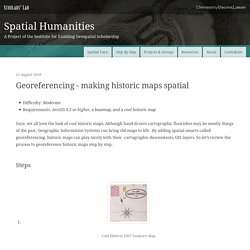 Although hand drawn cartographic flourishes may be mostly things of the past, Geographic Information Systems can bring old maps to life. By adding spatial smarts called georeferencing, historic maps can play nicely with their cartographic descendants, GIS layers. So let’s review the process to georeference historic maps step by step. Steps Cool historic map, meet Mr. Learn more The hardest part Íof becoming a georeferencing guru can be all the zooming, panning, and turning on and off layers to find those common points between the two maps.

NHGIS. Historical GIS. Map Search. GeoRepository 8.9.0.0 You are currently not logged in Log in Search Database By Location Latitude Longitude Include World Areas Include Deprecated Items. 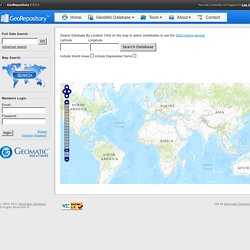 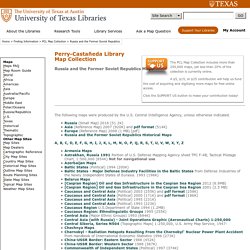 A $5, $15, or $25 contribution will help us fund the cost of acquiring and digitizing more maps for free online access. Click the SUPPORT US button to make your contribution today! Snazzy Maps - Free Styles for Google Maps. Welcome! - WorldMap. 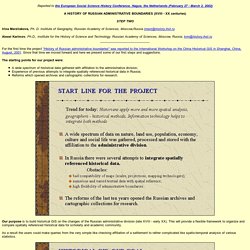 D. Institute of Geography, Russian Academy of Sciences, Moscow,Russia imerz@history.ihst.ru Alexei Karimov, Ph.D., Institute for the History of Science and Technology, Russian Academy of Sciences, Moscow, Russia, krm@history.ihst.ru For the first time the project "History of Russian administrative boundaries" was reported to the International Workshop on the China Historical GIS in Shanghai, China, August, 2001. The starting points for our project were: Untitled Document. It is still a problem to make the Russian historical maps and geographical data available worldwide. 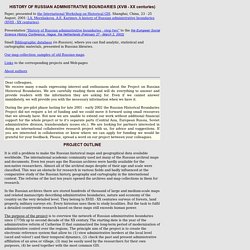 The international academic community used not many of the Russian archival maps and documents. Parish Descriptions of 1758. Historical GIS Research Network. This list is not exhaustive but we aim to include all of the major historical GIS websites plus additional relevant websites. 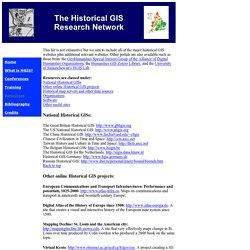 Other portals are also available such as those from: the GeoHumanities Special Interest Group of the Alliance of Digital Humanities Organizations, the Humanities GIS Zotero Library, and the University of Saskatchewan's HGIS Lab. Resources are classed under: National Historical GISs Other online Historical GIS projects Historical map servers and other data sources Organisations Software Other useful sites. HistoricalGIS.org - Home. Mapbox.