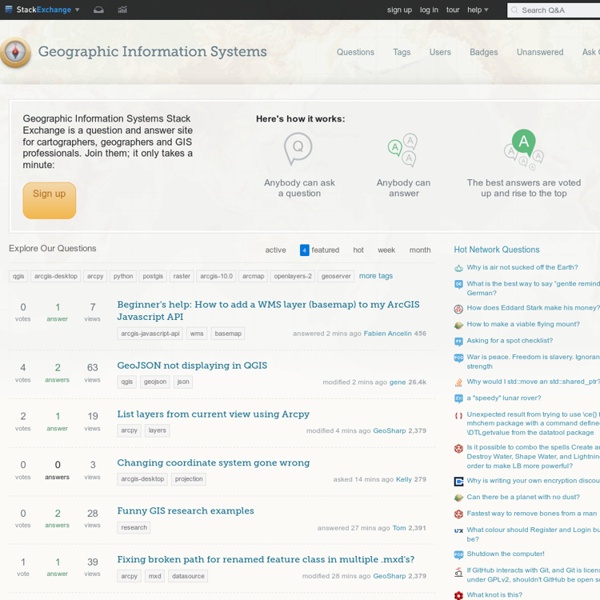 Map projection More generally, the surfaces of planetary bodies can be mapped even if they are too irregular to be modeled well with a sphere or ellipsoid; see below. Even more generally, projections are the subject of several pure mathematical fields, including differential geometry and projective geometry. However "map projection" refers specifically to a cartographic projection. Background[edit] Maps can be more useful than globes in many situations: they are more compact and easier to store; they readily accommodate an enormous range of scales; they are viewed easily on computer displays; they can facilitate measuring properties of the terrain being mapped; they can show larger portions of the Earth's surface at once; and they are cheaper to produce and transport. However, Carl Friedrich Gauss's Theorema Egregium proved that a sphere's surface cannot be represented on a plane without distortion. For simplicity most of this article assumes that the surface to be mapped is that of a sphere.

Free and Open Source GIS Ramblings | written by Anita Graser aka Underdark Fundamentals of Mapping Purpose of this site ICSM has designed this site to provide a comprehensive general overview of maps, mapping, cartography and map production. It is not intended to be a definitive reference, but rather to supply a consolidated summary of mapping concepts, principles and practice. Hyperlinks are provided to other sites which offer more detailed information. Contents Overview to the Fundamentals of Mapping This is a brief outline of the core components to mapping the Earth. History of Mapping This is a brief outline of the sequence of the development of the science of map making. Types of Maps There are many different types of maps, which are generally classified according to what they are attempting to show. Earth's Coordinate System The first step in converting the information contained in the real-world onto a ‘piece of paper’ was to devise a system where everything could be uniquely located in that world. Datums 1 – the Basics Datums 2 – Datums Explained in more Detail Surveying for Mapping

GPS eXchange Format GPX, or GPS eXchange Format is an XML schema designed as a common GPS data format for software applications. It can be used to describe waypoints, tracks, and routes. The format is open and can be used without the need to pay license fees. Data types[edit] This is the essential data contained in GPX files. wpType: lat="DD.thm..." lon="DDD.thm..." plus other data: is the WGS 84 (GPS) coordinates of a point and other description. <wpt> wptType </wpt> is an individual waypoint among a collection of points with no sequential relationship, despite the name (the county towns of England, say, or all Skyscrapers in New York). <trk><trkseg><trkpt wpType />... <rte><rtept>wpType</rtept> ... Conceptually, tracks are a record of where a person has been, routes are suggestions about where they might go in the future. Technically, a track is made of a sufficient number of waypoints to precisely draw every bend of a path on a bitmap. Units[edit] Sample GPX document[edit] See also[edit] External links[edit]

Free Geography Tools Raster data file format lists in GIS - GIS MAP INFO This post will describe you about the Raster data file format lists in GIS. In Geographical information system there are only two methods which are used to store data for both kinds of mapping references i.e Raster and Vector Data GIS files. And in this post we are going to talk about the various Raster data file formats in GIS. Raster data models are useful for storing data that varies continuously, as in an aerial photograph, a satellite image or an elevation surface. Raster data provides a matrix of cells with values representing a coordinate and sometimes linked to an attribute table and it is much simpler for many layers combinations. Now coming to the main question how many file formats does Raster data have? Portable Network Graphics (PNG)Provides a well-compressed, lossless compression for raster files.

Diving Into GIS: A Starter Guide The premise of a GIS is this: You take a basemap with features to help you visualize the geographic location, then add data layers, called "Feature Layers," that are delivered from a database. The records in the database include values and labels, as well as fields with X and Y values to geospatially tie the data into the map. More elaborate geospatial tie-ins are created with "Shapefiles." If you were looking at television weather maps during last week's U.S. tornado activity, you were looking at a GIS, or Geographic Information System. GIS is a system for capturing, storing, manipulating, analyzing, organizing, and displaying data as it pertains to a geographic area. Feature Layers A GIS like the one shown on TV can be developed with any number of Feature Layers driven by a database. GIS doesn't have to be that fast moving or elaborate, though. Create a Simple Esri arcGIS Then click on the "My Content" tab and click on "Create Map." Choose a Basemap I chose Bing Maps' Hybrid.

Basic Uses of GIS Guest GIS Contributor Justine Nofal writes about some of the basic types of spatial analysis using GIS. A GIS (geographic or geospatial information system) allows you to record a base map with a geospatial referencing system such as longitude or latitude and then to add additional layers of other information. Importantly that information is identified using the same geospatial referencing. The GIS then allows the individual layers, or themes as they are called to be linked. Visual representations of this type can also be extended further so that more considered and objective means of measurement are applied. The Uses of GIS Summarized below are some of the more common and basic uses of GIS. Mapping Data The central function of a geographic information system is to provide a visual representation of data. In the example below, simply mapping out the geographic features helps the viewer to understand where the wells are around a lake. Simple Map. Proximity Analysis Buffering Find Clusters