Ward Atlas (2014) Find the right OS data product for your business need. CDRC Maps. UK government database of all 1,841,177 post codes together with precise geographic coordinates and other information, 8 Jul 2009. From WikiLeaks Unless otherwise specified, the document described here: Was first publicly revealed by WikiLeaks working with our source.Was classified, confidential, censored or otherwise withheld from the public before release.Is of political, diplomatic, ethical or historical significance. 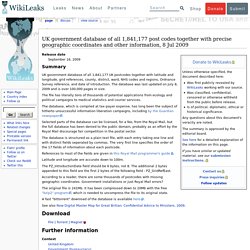 Any questions about this document's veracity are noted. The summary is approved by the editorial board. See here for a detailed explanation of the information on this page. If you have similar or updated material, see our submission instructions. Release date. Grid Reference Finder. Official Site - the UK's number one best-selling news and current affairs magazine, edited by Ian Hislop. Selling England (and Wales) by the pound IN September 2015 Private Eye created an easily searchable online map (see below) of properties in England and Wales owned by offshore companies. 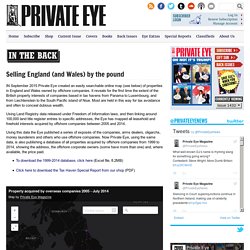 It reveals for the first time the extent of the British property interests of companies based in tax havens from Panama to Luxembourg, and from Liechtenstein to the South Pacific island of Niue. England’s missing acres – Who owns england? Download INSPIRE Index Polygons. Tekja - Big Bang Data. Interactive real-time data visualisation exhibited as part of Big Bang Data at Somerset House "With 'London Data Streams', Tekja achieves the impressive feat of immersing viewers in data in the real world. 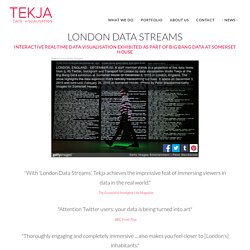 " - The Economist Intelligent Life Magazine "Attention Twitter users: your data is being turned into art" - BBC Front Row "Thoroughly engaging and completely immersive ... also makes you feel closer to [London's] inhabitants. " - Cajsa Carlson, Coolhunting.com. Migration in and out of London. Key points More people move from London to other parts of the UK than the other way round, and more people move to London from abroad than the other way round.Since 2007, there have been more people coming to London from other parts of the UK than from the rest of the world.The number of people coming to London from abroad has fallen since 2000 from its peak at above 200,000 to 140,000 in 2013. 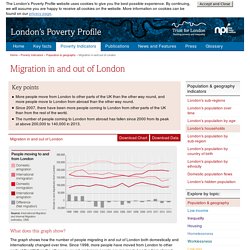 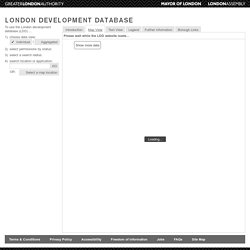 The data is provided by the London boroughs, who are responsible for providing details of the permissions in their area. Only permissions meeting specific criteria are stored. This site allows you to view these permissions spatially, providing a picture of development sites in London that is not restricted by borough boundaries. N6 postcodes, Camden. This is a list of postcodes in the N6 area covering the areas of Highgate, Hampstead Heath, Camden.The area contains approximately 8,942 households with a population of about 19,548 (2011 census) View by postcode area AllABALBBABBBDBHBLBNBRBSBTCACBCFCHCMCOCRCTCVCWDADDDEDGDHDLDNDTDYEECEHENEXFKFYGGLGUHAHDHGHPHRHSHUHXIGIPIVKAKTKWKYLLALDLELLLNLSLUMMEMKMLNNENGNNNPNRNWOLOXPAPEPHPLPOPRRGRHRMSSASESGSKSLSMSNSOSPSRSSSTSWSYTATDTFTNTQTRTSTWUBWWAWCWDWFWNWRWSWVYOZE Filter by district Filter by sector Nearby districts Key Active postcode Postcode no longer in use Map Data Map data ©2016 GeoBasis-DE/BKG (©2009), Google, Inst. 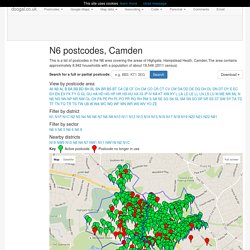 Map DataMap data ©2016 GeoBasis-DE/BKG (©2009), Google, Inst. Map Satellite. MapLondon2050. DataShine: Census. LuminoCity3D - Urban Density and Dynamics Map Explorer for Great Britain. Zero Car Households, %- The map shows the percentage of households that do not own a car, according to place of residence. 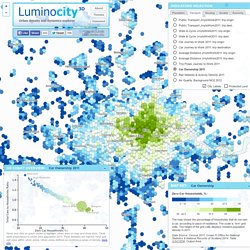 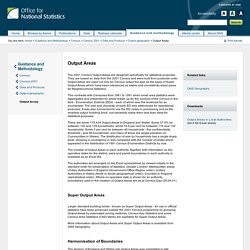 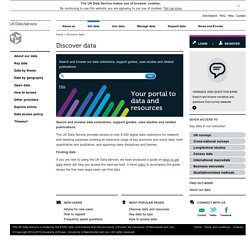 Search and browse data collections, support guides, case studies and related publications. The UK Data Service provides access to over 6,000 digital data collections for research and teaching purposes covering an extensive range of key economic and social data, both quantitative and qualitative, and spanning many disciplines and themes. Greater London Authority. The National Grid FAQs. The National Grid provides a unique reference system, which can be applied to all Ordnance Survey maps of Great Britain, at all scales. 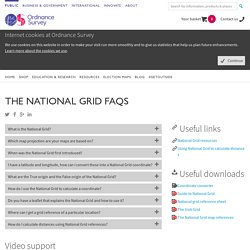 Great Britain is covered by 100 kilometre grid squares, each grid square is identified by two letters. On Ordnance Survey maps these squares are further divided into smaller squares by grid lines representing 10 kilometre spacing, each numbered from 0 to 9 from the south-west corner, in an easterly (left to right) and northerly (upwards) direction, as shown on our Guide to the National Grid. Office for National Statistics. A Beginner's Guide to UK Geography. This guide is a simple tour of the UK territorial units used in National Statistics work. You can use the guide to get basic facts on each type of area as well as more specialist information on topics such as boundary change. Many pages provide access to area names and codes listings, and there is also a separate maps menu. Whether you want to know the difference between a ward and a parish, how many Westminster constituencies there are in the UK, or simply the name of the longest river in Wales, 'A Beginner's Guide to UK Geography' is your ideal reference source.