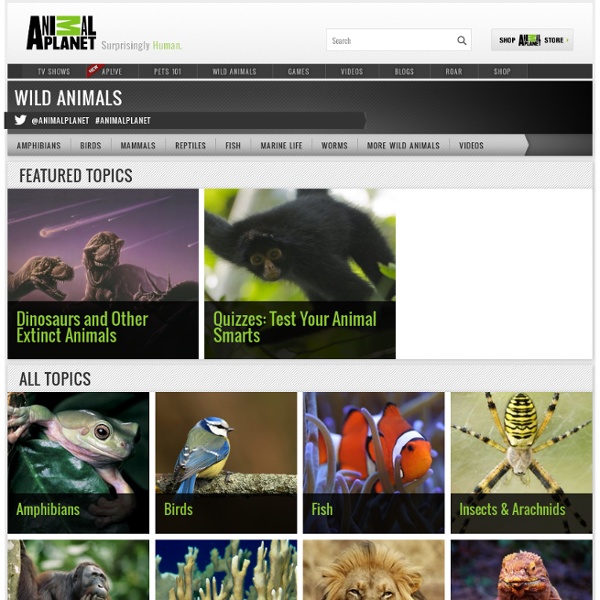 NetVet Veterinary Resources / Electronic Zoo Animal Species Text and Non-Netscape Browsers, [Start Here] Select a Species from the Pick List, the Image Map above, or the Menu below. Return to: The Rate of Extinction: 3 Species per Hour About 6 waves of massive extinction are known in the history of the Earth. The last one wiped out the dinosaur world 65 million years ago and was probably due to a meteorite collision. But the recent one has no natural causes. It is man made and rampant, eliminating three animal or plant species every hour. Scientists and environmentalists issued reports about threats to creatures and plants including right whales, Iberian lynxes, wild potatoes and even wild peanuts. Experts gathered on May 22, at the International Day for Biological Diversity, a report on the threatened species from whales and Iberian lynxes to wild potatoes and wild peanuts. The threats to the wildlife diversity vary from habitat loss due to land clearance for farms or cities, poaching, pollution and rising human populations to global warming. determination at all levels - global, national and local," he said. UE's goal is to stop biodiversity loss by 2010, not just to slow down the process.

Scottish Wildcat Amur Leopard The birth of an Amur leopard cub at Germany's Leipzig Zoo is huge news for her species, which is critically endangered. The cub, a female who hasn't yet been named, was born at the zoo in late June. Amur leopards, native to eastern Russia, parts of China and the Korean Peninsula, have been driven nearly to extinction, primarily as a result of habitat loss and fragmentation. In a period of less than 15 years during the 1970s and '80s, about 80% of its Russian habitat was lost. Today, it's estimated that fewer than 40 Amur leopards remain in the wild in Russia, and an even smaller number are thought to remain in China. See more photos of the Leipzig Zoo's cub after the jump. RELATED CUTE CUBS: Your morning adorable: Clouded leopard cubs make their debut at Paris zoo Your morning adorable: Lion cubs get a checkup at Israeli zoo -- Lindsay Barnett First, second and fourth photos: Sebastian Willnow / Associated Press Third photo: Hendrik Schmidt / European Pressphoto Agency

Top 10 Most Endangered Animals in the World We all heard it: we need to save our Mother Earth. But despite this loud cry made by environmentalists and large animal rights organizations, there are still animals that are in danger of becoming extinct — forever. The general apathy of people is contributing to this fast disappearing of animals while greed is driving people to destroy the natural habitats of these animals. Top 10 Most Endangered Animals It is undeniable that it is hard to make a list of endangered animals because of the number of animal species that are currently facing extinction. Mako shark is killed primarily because of its tender meat and fin.