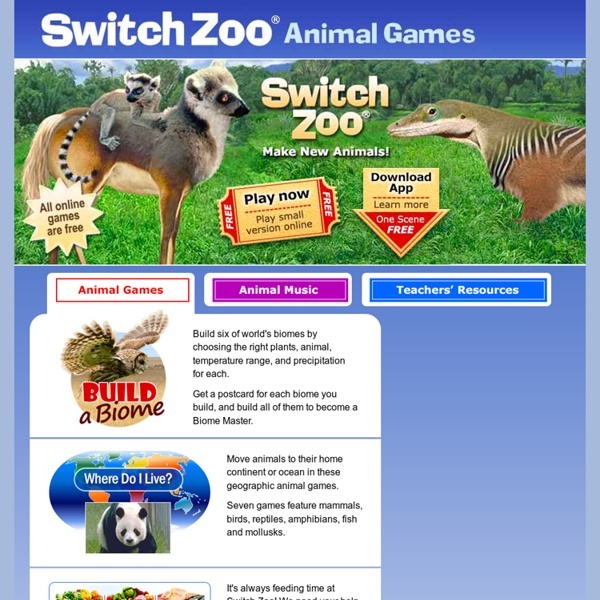 Deep Sea Explorers Stumble Upon A Creature They Can Hardly Believe Is Real While there’s no shortage of weird and wacky ideas in science fiction about what creatures from other planets might look like, few are quite as remarkable as those that can actually be found right here on Earth. Recently, a team from the Nautilus Live expedition piloting a remotely operated vehicle (ROV) happened upon one of the most fascinating-looking lifeforms in the world -- this rare, purple siphonophore roving through the ocean’s depths. Even the experienced deep sea explorers, well-acquainted with the marine animals, had a hard time accepting that what they were seeing was really real. “Wow. Okay, that’s awesome,” says one ROV operator. “I can’t believe that’s a living thing.”

Teach Children ESL - Games Title: Pond Jump! - Board Game Description: FULL GAME SET!!! Includes cards, markers, etc. Hop, hop, hop across the pond! Wolves Introduced To Park To Revitalize Ecosystem George Monbiot calls it one of "the most exciting scientific findings in the past half century." That's a lofty statement, but one that he's willing to back up. The scientific finding that Monbiot is referring to is a 'trophic cascade,' in which the reintroduction (or removal) of the top predator of an ecosystem drastically changes said ecosystem in numerous ways. In 1995, wolves were reintroduced into Yellowstone National Park after having been absent for several decades. As a result, an incredible change was now underway. With wolves back on the scene, the deer population reduced.

ESL Games Welcome to EnglishClub ESL Games, where you can have fun and improve your English at the same time. Vocabulary Games Matching games, jumbled sentence games, jumbled word games, Hangman games and more to test your knowledge of words. Grammar Games Collection of beautiful strange creatures part II The White Dragon King Crown Beta is one of the coolest looking fish ever This is the chrysalis (or cocoon) of the Metallic Mechanitis butterfly from Costa Rica The Male Moustache Fighting of the Emei Moustache Toad Sleeping red-eyed tree frog (Agalychnis callidryas)

Magic Tree House #16 Hour of the Olympics Magic Tree House #16 Hour of the Olympics By Mary Pope Osborne Jack and Annie get to travel to Greece at the time of the ancient Olympics. They recover a lost poem written by a young woman, meet Plato the philosopher and get to go to the Olympics. Classroom in the parks Classroom in the parks. Educational discovery walks through a range of reserves and habitats - curriculum linked. Students will learn about: the role of a park rangernative forestsplant and animal pestswetland and estuary habitats and our cultural heritage.