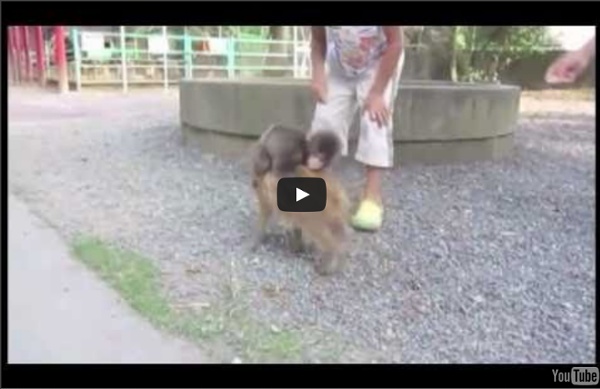 Honduran White Bats Are Fluffy Marshmallow Critters image credit: kevinschafer.com image credit: centralamericagrapevine.com image credit: heylittlebat.blogspot.com image credit: whatinyourworld.blogspot.com image credit: blogs.yahoo.co.jp Meme Of The Week 5-6 This week we’re focusing on Jesus Is A Jerk. It’s a variation of the old LOL Jesus. The Setup: Larry Van Pelt felt the spirit of the lord speak to him, and it inspired him to make pencil illustrations that portray everyday people in everyday events with Jesus with them, guiding them. Veganism is Bullshit (PIC) Dan Says: November 24th, 2010 at 12:43 am You idiot. Vegans intentionally avoid products made from animals and substitute special vegan versions of everything made from some plant product or synthetic. They are completely aware that most products come from animals and *that’s what they’re always protesting against.

The Empire Strikes Back: Lost Scene #1 I don't know who wrote this. It came in a forwarded e-mail. I made some improvements in grammar and punctuation. A furious lightsaber duel is underway. DARTH VADER is backing LUKE SKYWALKER towards the end of the gantry. List of unusual deaths This is a list of unusual deaths. This list includes unique or extremely rare circumstances of death recorded throughout history, noted as being unusual by multiple sources. Some of the deaths are mythological or are considered to be unsubstantiated by contemporary researchers. Oxford Dictionaries defines the word "unusual" as "not habitually or commonly occurring or done" and "remarkable or interesting because different from or better than others."[1]

Water is dangerous This was found on the newsgroup: rec.humor.funny A student at Eagle Rock Junior High won first prize at the Greater Idaho Falls Science Fair, April 26. He was attempting to show how conditioned we have become to alarmists practicing junk science and spreading fear of everything in our environment. Kids See Things Differently Than Adults Added on Mar 31, 2011 / Category : Misc / 25 Comments If you are a parent, you have most likely smiled more than once while thinking about how your child views the world. I think it's safe to say that kids look at things a lot differently than us grown-ups. Jeff Wysaski knows all about how kids view things differently than adults.

Todd Lamb Notes From Chris Gallery Welcome to the “ Notes From Chris” gallery. These are notes that I post around New York City from a mysterious man named Chris. Chris wants to do tedious things with people. He also has lots of problems. “ Notes From Chris” is a project started by Todd Lamb in 2008. 25 Fascinating Facts Part 2 in Random by daven — May 27, 2011 at 10:22 am | 0 comments Other Stuff You Might Also Like» What Is Globalization? Finally, a definition of globalization that one can understand and to which we now can relate: Question: What is the truest definition of Globalization? Answer: Tragically, Princess Diana’s death.