Owl & Kitty: Best friends furrrrr life! #AllTheFeelings. FUM AND GEBRA, 2012, THE RETURN. ANDREAS HELGSTRAND - WEG2006 Freestyle Final. Swimming with stingrays. This giraffe who isn’t ready to adventure on her own just yet. The latest #EarthCapture challenge: South Africa. It's #FanPhotoTuesday on our FB page. Come check out #polarbear pics & your own. The white #polarbear has black skin. Why? (Photo @UAlberta)

Otter Pups. True Love. This Man Stayed In Fukushima To Feed The Animals Everyone Else Left Behind. The decontamination of the area is still a struggle for the Japanese authorities, and only time will heal things here after the disaster. 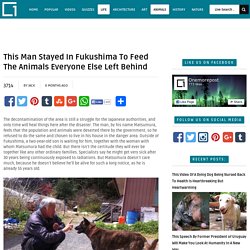 The man, by his name Matsumura, feels that the population and animals were deserted there by the government, so he refused to do the same and chosen to live in his house in the danger area. Outside of Fukushima, a two-year-old son is waiting for him, together with the woman with whom Matsumura had the child. But there isn’t the certitude they will ever be together like any other ordinary families. Specialists say he might get very sick after 30 years being continuously exposed to radiations. But Matsumura doesn’t care much, because he doesn’t believe he’ll be alive for such a long notice, as he is already 55 years old. What's going on over there? The best kitten eyes I've ever seen.

The face of a true King. 8 ton Orca jumps nearly 20 ft out of the water. Photo by Christopher Swann. Let me cry for a second. Stunning black & white picture of Elephants crossing the African savannah! Humpback whales now feeding live on the #OrcaCam. Lion cub and the supermoon eclipse. Register for SMS alerts and never miss an #orcacam sighting. ThatsEarth: A very sweet sleeping Koala ... Whales are feeding on the #OrcaCam. Artist and audience.. little boy playing the flute, with an attentive cat. Bao Bao the Panda just hangin' - Yin Bogu. Live right now! Ranger Mike is giving a new #BearCam play by play. How are @KatmaiNPS bears identified? Find out from the Rangers tomorrow at 11:30am. #ScienceSunday: Ursus maritimus is classified as a marine mammal by most range countries.

Rangers Roy and Mike celebrate 97 years of @KatmaiNPS. When bae says I'm cute when I'm mad. Waiting for mom to bring back some lunch. How to win my heart. Playing by myself. Texas. ThatsEarth: Ant pushing a water droplet. ... Timber Wolf by Henrik Nilsson. Cute Lion Cub hear me ROAR & Chatter. Baby Lion King Roar. Hunting. Vegetarian orangutan tries a little squirrel. Baby Orangutan! Photo by Sumer Verma. #ElephantAppreciationDay is Sunday, here's a look into the lives of the @PhoenixZoo elephants. The sheep on this isolated Scottish island have a rather unusual diet @BBC_Britain. OMG. Guanacos can thrive at high altitudes of up to 4,000m above sea level #Patagonia. Beautiful!!!! Bornean orangutan seen eating meat for the first time. Sleeping Beauty! At the Lower River in Katmai, Alaska. #bearcam.

Retweet if you agree! @jatmn Took this the other morning out my front window. There's nothing more thrilling than an animal in hot pursuit of its next meal >> Flamingos grouped together in the shape of a flamingo. If you can't enjoy the Parks on National Public Lands Day, here's a glimpse of Katmai Live!

"Red squirrels are here in the UK to stay" #RedSquirrelWeek. Baby Tiger. Leopard spotted on #AfricaCam makes all the other animals scatter @mpalalive. If I was swimming in water this clear I wouldn't look grumpy like these guys! False Killer Whale Smiles for the Camera in Hawaii. A tour company off the coast of Oahu, Hawaii was surprised to be greeted by a pod of rare false killer whales, KHON2 reports. 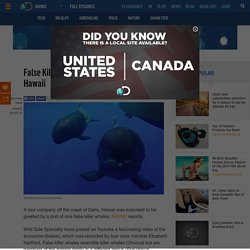 Wild Side Specialty tours posted on Youtube a fascinating video of the encounter (below), which was recorded by tour crew member Elizabeth Hartford. False killer whales resemble killer whales (Orcinus) but are members of the dolphin family in a different genus (Pseudorca). The creatures in this video are from a small, endangered, localized group of false killer whales that live only among the main islands of Hawaii and are genetically distinct from others of their kind.

"Because of their isolation, they have become their own distinct population," Hartford told KHON2. She also told the news outlet that the pair seen in the video are a mother and her calf, and that they were encountered at a depth of about 1,500 feet. For instance, false killer whales, the tour groups says, will rarely attack mammals. via KHON2. This post originally appeared on Discovery News. False Killer Whale Smiles for the Camera in Hawaii. Under my wings. Baby Rhino happiness! For 10,000 years the red squirrel has been a part of the UK’s natural heritage. Greetings from Thailand. Thought lost forever, two rare salamander come out of hiding. Herd of baby tortoises. When u sleep on the couch and someone wakes u up and tells u to get in ur bed. Wolves. I'm a grizzly bear! Cute □ What's better than a beautiful sunset? A beautiful sunset with orcas in view. Seriously, these wild #orca whales are making our day. 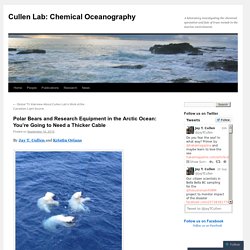 The wild and rugged beauty of #Patagonia. Happy 97th birthday @KatmaiNPS! Join the Rangers to celebrate live at 5pm PT. Starfish in Tahiti. Orcas have been given special protections against Navy sonar testing. Who's a scaredy-cat now. The truth about pigs. Meet the "Bilateral gynandromorphs": Male one side, female on the other. Meet Venus, the Majestic Two-Faced Cat. Is saving the panda worth it? A baby jaguar cuddling with a baby panther. Incredible live footage of whales on the #OrcaCam now.