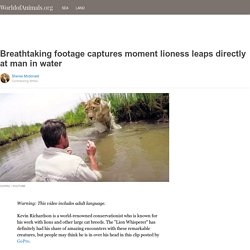 Kevin Richardson is a world-renowned conservationist who is known for his work with lions and other large cat breeds. The "Lion Whisperer" has definitely had his share of amazing encounters with these remarkable creatures, but people may think he is in over his head in this clip posted by GoPro. The video starts with Richardson explaining that even lions in captivity have innate behaviors, such as creating a pride and hunting together. However, when Richardson decides he wants to go for a swim, everybody holds their breath when he calls the lioness in with him. For a split second, the shot is still frame, and it appears that the large cat is going to take him under water, but that's the furthest thing from what actually happened. Richardson expresses his amazement at how much the animal trusted him and how his connection with them is so incredibly strong. 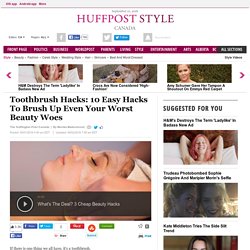 Use conditioner instead. Its hydrating ingredients will ensure a close, smooth shave. If you forget to put on blush in the morning, or need a touch-up mid-day, take GossMakeupArtist's advice and use your lipstick instead. Its creamy formula will blend easily onto your skin, giving you that perfect flush. Every girl knows that glitter polish is the trickiest of all polishes to remove. How to Make Low-Carb, Gluten-Free "Cloud" Bread with Just 4 Ingredients! North Vancouver Camper Comes Face-To-Face With Bear Poking At His Tent. Talk about a wake-up call. 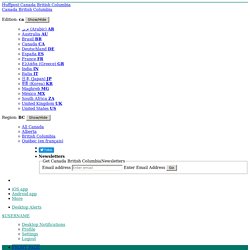 David James Weale was solo camping near Capilano River in North Vancouver last weekend when he woke up, stepped out for some fresh air, then went back to his tent to meditate. Then he heard footsteps outside the tent, and sat up to see a black bear about six metres away. Here's what happened next: "I was incredibly relaxed until he showed up.

He jumped and I jumped a little bit," Weale told The Huffington Post Canada. The bear started sniffing around, poking at the camper's tent. "He wasn't overly aggressive or making any signs of aggression. At one point, the bear snapped a tent pole and ripped a bit of mesh. File photo of a black bear in Vancouver, B.C. Nothing To See Here Except 25 Orphaned Bear Cubs Eating Apples. There’s more to this video than a bunch of fruit-snacking baby bears in northern British Columbia. 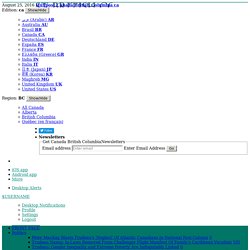 The Northern Lights Wildlife Society released the short clip of their furry residents on Tuesday to thank donors who have given money or food to build a new bear enclosure. “Here’s what we do with your support,” reads the caption for a video showing 25 bear cubs blissfully chomping on donated apples. The young animals in the video are mostly twins or triplets. All of them are orphans. Usually, they have lost their mothers in vehicle collisions — which is where Northern Lights steps in to help. Nothing To See Here Except 25 Orphaned Bear Cubs Eating Apples.

Sun Gazing - Journal. Sleepy Puppy Pile Is Ridiculously Cute (VIDEO) - love this. M.muskokaregion. MUSKOKA – If you’re lucky enough to catch a glimpse of an Algonquin wolf, the experience will be surreal and brief, especially now the species is moving closer to extinction. 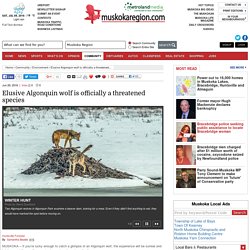 “Most times the wolf is there, then gone, like a ghost,” said Wesley Liikane, a Severn Bridge photographer. He snapped a picture of an Algonquin wolf when he was hiking in the southern part of Algonquin Park. With fewer than 500 left in Ontario (or somewhere between 250 to 1,000 – nobody knows for sure), the majority of wolves live in the park’s protected forest, says a provincial report. Some roam in the regions surrounding Algonquin, like Muskoka, but it’s unknown how many have survived hunting and trapping, habitat loss and road-related mortalities. In June, the Ontario Ministry of Natural Resources and Forestry upgraded the status of Algonquin wolves from a species ‘of special concern’ to ‘threatened.’ 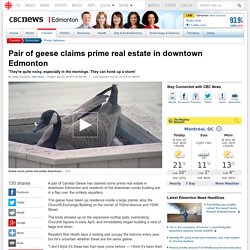 The geese have taken up residence inside a large planter atop the Churchill Exchange Building on the corner of 102nd Avenue and 100th Street. The birds showed up on the expansive rooftop patio overlooking Churchill Square in early April, and immediately began building a nest of twigs and down. Resident Rob Heath says a nesting pair occupy the balcony every year, but he's uncertain whether these are the same geese. "I don't think it's these two that have come before — I think it's been their parents. But these two were looking for a place to nest, and they decided to become our neighbours. " Heath, who ganders at his new neighbours every morning through his sliding patio doors, is looking forward to the day when the tiny collection of opal eggs becomes a gaggle of goslings. "They're quite noisy, especially in the mornings. Moosic: (n.) Moose music. As I lay in... - Britta Schroeder. Facebook. 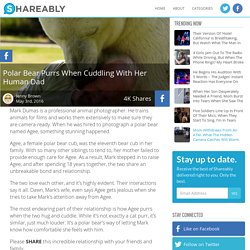 He trains animals for films and works them extensively to make sure they are camera-ready. When he was hired to photograph a polar bear named Agee, something stunning happened. Agee, a female polar bear cub, was the eleventh bear cub in her family. With so many other siblings to tend to, her mother failed to provide enough care for Agee. As a result, Mark stepped in to raise Agee, and after spending 18 years together, the two share an unbreakable bond and relationship. The two love each other, and it’s highly evident. The most endearing part of their relationship is how Agee purrs when the two hug and cuddle. Please SHARE this incredible relationship with your friends and family. [Source: Animal Planet] people have seen this Let's make it 50,000. 8 Bears Forever Canada Public Group. Vérification de sécurité nécessaire. 8 Bears Forever Canada Public Group. 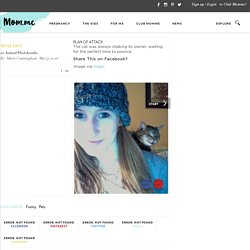