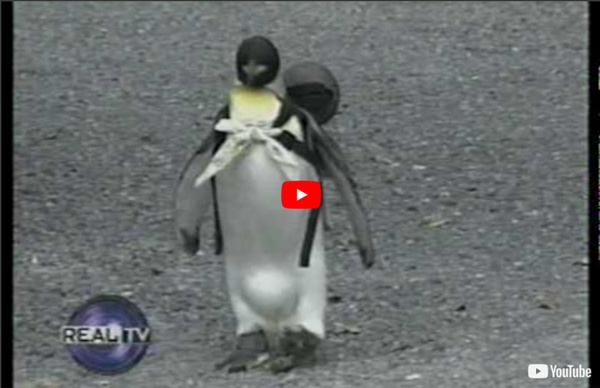 lone hero cares for abandoned animals of Fukushima The untold human suffering and property damage left in the wake of the Fukushima disaster in Japan has been well-documented, but there’s another population that suffered greatly that few have discussed – the animals left behind in the radioactive exclusion zone. One man, however, hasn’t forgotten – 55-year-old Naoto Matsumura, a former construction worker who lives in the zone to care for its four-legged survivors. He is known as the ‘guardian of Fukushima’s animals’ because of the work he does to feed the animals left behind by people in their rush to evacuate the government’s 12.5-mile exclusion zone. He is aware of the radiation he is subject to on a daily basis, but says that he “refuses to worry about it.” See more about his work and what he has seen in the exclusion zone below! More info: Facebook (h/t: vice, bbc, aplus) Naoto Matsumura is the only human brave enough to live in Fukushima’s 12.5-mile exclusion zone “They also told me that I wouldn’t get sick for 30 or 40 years.

BBC Nature - Corals inflate to escape being buried alive in sand 8 February 2012Last updated at 03:38 By Victoria Gill Science reporter, BBC Nature Footage captured over 20 hours shows the coral inflating and deflating to throw off sand Coral might appear solid and inanimate, but surprising new footage of a mushroom coral inflating itself to escape a sandy burial has brought the organism to life. A scientist from the University of Queensland used timelapse photography to capture the footage. It was already known that the species could release itself from the sandy seabed, but it was not clear how. Since corals move so slowly, time-lapse imagery was used to find out. Dr Pim Bongaerts captured the footage and published his findings in the journal Coral Reef. As sandy sediments shift on the seabed, corals need to breathe and prevent themselves from being smothered. "Sedimentation presents a major threat for corals, as they can become covered in a layer of sand from which they are unable to escape," explained Dr Bongaerts. Inflate and deflate

Hokkaido Island In Japan Is Home To 7 Unique Animals Hokkaido, the large island at Japan’s northern end, is home to populations of adorable little critters that can’t be found anywhere else in Japan. There are seven cute little critters in particular that you will absolutely fall in love with! Some of these are just subspecies of other more widely-spread critters, while others are unique natives. All of them, however, are cute. Whether it’s for the winter sports, natural sights, unique culture or cute animals, Hokkaido is definitely worth a visit if you’re ever in Japan. More info: Twitter (h/t: rocketnews24) Ezo Momonga The adorable ezo momonga is a type of flying squirrel unique to Hokkaido. Shima-Enaga The Shima-Enaga is a type of long-tailed tit that lives only in Hokkaido. Hokkaido red fox The Hokkaido red fox is simply a sub-species of the common red fox, but we really love foxes, so we won’t miss the opportunity to post a few more. Hokkaido red squirrel Ezo Naki Usagi Iizuna Ezo Fukuro The Ezo Fukuro is a local sub-species of the Ural Owl.

Penguin Cam, Ustream.TV: Penguin Cam - Topside In honor of Discovery Channel and the BBC's groundbreaking Frozen Planet series, we are proud to bring you We are pleased to announce the Penguin Cam will continue to broadcast LIVE in HD on the SeaWorld website beginning June 1. Join us every day to watch these funny and fascinating creatures swim, slide, eat and waddle around SeaWorld’s state of the art facility. Kept at a brisk 25°F year-round and featuring nearly 300 penguins from five different species, there's only two places in the world you can get this experience – Antarctica and SeaWorld. Tune in for periodic penguin feedings throughout the day. Be sure to check back often for announcements and news about our new penguin chat community coming soon. Frequently Asked Questions Where is this? How many penguins are here and what types are there? Why is the picture blurry?

Chimps, Like Humans, Act Out When They Know They're Right by Monica Joshi Chimpanzees are marvelous creatures. Jane Goodall has spent her whole life trying to understand them. As chimps share over 98 percent of our DNA, they have been known to make and hunt with spears. Researchers at Georgia State University, Agnes Scott College, Wofford College, and the University at Buffalo, The State University of New York have discovered that chimpanzees not only are capable of metacognition, but also can adjust their behaviour based on this metacognition. Published in the journal Cognition, their findings suggest that this reflects a form of cognition control that underlies intelligent decision-making across species. Humans are able to report confidence in a few different ways such as: using an oral reportage of confidence or lack thereof, numerical rating scales, and body language. In the course of the study, three chimps were tested using a series of computerized tests. Audrey Parrish, researcher from Georgia State pointed out that:

Earth - Rats will save their friends from drowning Saving another person from a life-or-death situation is something many of us do instinctively. But it's not unique to humans. Many primates will also help each other out. They are our closest relatives, so it's likely that our ape-like ancestors behaved in similar ways. In other words, our willingness to save others is an ancient trait, which modern humans have inherited. This trait may go back a surprisingly long way. When one was soaked in water, another rat quickly learned how to operate a lever that would allow it to escape to a safe and dry area. They did so even in the presence of a tempting chocolate treat, foregoing the lever that would release the food in favour of the one that would save the drowning rat. The rats therefore engage in helpful "prosocial behaviour" even if there was no apparent reward. Past experience played a role too. But when there was nobody to save, or the distressed rat was replaced with an inanimate object, the rats no longer pressed the lever.

reddit: the front page of the internet Incredible Photos Of Mongolian Tribe Show Deep Bond With Animals The Dukha tribe from Mongolia are one of the few remaining “lost” tribes that have completely escaped the realities of the modern world. They are best known as reindeer herders, but their connection with the animal world goes beyond reindeer. The magical photographs were taken by Hamid Sardar Afkhami who travelled to Khovsgol, Mongolia to photograph one of the few Dukha families that remain. Matadornetwork.com reports: The children of the tribe are raised surrounded by reindeer, and they build a close connection. The Dukha do not typically eat the reindeer unless the animals are no longer capable of helping them hunt or travel.

Disappearing Rusty Patched Bumble Bee is One Step Closer to Getting Protection Conservationists have been pushing for protection for a bumble bee that’s disappearing at an alarming rate and are now hopeful that it will get the help it needs as the first bee species to be protected under the Endangered Species Act. The rusty patched bumble bee, which can be identified by a rust-colored patch on its abdomen, was once a commonly seen pollinator from the midwest to the east coast, but scientists believe that it has disappeared from 87 percent of its historic range and that its population has declined by a startling 95 percent in just the past few decades. According to the Xerces Society for Invertebrate Conservation their main threats include pesticides, habitat loss, climate change and disease, but one of their biggest problems now may also be attributed to the spread of pathogens from bees who are raised and sold commercially to wild bumble bees. In 2013, the Xerces Society the U.S.

Incredible Nurse Cat From Poland Looks After Other Animals At Animal Shelter Radamenes, an angelic little black cat in Bydgoszcz, Poland, has come through hell and high water to help the animals at the veterinary center there get better. After the veterinary center brought him back from death’s door, he’s returning the favor by cuddling with, massaging and sometimes even cleaning other animals convalescing from their wounds and operations. Radamenes has become a local attraction, and people have begun visiting him at the center for good luck! More info: tvnmeteo.tvn24.pl Radamenes, who survived a respiratory infection, now helps other animals at this Polish shelter get better He was so sick, the people who brought him thought he would have to be put down But when the vets heard him purr, they decided to save him When he miraculously got better, they were surprised to see him start hugging and cleaning other animals He was especially friendly with animals that’d had serious operations The vets at the shelter jokingly say he’s a full-time nurse They call him their mascot