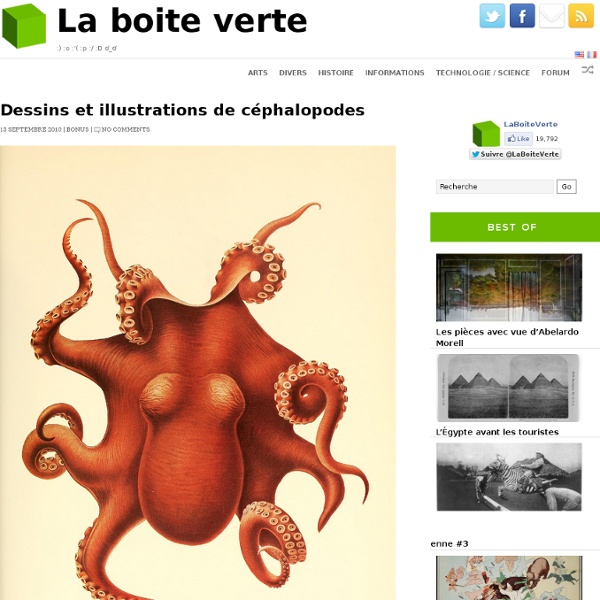 Irina Vinnik sketchbook (2011) by paul0v2 Thu, 09/22/2011 - 11:18 This amazing sketch book belongs to Russian artist and illustrator Irina Vinnik. These sketches are so amazingly done that they look more like the final piece, each page takes you to a different world of details that makes you dive into this drawings. Take a look and let us know what you think. For more from Irina Vinnik visit vinnik.net

Marco Mazzoni “The Encyclopedia of Impossible Animals”, fantastic coloured pencil and ink drawings from Marco Mazzoni’s sketchbook. marcomazzoni.tumblr.com Luigi Serafini sketchbook (1978) A truly unique work of fiction, ‘The Codex Seraphinianus‘ is a book that appears to be a visual encyclopedia of some unknown world or dimension. Written down in one of that worlds beautiful curving languages, the book by Italian artist, architect and industrial designer Luigi Serafini, explains the odd inhabitants and their colorful behaviors. The book was created between 1976 and 1978 and for the low price of about $500.00 you can ponder over your own copy… then again, if you can’t afford that, check out the video at the bottom. See Also MOUNTAINS OF BOOKS BECOME MOUNTAINS Via: howtobearetronaut.com

Celebrating the Art of the Doodle: 20 Awesome Doodles & Escape Into Life - StumbleUpon Faith Georgia Jabson Rodrigues molossus aka rooibas Jim Bradshaw Matt Lyon jdfy333 Sam Morrison Penny Raile Mariann Johansen Ellis celiaaa Roy Snippy Snippy Don Moyer Artimess Filippo Daniel Dors Sherrie Thai Dave Bollinger eklektick jdyf333 Check out the essay, “Beyond the Doodle,” by David Maclagan Codex Gigas, "the Devil’s Bible" Codex Gigas, otherwise known as ‘the Devil’s Bible’ is the largest and probably one of the strangest manuscripts in the world. It is so large that it is said to have taken more than 160 animal skins to make it and takes at least two people to lift it. It measures approximately 1 metre in length. According to legend, the medieval manuscript was made out of a pact with the ‘devil’, which is why it is sometimes referred to as the Devil’s Bible. It was written in Latin during the 13th century AD, and although the origin of the manuscript is unknown, a note in the manuscript states that it was pawned in the monastery at Sedlec in 1295. The story behind the making of Codex Gigas (“the giant codex”) is that it was the work of one monk who was sentenced to death by being walled up alive. Stories and legends say that the Codex Gigas brought disaster or illness on whoever possessed it during its history. By John Black Related Links Codex Gigas – National Library of Sweden Codex Gigas – Wikipedia