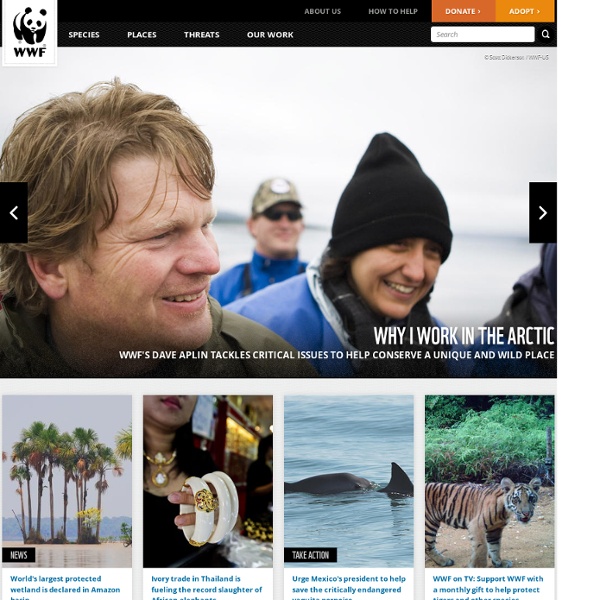 Millennium Promise - Home About Us At Millennium Promise, our vision is the eradication of extreme poverty, hunger, and preventable disease within our lifetime. Our mission is to provide the operational platform and resource mobilization for the Millennium Villages Project, which empowers communities to lift themselves out of extreme poverty. We believe that extreme poverty can be cut in half by 2015, even in some of the poorest, most remote places in the world. Through the Millennium Villages Project we are showing how, using a holistic, science-based approach to benefit more than 500,000 people across sub-Saharan Africa.

Gulf Seafood Deformities Raise Questions Among Scientists And Fisherman While the true extent of the 1989 Exxon Valdez oil spill was not known for about 4 years, as Al Jazeera notes in the video above, the repercussions of BP's 2010 Deepwater Horizon spill in the Gulf of Mexico may become apparent more quickly. Discovering eyeless shrimp, lesioned fish and other mutated and underdeveloped seafood, fisherman in the Gulf are pointing fingers at the BP spill. Biologist Dr. Lists of environmental topics The natural environment, commonly referred to simply as the environment, is all living and non-living things that occur naturally on Earth or some part of it (e.g. the natural environment in a country). This includes complete ecological units that function as natural systems without massive human intervention, including all vegetation, animals, microorganisms, rocks, atmosphere and natural phenomena that occur within their boundaries. And it includes universal natural resources and physical phenomena that lack clear-cut boundaries, such as air, water, and climate, as well as energy, radiation, electric charge, and magnetism, not originating from human activity. General lists[edit] Lists of countries[edit] Lists of disasters[edit]

Africa Blog In just three months, Benin has made rapid progress in delivering its “Cotonou Consensus” action plan on agriculture. At ONE, we say “well done!”, this is the profile of a champion! RoboBees to the Rescue RoboBees to the Rescue Posted: October 3, 2013 As you’ve probably read in the news, bee populations worldwide have been decimated by something called “colony collapse disorder.” Climate Leaders Learn How to Measure and Lower GHG Emissions Throughout an Organization's Supply Chain » EPA's Center for Corporate Climate Leadership serves as a resource center for all organizations looking to expand their work in the area of greenhouse gas (GHG) measurement and management. The Center was launched in 2012 to establish norms of climate leadership by encouraging organizations with emerging climate objectives to identify and achieve cost-effective GHG emission reductions, while helping more advanced organizations drive innovations in reducing their greenhouse gas impacts in their supply chains and beyond. The Center also recognizes exemplary corporate, organizational, and individual leadership in addressing climate change by co-sponsoring The Climate Leadership Awards with the Association of Climate Change Officers, the Center for Climate and Energy Solutions, and The Climate Registry, and serving as the Climate Leadership Conference headline sponsor.

Home-made Sun Jar AdWords We use AdWords to deploy digital advertising on sites supported by AdWords. Ads are based on both AdWords data and behavioral data that we collect while you’re on our sites. The data we collect may include pages you’ve visited, trials you’ve initiated, videos you’ve played, purchases you’ve made, and your IP address or device ID. Biome Quiz What's a Biome? Biomes are the world's major habitats. These habitats are identified by the vegetation and animals that populate them.

Vey nice and helpful imformation Sharlin by fizaladha May 1