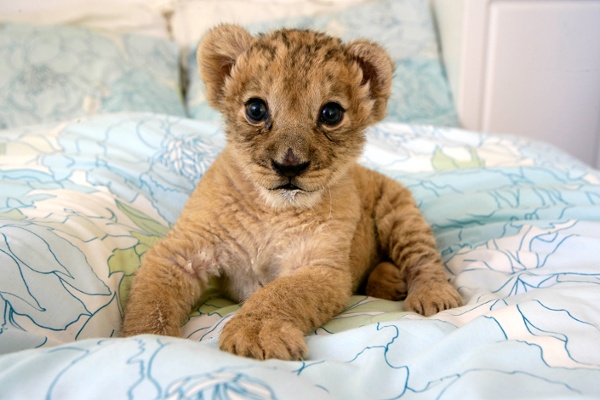 Caramel Brownie Cheesecake This is a monkeyhead concoction so please don’t be disappointed with me that it’s not 100% homemade. Sometimes as a mom you have to go with your childrens ideas in order to lift their creative wings. Monkey One loves cheesecake and caramel, Monkey Two has a passion for brownies you put the two of these knuckleheads together and look at what they come up with… Caramel Brownie Cheesecake. You gotta love the way these boys think. To see their vision come to fruition we used one of our favorite brownie mixes, a no bake white chocolate cheesecake recipe from Williams-Sonoma and we tried Jamie’s homemade caramel recipe from My Baking Addiction. M2 loves his brownie mix above because while I’m at work he can whip up a batch with my surfer and feel like he has stepped out of his sous chef role into the postion of head honcho. While the boys made the brownie mix I lined a springform pan with parchment paper. Once the brownie mix was in the oven we moved on to making Jamie’s caramel. Voila!

Blind cat's story strikes a chord in tough economic times TOKYO - Homer started out with a lot against him. Abandoned as a tiny kitten, a virulent infection meant he had to have both eyes removed to save his life. His fortunes changed when he was taken home by Gwen Cooper, an avid cat lover who was instantly charmed by the kitten's energy and enthusiasm for life despite his problems. She christened him "Homer" for the blind Greek poet who wrote epic poems such as "The Odyssey." As the sleek black feline grew from impetuous kitten into energetic cat, leaping around her apartment and rarely falling despite not being able to see, Cooper found her thinking changing. In Homer's case, this included leaping five feet into the air to capture flies and once scaring off an intruder who had broken into Cooper's apartment. "I was living with a cat who was not supposed to be able to live a normal life and was not supposed to be able to do things that other cats do. "I talk a lot in the book about blind leaps of faith. (Editing by Stephen Addison)

Stunning Photography by Hougaard Malan | smashingpicture.com “I had no prominent artistic or photographic influence in my childhood or family. I was born in the Free State and moved to the Western Cape at the age of 6. If I could briefly sum up my childhood it would be a lot of falling off bicycles and long nights playing computer. My guess about where my eye and passion for photographing landscapes came from is as good as anybody’s. I am obsessed with the moments created when the elements of nature combine as if painted by a god, to create scenes so beautiful that one has to take the time to stand back in awe and just marvel at the beauty of the world we live in. I am now 21 and I’ve been shooting part time for a bit more than two years. Visit website ↑ Back to top

Lightened Loaded Potato Soup | Handle the Heat Cats in the Snow - AmO Images: Capturing the Beauty of Life - AmO Images: Capturing the Beauty of Life "When I play with my cat, how do I know that she is not passing time with me rather than I with her?" ~ Montaigne "Forever in my heart..." by sabine rath Test King Website is a great way to prepare you perfectly and effectively for real 642-999 exam. ISC CISSP Certification dumps from 000-454 can help you much better for final exam.

10 Best Places to Live for Escaping World Conflict | Expatify Where would you be the safest if World War 3 broke out tomorrow? Perhaps it’s a grim subject, but safety and distance from world conflict can be a motivating factor in your choice to expatriate. At the very least, conflict around the world can weigh heavy on the soul, and it’s nice to know there are some places still left in the world where you might be left in peace. Thus, we’ve assembled a list of the 10 best places to live if you want to escape world conflict. 10. Switzerland’s long history of neutrality and its tucked away location among the valleys of the Alps still make it a safe bet, even despite having a high number of bordering nations. 9. Costa Rica has a stable democracy, a disbanded military and a national policy of neutrality. 8. There are regions of Papua New Guinea that are still being discovered for the first time. 7. Canada is the second largest nation in the world, yet it only shares a land border with one other country– the U.S.A.– and it is a peaceful border. 6. 5.

50 of the Most Eccentric Creatures of Nature The most eccentric places on Earth are the ones untouched by human hand, nor altered by pollution. The most eccentric animals are not seen on a regular basis and if some are, it’s difficult to capture them in unique and impressive poses. This blog post focuses on “amazing”: rare animals, detailed close-ups, unexpected poses, unusual dimensions and colors. Some shots are funny, some are cute and some are simply jaw dropping or scary, all in a 50 amazing animal world photography showcase! African Bat 1 African Bat 2 Avicularia Versicolor Hoo Are You Looking At? Sleeper Lurking Flip of a Humpback Whale Eclipse Stoat or Ermine Sun Bear Tongue Open Range Sloth Close-Up of a Bison Punker Green Tree Python Envole Moi Dalmatian Pelican and Catch Link Ulat Mosquite Trap Stammbaum Wash Lemon Shark Rare Orange Monkey Basking Shark Raindrop Refresher My Dog Charlie Gelada Monkeys Spider Monkey Perfect Trap Silverback Western Lowland Gorilla Strikes a Pose Proboscis Monkey Cormorano Awesome Tiger Baby Turtle Walrus Black Panther Rhino

18 Places to Feel Dwarfed by Nature Sure we present a lot of cool new hotels and awesome architectural sites, but to some travelers, those things don’t mean a thing. Adventure seekers and nature lovers like to be swallowed whole by the natural beauty that surrounds them. The Matador Network recently scoped out 18 places that have the ability to make one feel very, very small. Here are a few of these awe-inspiring locations. Salar de Uyuni, Bolivia This salt plain is the world’s largest and traps rainwater during wet winter months, creating a tripped-out sky mirror.[image: Carlos Díaz] Great Ocean Road, Australia The coast along one of the world’s most spectacular roads is also good for a walk. Yosemite National Park, CaliforniaHalf Dome is a granite dome in Yosemite National Park, located in northeastern Mariposa County, California, at the eastern end of Yosemite Valley — possibly Yosemite’s most familiar rock formation. Desert, southern Peru Sand accumulates into massive dunes in one of the driest deserts on Earth.

Warm Toasted Marshmallow S'more Bars Elephants Winter Joy Elephant’s Winter Joy. Elephants play in the snow at a zoo in Berlin. Elephants are large land mammals in two genera of the family Elephantidae: Elephas and Loxodonta. Three species of elephant are living today: the African bush elephant, the African forest elephant and the Asian elephant . All other species and genera of Elephantidae are extinct, some since the last ice age although dwarf forms of mammoths may have survived as late as 2,000 BC. Pets Foto Daily Choose

22 Incredible Photos of Faraway Places Thailand Chances are you already know Steve McCurry as the man who took one of the most iconic photos of our time. It was of a 12-year-old Afghan refugee girl who's piercing green eyes told us her harrowing story. The image itself was named "the most recognized photograph" in the history of the National Geographic magazine and her face became famous as the cover photograph on their June 1985 issue. Beyond just that one photo, McCurry has shot over a million images spanning 35 years. Looking through his large body of work, we get to experience fantastic faraway places we can only dream about visiting. Afghanistan Sri Lanka Yemen Tibet Cambodia India Burma Eastman Kodak let McCurry shoot the last ever produced roll of Kodachrome transparency film. Steve McCurry More Incredible Photos:Capturing a Country's CultureBreathtaking Visions of EarthTragic Portraits of America's Endangered SpeciesIncredible Wildlife Shots by Rob Kroenert

Most Colorful River In The World | River, During, Water, Site,... At first I thought this was a hoax, so I looked it up on the net. It really does exist!! The river shown in the photographs is the Caristales (CAÑO CRISTALES), which is located near the town of La Macarena in Colombia , South America . The river, world famous for its colorful display, has been called:"the river that ran away to paradise," "the most beautiful river in the world" and "the river of five colors". During Colombia 's wet season, the water flows fast and deep, obscuring the bottom of the river and denying the mosses and algae that call the river home the sun that they need. The part of the river where the colourful blooms occur is quite isolated and is not accessible by road. So far, some 1,000 people have visited Caristales, including around 100 foreign tourists. The tours will follow four clearly marked and authorized paths and one is no longer permitted to stay overnight or cook, as this was ruining the area previously.