What Happened Before History? Human Origins 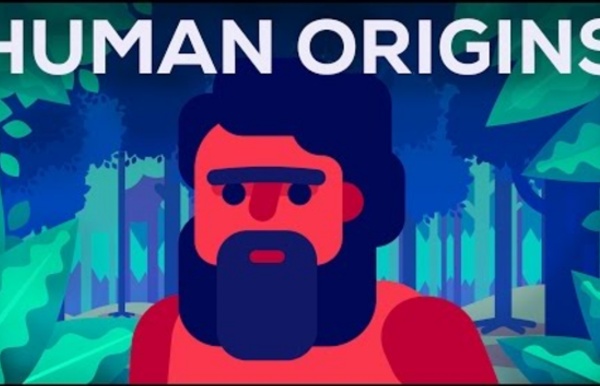 Ancient Skull Found In China Challenges Current Evolutionary Theories Every now and then there's a new piece of evidence that shakes up what we thought we knew about the origin of our species. Take, for example, the recent excitement over the European tooth fragments, which as one paleontologist told National Geographic is probably "much ado about nothing". The latest find to puzzle researchers is a 260,000-year-old skull, known as the Dali skull, that looks remarkably similar to the earliest known remains of Homo sapiens. The problem is that the fossil is not where we would expect it to be. Archaeologists have unearthed comparable remains in Morocco, but this particular skull was found in Shaanxi, a province in northwestern China. The implication being that modern humans did not only originate from tribes in Africa but from human populations elsewhere.

Y-Chromosomal Adam Lived 208,300 Years Ago, Says New Study According to new research reported in the European Journal of Human Genetics, our most recent common ancestor – the so-called Y-chromosomal Adam – lived on the Earth 208,300 years ago. Creation of Adam, detail. By Michelangelo Buonarroti, 1510. Dr Eran Elhaik from the University of Sheffield and his co-authors used conventional biological models to show that Y-chromosomal Adam is 8,300 years older than scientists originally believed. They put Y-chromosomal Adam within the time frame of the Mitochondrial Eve. “We can say with some certainty that modern humans emerged in Africa a little over 200,000 years ago,” Dr Elhaik said.

Ancient Anunnaki Civilization Discovered In South Africa – This Changes History Forever! It has long been thought that the great pyramid of Giza is the most significant structure that is over 5000 years old, and the famous megalithic temples in Malta is substantial at over 3000 years old. These civilizations have also been considered among the most advanced of the ancient world. However, Michael Tellinger and Johan Heine have proven these assumptions wrong in recent years. They discovered Mozambique’s Maputo which is thought to be over 200,000 years old, and the 10,000 km-large city as a whole ranks it above all the aforementioned Earthly wonders. In 1969, construction workers found an alleged 200,000-year-old antediluvian structure in Oklahoma In 19690, construction workers in Oklahoma stumbled across a structure that according to many could rewrite history. The team of workers discovered the remains of a 200,000-year-old structure. Newspaper The Oklahoma covered the story in 1969. Could Oklahoma’s “Ancient Mosaic Floor”—contianing mystery post holes—rewrite the history of not only North America but the entire planet as well? According to a newspaper report published in 1969, the structure found by construction workers in Oklahoma dates back around 200,000 years. In nearly all corners of the world have researchers and archaeologists stumbled across things they can hardly explain.

Large Carnivores May Have Scavenged on Neanderthals, Study Finds The teeth were found at the same dig site that previously showed possible evidence of cannibalism. Video Player is loading. Current Time 0:00 Duration 4:05 Remaining Time -4:05 First modern Britons had 'dark to black' skin, Cheddar Man DNA analysis reveals The first modern Britons, who lived about 10,000 years ago, had “dark to black” skin, a groundbreaking DNA analysis of Britain’s oldest complete skeleton has revealed. The fossil, known as Cheddar Man, was unearthed more than a century ago in Gough’s Cave in Somerset. Intense speculation has built up around Cheddar Man’s origins and appearance because he lived shortly after the first settlers crossed from continental Europe to Britain at the end of the last ice age. People of white British ancestry alive today are descendants of this population.

This Face Changes the Human Story. But How? By Jamie Shreeve, National Geographic Learn how your family history is connected to the human journey with National Geographic’s Geno 2.0 DNA ancestry kit . 85,000-year-old Homo sapiens bone found in Saudi Arabia rewrites human history - Archaeology A single finger bone found in Saudi Arabia dated to 85,000 years has been definitively identified as human, and is changing the paradigm of human migration out of Africa. The unexpected discovery at Al Wusta – today a site in the heart of the Al-Nefud desert – shows that modern humans left Africa much earlier than had been thought, in multiple waves. Also, the location of the fossil far from the sea indicates that the model of humans hugging the coasts while leaving Africa is wrong, too, according to the report in Nature on Monday. If anything, the bone in and of itself understates the potential revelation regarding our prehistory.