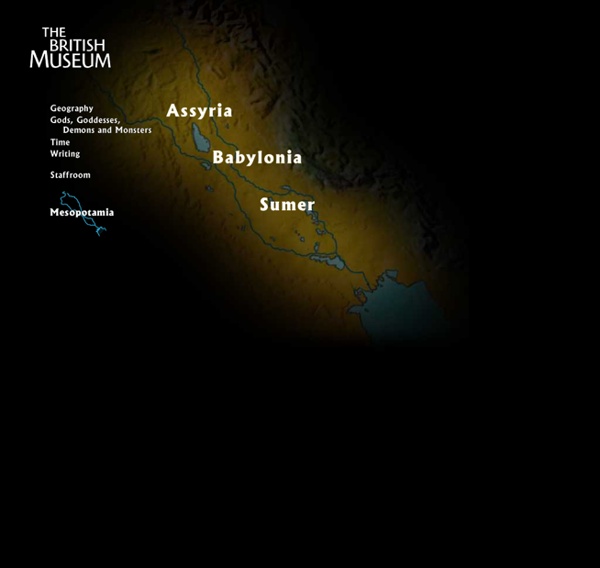 Mesopotamia, A History of. A Place For Civilization To Begin Mesopotamia Edited By: Robert Guisepi Mesopotamia is a region, not a country. Refer to the individual Peoples that made up Mesopotamia; the Sumerians, Akkadians, Babylonians, Assyrians, Chaldeans, and to some degree the Hittites, Phoenicians and Persians In the narrow sense, Mesopotamia is the area between the Euphrates and Tigris rivers, north or northwest of the bottleneck at Baghdad, in modern Iraq; it is Al-Jazirah ("The Island") of the Arabs. South of this lies Babylonia, named after the city of Babylon. Ancient Egypt Ancient Egypt was an ancient civilization of Northeastern Africa, concentrated along the lower reaches of the Nile River in what is now the modern country of Egypt. It is one of six civilizations globally to arise independently. Egyptian civilization coalesced around 3150 BC (according to conventional Egyptian chronology)[1] with the political unification of Upper and Lower Egypt under the first pharaoh.[2] The history of ancient Egypt occurred in a series of stable Kingdoms, separated by periods of relative instability known as Intermediate Periods: the Old Kingdom of the Early Bronze Age, the Middle Kingdom of the Middle Bronze Age and the New Kingdom of the Late Bronze Age. History Map of ancient Egypt, showing major cities and sites of the Dynastic period (c. 3150 BC to 30 BC) Predynastic period

Sculpture of mystery king dating back 3,000 years found in Israel Posted about an hour agoSat 9 Jun 2018, 4:08pm An enigmatic sculpture of a king's head dating back nearly 3,000 years has set off a modern-day mystery caper as scholars try to figure out whose face it depicts. The five-centimetre sculpture is an exceedingly rare example of figurative art from the Holy Land during the 9th century BC — a period associated with biblical kings.

Collapse: Mesopotamia Mesopotamia was known as the land between two rivers, the Tigris to the north and the Euphrates to the south. Rains were seasonal in this area, which meant that the land flooded in the winter and spring and water was scarce at other times. Farming in the region depended on irrigation from the Tigris and Euphrates Rivers. In ancient times, many resources in Mesopotamia were scarce or absent, which stimulated trade within the region and beyond. History of the ancient Levant The Levant is a geographical term that refers to a large area in Southwest Asia, south of the Taurus Mountains, bounded by the Mediterranean Sea in the west, the Arabian Desert in the south, and Mesopotamia in the east. It stretches 400 miles north to south from the Taurus Mountains to the Sinai desert, and 70 to 100 miles east to west between the sea and the Arabian desert.[1] The term is also sometimes used to refer to modern events or states in the region immediately bordering the eastern Mediterranean Sea: Cyprus, Palestinian territories, Jordan, Israel, Lebanon, and Syria. The term normally does not include Anatolia (although at times Cilicia may be included), the Caucasus Mountains, Mesopotamia or any part of the Arabian Peninsula proper. The Sinai Peninsula is sometimes included, though it is more considered an intermediate, peripheral or marginal area forming a land bridge between the Levant and northern Egypt. Stone Age[edit] Bronze Age[edit]

UK heatwave reveals long-hidden archaeological sites buried underground Updated 14 minutes agoFri 13 Jul 2018, 3:09am The heatwave that has gripped the United Kingdom in recent weeks has led to drought and parched fields across much of the nation. The dry conditions also revealed long-hidden archaeological sites buried underground. The Royal Commission on the Ancient and Historical Monuments of Wales (RCAHMW) released aerial pictures of crop markings that show a large number of underground ancient sites. The crop marks showed prehistoric settlements and Bronze Age barrows across the Llyn Peninsula in parts of north Wales, the RCAHMW said on their website. "A newly discovered early medieval cemetery of square barrows seen in the south Gwynedd is a very rare monument type for Wales," the RCAHMW said.

Ancient Mesopotamia - The Sumerians Ancient Mesopotamia and the Sumerians The word Mesopotamia comes from Greek words meaning "land between the rivers." The rivers are the Tigris and Euphrates. The first settlers to this region did not speak Greek, it was only thousands of years later that the Greek-speaking Alexander the Great, King of Macedonia, conquered this land and carried with him his culture. Lower Mesopotamia is located the modern country of Iraq, while Upper Mesopotamia is in Syria and Turkey. History of Minoan Crete Geography and Economy of Crete The island of Crete is located in the center of the eastern Mediterranean at the crossroads of Africa, Asia, and Europe. It measures about 200 Km from east to west, and between 12 to 58 Km from north to south at its narrowest and widest distances, making it one of the largest islands in the Mediterranean sea.