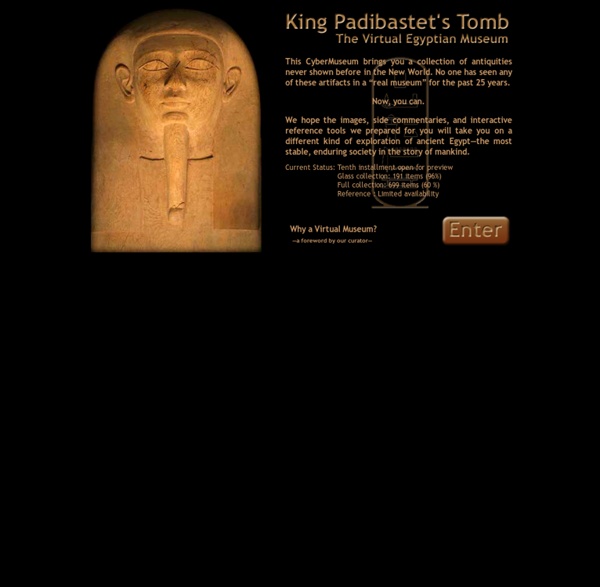 King Tut Revealed By A.R. Williams He was just a teenager when he died. Inside King Tut’s subterranean burial chamber, against a backdrop of sacred murals, Zahi Hawass, head of Egypt’s Supreme Council of Antiquities, removes padding to reveal the young pharaoh’s remains. Clues From Top ... Did the young pharaoh die from a blow to the head? As evidence, they cite an x-ray taken in 1968, which shows a fragment of bone in the skull cavity—emptied by embalmers, according to custom. The maturity of the skeleton and wisdom teeth confirms that Tut was about 19 years old when he died. ... to Bottom About five feet six inches tall (1.7 meters) and slightly built, Tut was in excellent health—well fed and free of any disease that would have affected his physique. Tut’s funerary equipment—including chariots, bows, arrows, and throwing sticks —indicates that he had learned to hunt and fight like a proper pharaoh. Splendor of the Inner Sanctum Guide to the Great Beyond In his defense, Carter really had little choice.

Bric à Book Global Egyptian Museum History - Ancient History in depth: The Story of the Nile Creative Ways to Repurpose & Reuse Old Stuff Clever and creative ways to repurpose and transform ordinary objects into useful stuff… Bottles Into Pendant Lamps | Via Wine Bottles Into Chandelier | Via Drum Kit Into Chandelier Designer: ludwigmetals | Via: JJ’sRedHots Credit Cards Into Guitar Picks | Via Credit Cards Into Guitar PicksLightbulbs Into Oil Lamps | Sergio Silva Wrenches Into Wall Hooks | Via CD Spindle Into Bagel Holder | Via Bicycle Into Sink Stand | Via Bike Wheel Into Clock | Via Glove Into a Chipmunk | Photos by Miyako Toyota | Happy Gloves Old TV Into Aquarium | Via Pop Tabs Into Bag | Via Spoons Into Lamp | Via Old Piano Into Bookshelf | Via Hangers Into Room Divider | Via Tennis Rackets Into Mirrors | Via Bowlers Into Lamps | Via Old Books Into Shelves | Via Chair Into Shelf/Closet Unit | Via Vintage Suitcase Into Chair | Via Old Ladder Into Bookshelf | Via

Musées virtuels NOVA | Explore Ancient Egypt Explore Ancient Egypt With 360-degree and other imagery, walk around the Sphinx, enter the Great Pyramid, visit tombs and temples, and more. Want to walk around the Sphinx? Clamber inside the Great Pyramid of Giza and seek out the pharaoh's burial chamber? View From Top You are now standing atop Khufuí­s Pyramid, 45 stories above the Giza Plateau. Other things to look for as you navigate around the summit are the Sphinx, Khufu's three Queens' Pyramids, greater Cairo, and—hard to miss—Khafre's Pyramid. Descending Passage Length: 192 feetWidth: 3.5 feetHeight: 4 feetAfter ducking into the Great Pyramid at its entrance 55 feet up its northern face, you begin working your way carefully down the Descending Passage. Subterranean Chamber Length: 46 feet (planned)Width: 24 feet (planned)Height: 17.5 feet (planned)This unfinished chamber, lying nearly 100 feet below the surface of the Giza Plateau, is closed to the public. Do you see the small grated opening across the room from the entrance? Sphinx

Birmingham Virtual Museum During Spring 2013 Birmingham Egyptology discussed the topic of virtual museums at the fortnightly forum. Through this debate it was realised that no clear definition of a ‘virtual museum’ existed and that the digital world could allow those interested in displaying objects to present their findings in new and innovative ways. There were however, no online platforms allowing research to be submitted to a virtual museum. Therefore Birmingham Egyptology decided to create this platform for those people researching objects thereby enabling them to submit their virtual exhibitions. There are only two things needed to create an online exhibition; interpretation and digitization. If you would like the chance to present your research on this platform please email for details (enquiries@birminghamegyptology.co.uk). 3D models are available in pdf format linked to some of the objects presented.

New clues illuminate mysteries of ancient Egyptian portraits WASHINGTON — Scientists are getting a clearer picture of how ancient Egyptians painted lifelike portraits that were buried with mummies of the depicted individuals. These paintings sharply departed from Egyptians’ previous, simpler artworks and were among the first examples of modern Western portraits, archaeologist and materials scientist Marc Walton reported February 14 at the annual meeting of the American Association for the Advancement of Science. The “mummy portraits” date to more than 2,000 years ago, when the Roman Empire controlled Egypt. Three such portraits of Roman-era Egyptians, found more than a century ago at site called Tebtunis, were created by the same artist, said Walton, of Northwestern University in Evanston, Ill. Many pigments in the portraits probably came from Greece, Walton said. Walton plans to study 12 more Egyptian mummy portraits, as well as paintings of women in pink garb and ones of military gods that have also been found in Egyptian tombs.

These Funny Pictures Prove That Kids are Basically Very Tiny Insane People. - Ice Trend Having a kid is weird. Your life will transform into essentially two oscillatingÂ extremes of super boring and crazy-go-nuts out of control. One minute you’re watching your kid finish his dinner at glacial speed, the next moment you’re chasing him around trying to get him back in the tub. 1.) 2.) 3.) 4.) 5.) 6.) 7.) 8.) 9.) thechive 10.) 11.) 12.) 13.) 14.) 15.) 16.) 17.) 18.) If an adult acted this way would would instantly put him in a clinic. Ancient Egypt - Ancient History Under Ahmose I, the first king of the 18th dynasty, Egypt was once again reunited. During the 18th dynasty, Egypt restored its control over Nubia and began military campaigns in Palestine, clashing with other powers in the area such as the Mitannians and the Hittites. The country went on to establish the world’s first great empire, stretching from Nubia to the Euphrates River in Asia. In addition to powerful kings such as Amenhotep I (1546-1526 B.C.), Thutmose I (1525-1512 B.C.) and Amenhotep III (1417-1379 B.C.), the New Kingdom was notable for the role of royal women such as Queen Hatshepsut (1503-1482 B.C.), who began ruling as a regent for her young stepson (he later became Thutmose III, Egypt’s greatest military hero), but rose to wield all the powers of a pharaoh. All of the New Kingdom rulers (with the exception of Akhenaton) were laid to rest in deep, rock-cut tombs (not pyramids) in the Valley of the Kings, a burial site on the west bank of the Nile opposite Thebes.